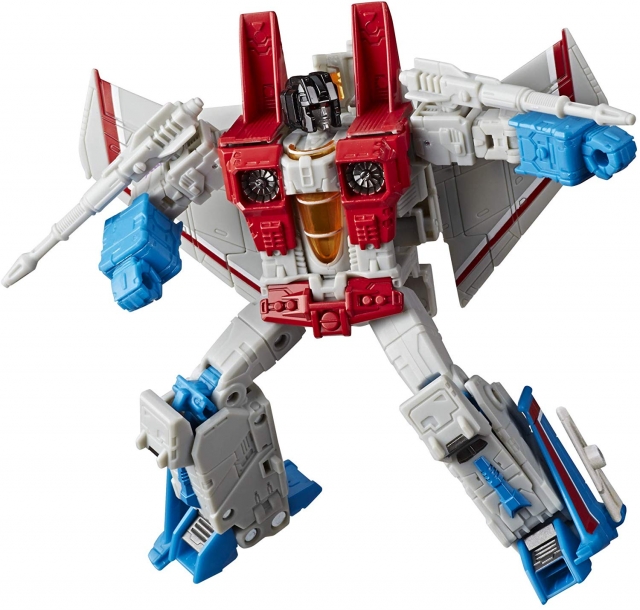 Transformers War for Cybertron Earthrise WFC-E9 Starscream is Voyager Class and stands approximately 7.0-inches tall in robot mode.  WFC-E9 Starscream transforms from Fighter Jet to robot and back and is screen accurate to the Transformers: War For Cybertron Earthrise Chapter Netflix Animated Series.  Each War For Cybertron figure jumps out of the animated series and into your collection with a high attention to detail and accurate color schemes reflecting their appearance in the War for Cybertron: Earthrise series.

Build the Battlefield Beyond -- The siege is over, but the War for Cybertron has just begun. The Autobots and Decepticons have left Cybertron, but their battle rages on as they speed through space in pursuit of the Allspark. Now, fighters must instantly adapt to battle anywhere in the cosmos. With the highly advanced A.I.R. (Adaptable Interconnection Retrofitter) Locks system, the fighters don’t head to the battlefield -- they become it. Bots capable of converting into Modular Battle Stations can A.I.R.-Lock together in custom configurations to fit the needs of battle. This ecosystem of collectible figures allows fans to build out epic space battle scenes, featuring figures that can convert into Modular Battle Station modes and connect together to expand the battlefield (each sold separately, subject to availability). The scheming Decepticon air commander, Starscream, converts into classic G1 jet mode in 30 steps and comes with 2 weapon accessories.

Add WFC-E9 Starscream to your collection today from Toygeek:  Your Source for Hasbro Transformers War For Cybertron Earthrise Chapter Figures. 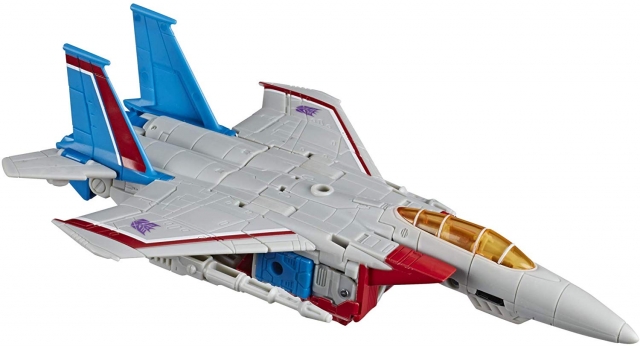 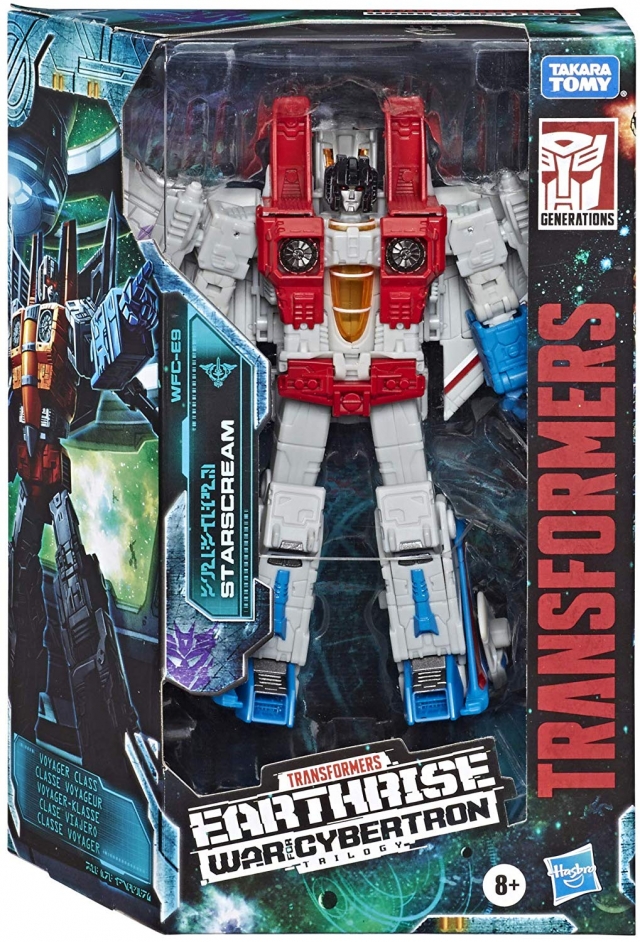 Looks good and feels good.. The colors are nice. 2 complaints: no landing gear and the wings pop off with only the slightest pressure.

When first revealed, I was not going to get this figure until I saw that jet mode! That was the Starscream I remember! I love the alt mode it fits together well and reminds me of the original. I only wish he had landing gear! I like the robot mode as well. Good face sculpt and nice details. He looks great to me! Fits my collection perfectly!

If you own the classics seekers mold. Itâ€™s the 2.0 of that. There have been improvements to the articulation to fit in with the other figures of this series and some improvements to the transformation (in my opinion). The only real drawback Iâ€™ve found with this figure is that there is no waist swivel and that they didnâ€™t borrow the landing gear from the original classics seeker mold, but Iâ€™ll live. Overall, I recommend this figure even to those that already possess the original classics seeker mold!

This is essentially an upscaled version of the old Universe/Classics Starscream, but with a few minor changes. The transformation is slightly different, it has more articulation and there are some accuracy improvements in the sculpt and paint. He also doesn't have the looseness in the joints and wings that the Classics one has. Unfortunately, the cockpit is still wrong for an F-15, but it's not just an F-14 cockpit, like the Classics one was. The jet exhausts are also less accurate than the old version due to how the feet work, and the figure doesn't have landing gear. Still, these are minor things as this is a fantastic figure overall. I love the Classics mold and I love this one too. He goes great with my Siege collection.

There is no waist joint and there is paint chipping but the figure looks incredible it is fun to play with.