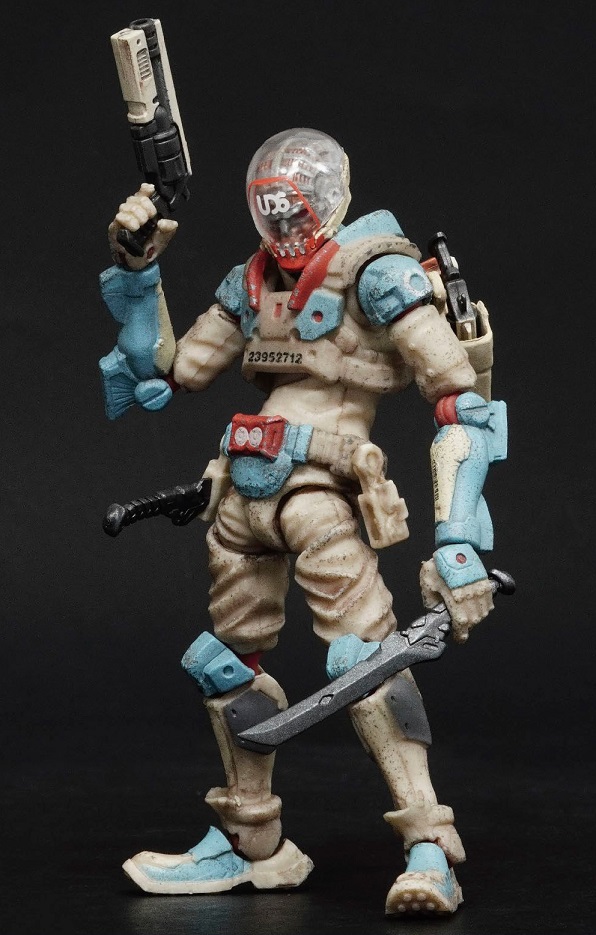 Originally developed as a simple court clerk, the AI review system MAMA became so efficient that she rendered all the court’s human staff unnecessary. Eager to process cases more effectively and minimize human bias and corruption, the government-connected MAMA to the Space Quantum Computer and delegated her all judicial decisions of Security District 28.

This initiative achieved spectacular results within half a year. However, the implementation of sentences could not catch up with MAMA’s rapid court decisions. The government enlisted the help of UD6 Security Co. and linked MAMA to 500 mechanical combat models installed with Hiro’s combat data - forming the AI Adjudicator squad BOYS. Thus, it was as if MAMA gained 500 pairs of eyes.

In contrast to human detectives, when a crime occurs, the BOYS use a holistic evidence search mode with MAMA’s help. Through their combined rapid holistic evaluation, sentences can be executed on the spot if the evidence is conclusive and does not require further review.

As MAMA’s database swelled in size, so did her power. The types of cases handled by BOYS increased each day, deeply worrying human detectives.