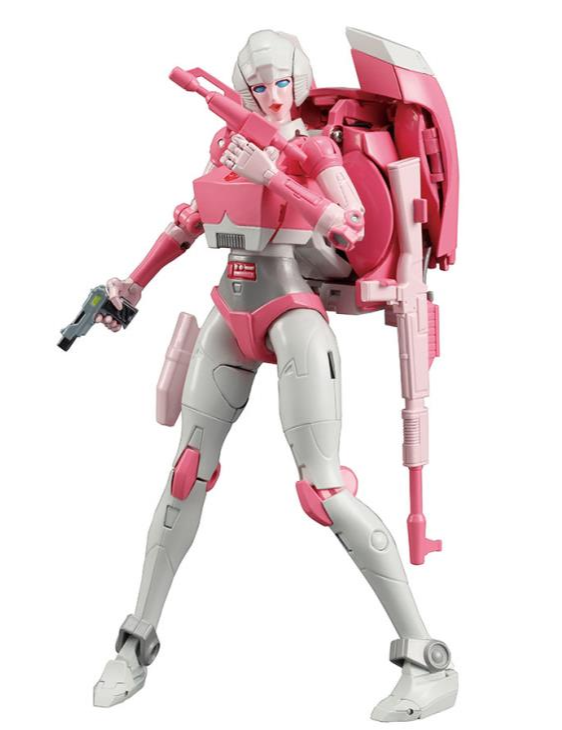 In the Transformers Masterpiece series, Arcee, a female-type cybertron member appearing in the 1986 animated feature "Transformers: The Movie" and also being active in subsequent anime and movies, is finally here!

MP-51 Arcee thoroughly brings out the styling of Arcee that appeared in "Transformers: Animated". In robot mode, the backpack is made as compact as possible to reproduce the attractive styling of Arcee in the animation. Arcee in vehicle mode shows off a futuristic car type vehicle with a beautiful curved line.

MP-51 Arcee is likely the greatest version of Arcee and a true masterpiece of a Transformers figure.  A centerpiece of your collection get yours at Toygeek your source for everything Transformers. 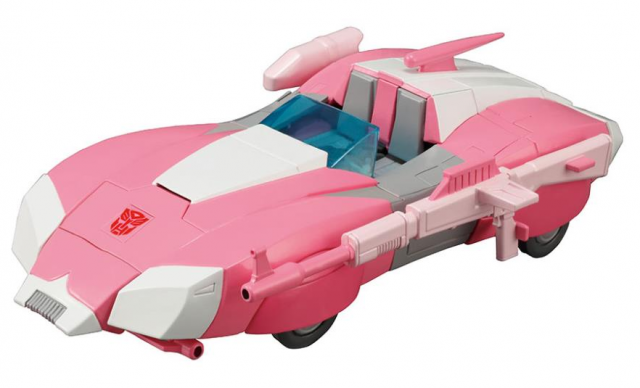 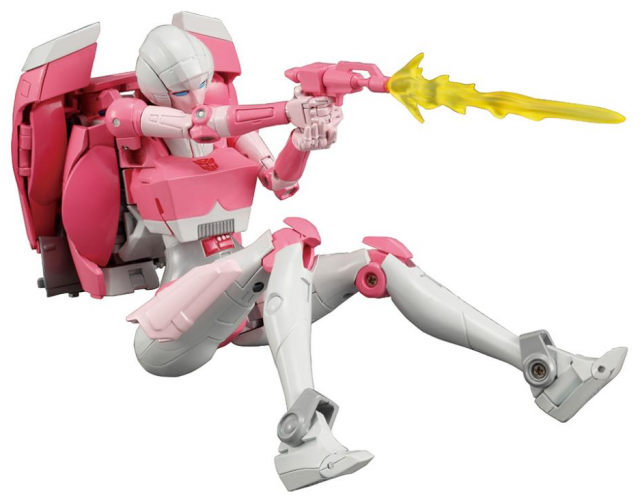 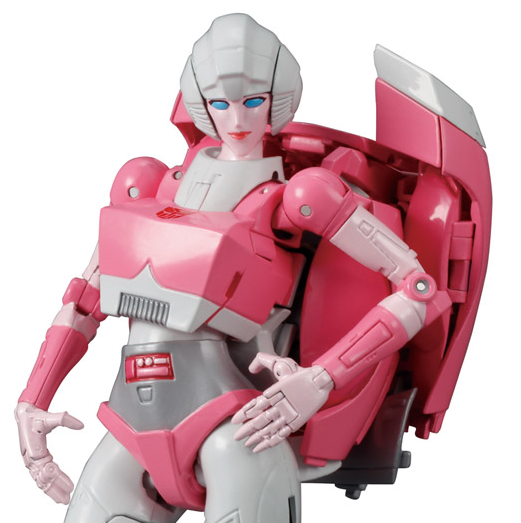 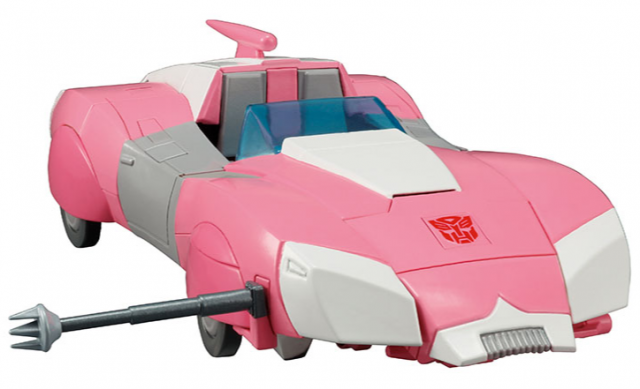 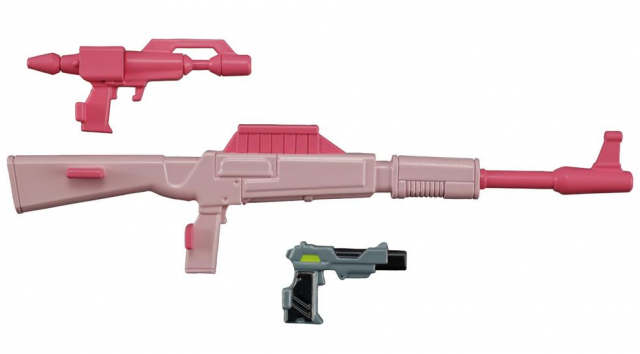 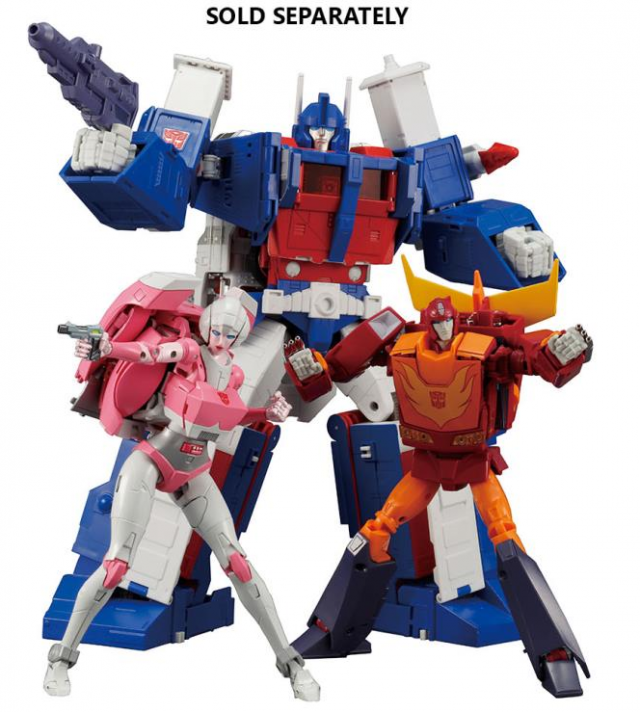 I have nothing bad to say about this one. I don't care that she has a backpack and I don't care about her chest. For me what I want out of the masterpiece line is a highly engineered, attractive, and fun to transform top of the line interpretation of the characters. This checks all of the boxes for me. It is very sturdy. Has an unquestionably superior vehicle/alt mode. And I think she looks very attractive in robot mode. If you want as close to the cartoon as possible then maybe you need the FT version. But this one has lots of great accessories, is fun to transform once you get the hang of it, and is one of the most pose-able MP figures I have ever seen. It takes a little patience to get her to stand at times but with a little effort and tweaking she will do almost anything.

This is only my 3rd official Masterpiece and I absolutely love her. I know some of the official MP stuff has issues, but this seems to be one of the really good ones.

Out of the box, her car mode looks great, just like what we saw on the cartoon. The transformation can be a little fiddly, especially getting the car bits to collapse on the back, but once you get it done the robot looks great. She's top heavy, so getting her standing can take a bit of work. But, once you do, she's solid as can be. I love the amount of accessories she has with her. I currently have mine posed with the default face and she's holding the big rifle because Arcee is a butt kicking character. I also have the pink pistol holstered on her leg, since that's an option.

So, yeah, a really solid figure and a great addition to my growing collection of MP scaled figures. I love that I picked her up on sale too, that's what made me want to buy her here at TFSource.

This is, by far, my favorite Arcee. She is a quality transformer, but does raise the question that bob budiansky raised when hasbro approached him with the idea of a "female transformer": aren't transformers asexual?
She brings a welcome splash of color to my shelf, but has a "smurfet" feel (1 female to 99 "male")

While not perfect it's darn near. The design is almost perfect to that of the cartoon and the articulation is phenomenal. All in all about a 9.4/10.

Pretty decent in my opinion.

I know it doesn't quite fit in with the other masterpieces, but I don't mind. I don't collect other masterpieces, so matching isn't a problem for me. I just want a high-end official Arcee to add to my collection (I'm a big fan of the character) and this fits in great. I think it's worthy of being called a masterpiece. Super posable, well painted, very sexy. The backpack is a little fiddily, but so what. I advise you to get one.

Great figure and happy to have Arcee in my collection. Took me a little bit longer to pull the trigger after seeing the initial pictures. But glad that I did. Love everything about this figure. Super poseable, cool accessories, and a good addition for any Masterpiece collection.

She's pink, cool, and full of personality. The first product images didn't really do this figure justice. People have complained about the large backpack and the chest being too low. Honestly it doesn't bother me and I think those first images made the backpack look bigger than it actually is. It's g1 Arcee it's just part of her look. The articulation is amazing and with her diecast feet getting her to balance is not an issue. I even got her to do poses standing on one foot! Her accessories are awesome and just makes this figure that much better. With different guns with blast effects and different expression faces, she has more than enough to offer. 10/10 absolute fabulousness

MP-51 Arcee has gotten a bad rap since it was announced for preorder.Many collectors appeared to be disappointed at her chest and how low it is but after actually having this toy in hand I must say that I am very impressed at the level of detail this figure has and the pose ability is probably some of the best Iâ€™ve seen from the Masterpiece line.Quick note:If you are having trouble placing her visor completely over her eyes than all you have to do is slide her faceplate in the second slot which allows you to pull her visor completely over her eyes.

Great figure, pretty sturdy so far. Extremely posable, but a bit of a challenge to stand he up due to balancing on tiny little feet.

Backpack a little fiddly. Holds in place pretty well once you get it there.

I love Arcee, and this figure just needed to be in my collection. I bought it as soon as I saw preorders were open in May.

Now that I actually have it. I can say that this is a really great figure, except for one glaring issue. They made the chest piece way too low, her neck is too exposed. Comparing this to her actual G1 appearance and some other Arcee figures, it's super apparent. If there was some mod kit or something for this figure, I would love for it to be in my hands. The only reason is because it extremely bothers me that she has such an inaccurate chest.

Other than that flaw, this figure is great. Pretty compact in alt mode, while pretty tall in robot mode. Good price too.