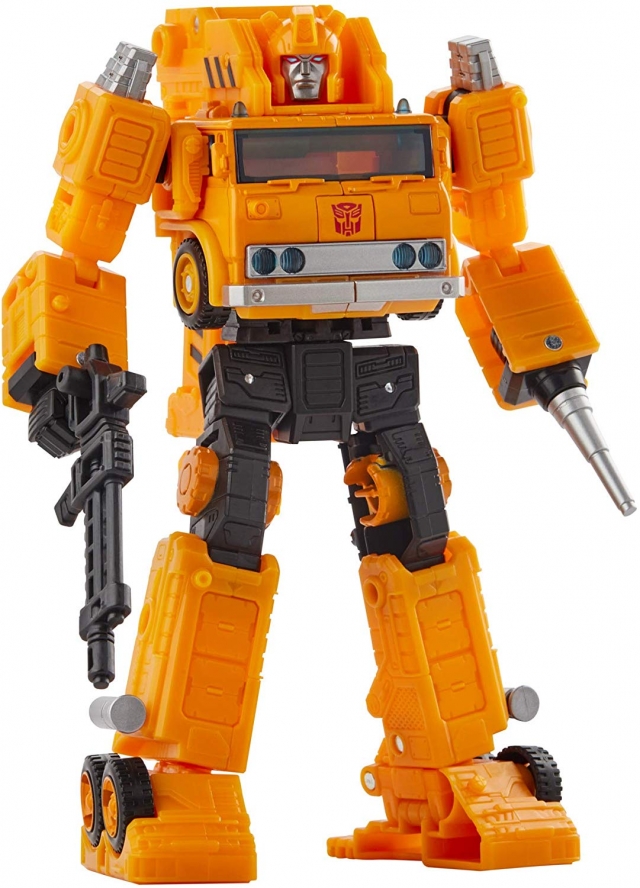 Transformers War for Cybertron Earthrise WFC-E10 Autobot Grapple is Voyager Class and stands approximately 7.0-inches tall in robot mode.  WFC-E10 Autobot Grapple transforms from Crane to robot and back and is screen accurate to the Transformers: War For Cybertron Earthrise Chapter Netflix Animated Series.  Each War For Cybertron figure jumps out of the animated series and into your collection with a high attention to detail and accurate color schemes reflecting their appearance in the War for Cybertron: Earthrise series.

Build the Battlefield Beyond -- The siege is over, but the War for Cybertron has just begun. The Autobots and Decepticons have left Cybertron, but their battle rages on as they speed through space in pursuit of the Allspark. Now, fighters must instantly adapt to battle anywhere in the cosmos. With the highly advanced A.I.R. (Adaptable Interconnection Retrofitter) Locks system, the fighters don’t head to the battlefield -- they become it. Bots capable of converting into Modular Battle Stations can A.I.R.-Lock together in custom configurations to fit the needs of battle. This ecosystem of collectible figures allows fans to build out epic space battle scenes This Autobot Grapple toy features an A.I.R. Lock connection point on the truck mode crane that can attach to Modular Battle Stations to expand and customize the battlefield. The artistic architect, Autobot Grapple, converts into classic crane truck mode in 16 steps and comes with 3 weapon accessories. 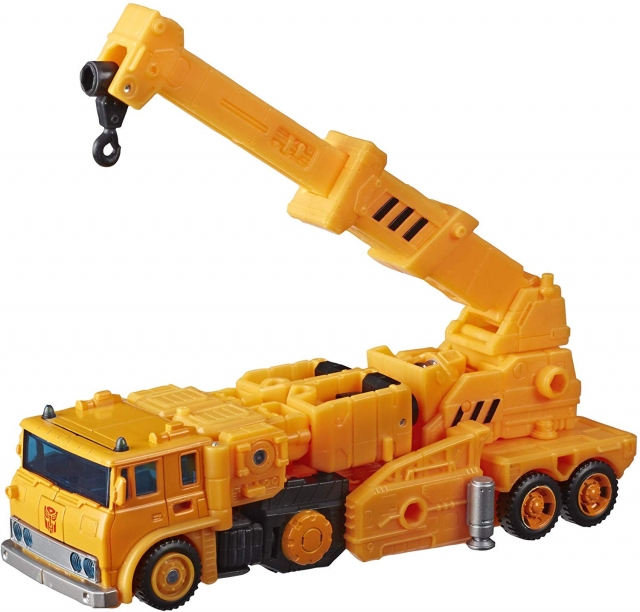 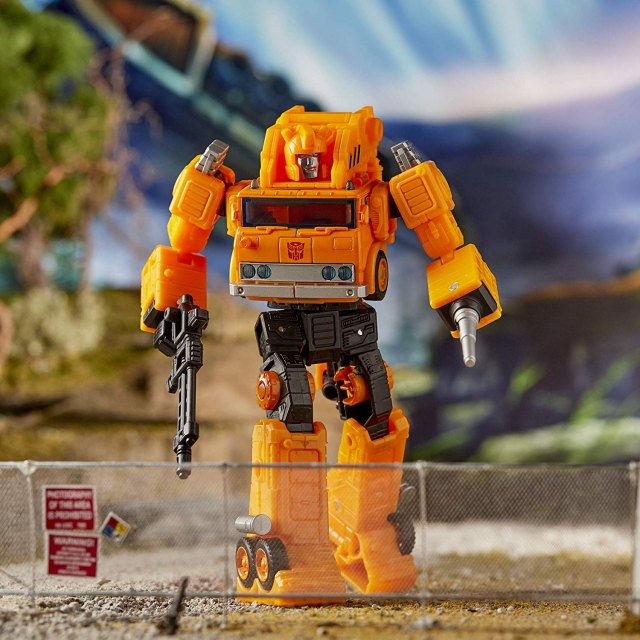 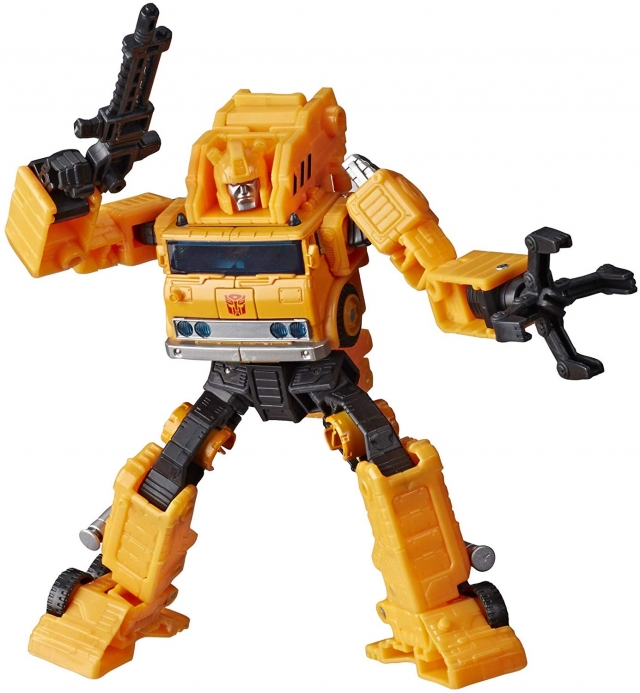 This figure surprised me in how much I enjoy having it and converting it! The alt mode is awesome, I love the details that went in to it such as the crane being able to move to one side allowing the Â¨driverÂ¨ to see.
The bot mode looks great! He is going to be a great remold for Inferno which we know we are going to get hopefully soon!

I have a few loose joints and a paint defect and that plastic could be better but other than that it is a great figure that has a satisfying transformation, I can highly recommend it

My one complaint about this guy is the same as the other reviewers; the weak plastic on the alt mode pegs broke after the 1st transformation from crane to bot while taking the pegs out the robot feet. Grapple is one of my least favorite autobots, but this is an excellent figure with little to no hollowness.

Figure broke three separate times in the same place, had to return/replace figure each time since it was unfixable. The right peg that plugs into his leg during transformation back to robot mode figure looks amazing, but due to this unfortunate series of events for me I wasn't pleased with the figure.

I'd love to give this figure 5 stars, but there is a problem with him. The pegs that go into the feet to hold the crane in place are way too tight. I nearly tore one off putting him back into robot mode. I now have to fix this, if I can. Otherwise, this is a fantastic Grapple, probably the best version ever. He looks great and transformation is a joy, except for those pegs.

Great articulation and overall really fun. the plastic is lower quality than you'd like and light passes through the head making its eyes look weird but it's really good overall.

It broke on the first transformation. Plastic feels cheaper and of far less quality than the siege figures. Iâ€™ve never broken a transformer. I was very gentle, yet it still snapped.