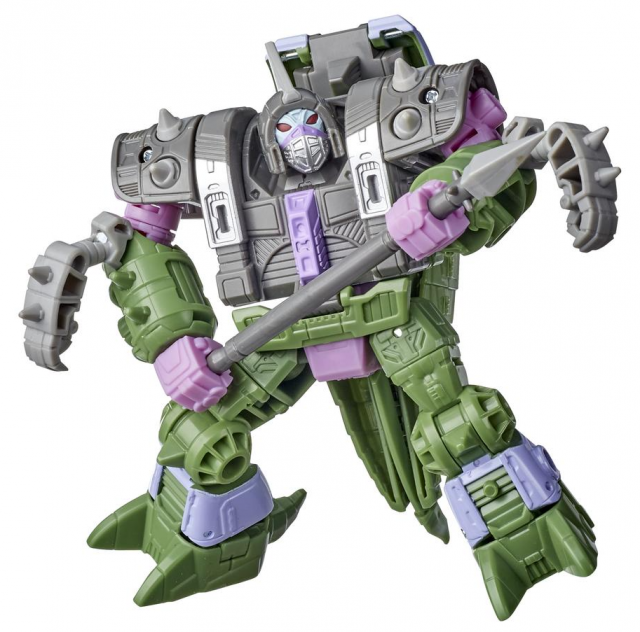 Transformers War for Cybertron Earthrise WFC-E19 Quintesson Allicon is Deluxe Class and stands approximately 5.5-inches tall in robot mode.  WFC-E19 Quintesson Allicon transforms from Beast to robot and back and is screen accurate to the Transformers: War For Cybertron Earthrise Chapter Netflix Animated Series.  Each War For Cybertron figure jumps out of the animated series and into your collection with a high attention to detail and accurate color schemes reflecting their appearance in the War for Cybertron: Earthrise series.

Build the Battlefield Beyond -- The siege is over, but the War for Cybertron has just begun. The Autobots and Decepticons have left Cybertron, but their battle rages on as they speed through space in pursuit of the Allspark. Now, fighters must instantly adapt to battle anywhere in the cosmos. With the highly advanced A.I.R. (Adaptable Interconnection Retrofitter) Locks system, the fighters don’t head to the battlefield -- they become it. Bots capable of converting into Modular Battle Stations can A.I.R.-Lock together in custom configurations to fit the needs of battle. This ecosystem of collectible figures allows fans to build out epic space battle scenes, featuring figures that can convert into Modular Battle Station modes and connect together to expand the battlefield (each sold separately, subject to availability). An obedient guard, this Quintesson Allicon converts into beast modes in 14 steps and comes with a spear accessory. 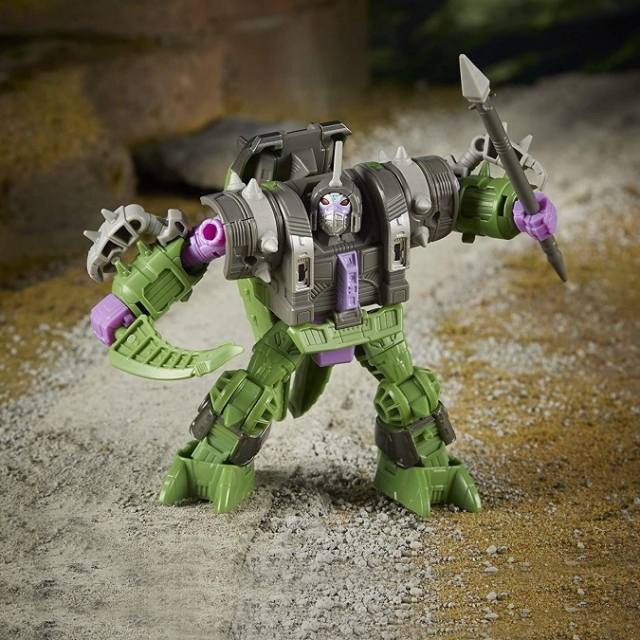 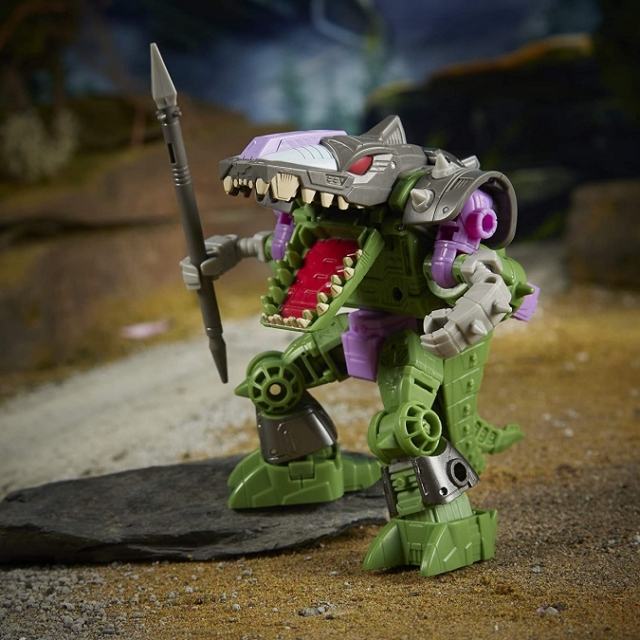 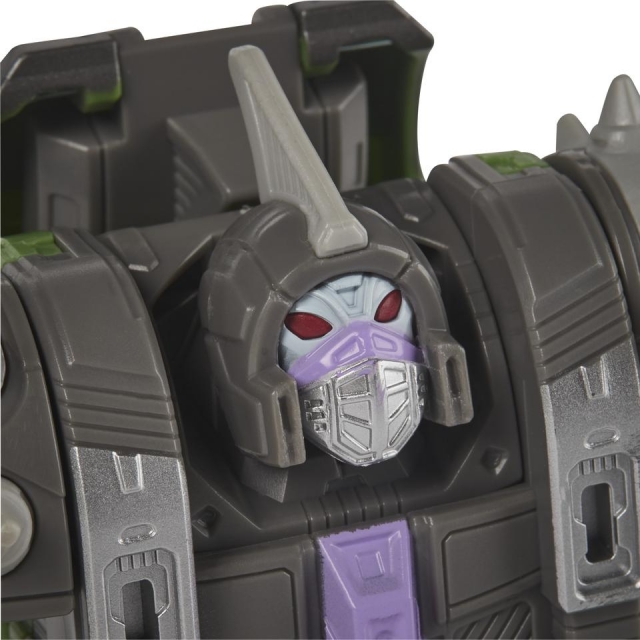 I'd buy a bunch if they were still available so I could surround my quintesson judge with allicon guards. There are no figures to compare him with, so the bar was low with me, but I think he's fantastic. A simple transformation, not much too him, but if you're nostalgic for the 86 film, you've got to have this guy.

I bought two of these and I think they're awesome figures.

Pros: They're poseable enough and affordable. Easy to transform and details look good.

Con: I wish they had come up with a way to hide the beast form/alt mode arms into the robot mode forearm though.