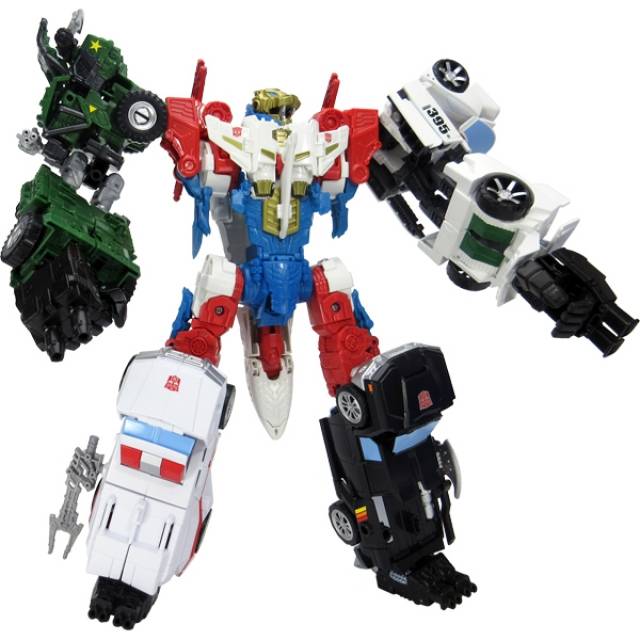 UW-EX Sky Reign or Lynx Master as he's called is a combiner figure made up of 5 Autobot Transformers.  Included in this giftset are all 5 figures to form UW-EX Sky Reign Lynx Master and each individual figure transformers.  This release is the Japanese exclusive version of the US Combiner wars release that features a unique color scheme.  All 5 figures, weapons and combiner parts and comes in one exclusive giftset, only available in the Japanese market.

Transformers Unite Warriors is the Japanese exclusive release of Hasbro's Combiner Wars Series.   Unite Warriors figures come packaged in all one package as opposed to individually and feature unique colorations, and releases of the US figures only released in Japan.  Figures are also retooled to be more screen accurate and add more articulation to some of the figures. 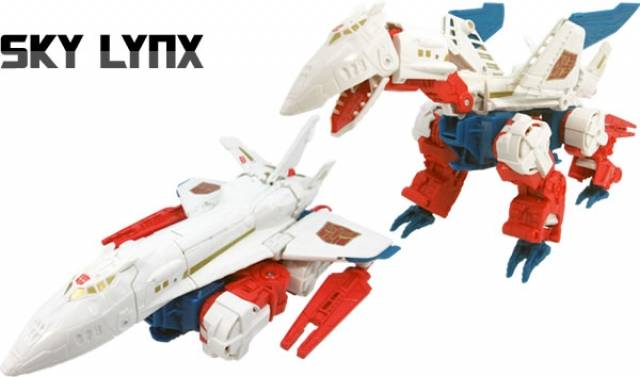 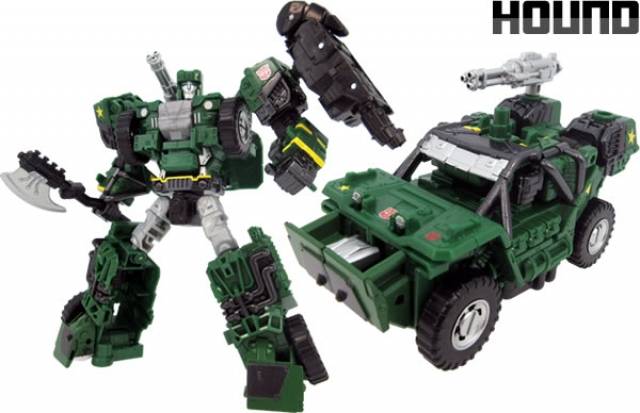 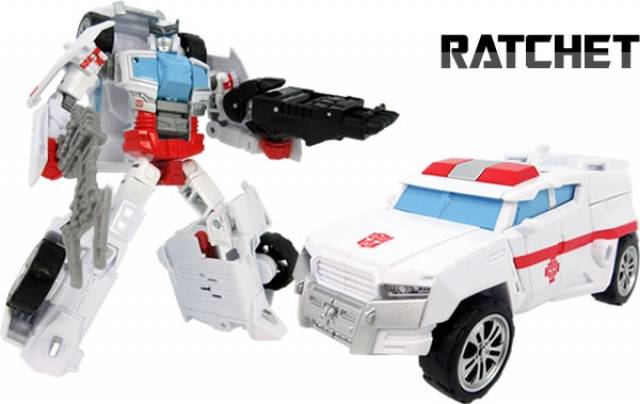 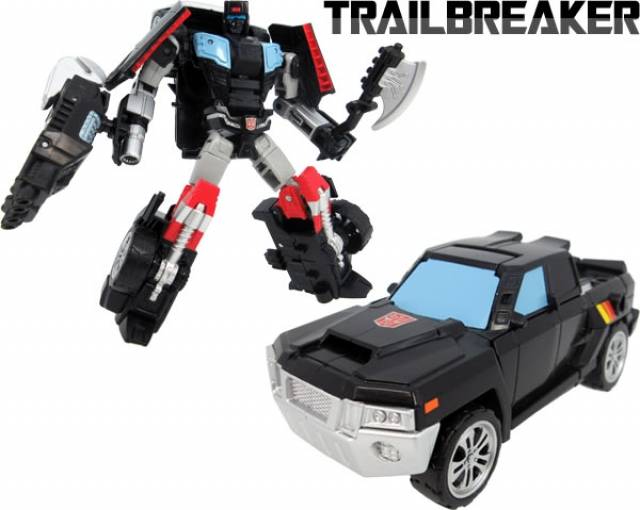 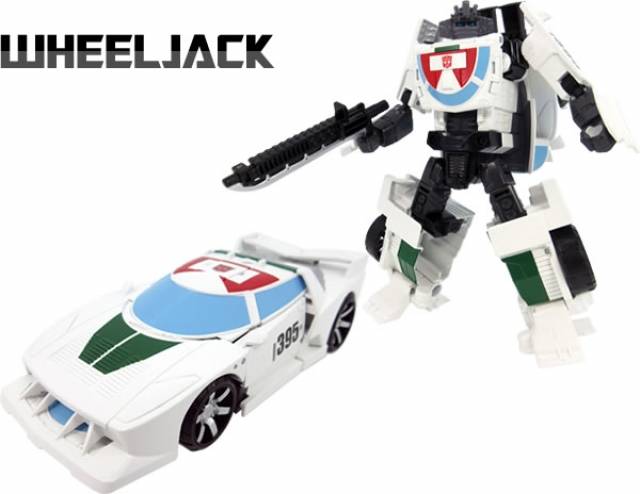 This is an awesome set for the true collector. More details than the hasbro versions. Box is great for display too!

Not gonna lie, I have little interest in combiner teams. This one in particular isn't one that much sways my fancy, though I like all the characters involved well enough. What caught my attention here was the actually decent G1-style deluxe Ratchet. Then the Wheeljack as a fair match to him. I had been feeling the lack of a Hound and Trailbreaker in my collection, too, and here was another well-matched set. And, hey, gotta love Sky Lynx, right? My casual fondness for box sets popped up to finish me off and I went for it.

All told, not a bad buy. My first thought was that they feel a bit cheap but then I realized I was holding the price of the entire set against each individual figure. For what they are, they feel just fine. None of them seems fit to crumble to dust anytime soon, at least. They've all got pretty good joint tolerances, if occasionally a tad tight for my peace of mind.

Despite my intended buddy system, I especially enjoy messing with Ratchet and Trailbreaker together. I really like how the toolings of the mold were differentiated. Their robot mode silhouettes are maybe more obviously related than I'd like, but it's amazing what just fiddling with their little shoulder wings can do for that. The decos and headsculpts really do a fantastic job of setting them apart, too, each working well for both characters. I'd have liked to see the top of Ratchet's combiner peg in red to match his panties like the bottom matches the blue of his windscreen but I can see why they wouldn't have wanted to fuss with that.

I expected Wheeljack to be my least favorite of the set, what with him being made from my least favorite CW mold. But the head sculpt and deco both do him quite the favor. I'll never enjoy transforming him but doggone if I don't enjoy looking at him, in either of his primary modes. He looks just as good beside Ratchet as I'd hoped too.

Hound actually ended up being my least favorite, if only just. He looks fine, don't get me wrong, and features a fun enough transformation scheme. But, jeepers criminy, is he ever greebly. I amaze myself to think of how much more I'd enjoy handling him if they'd eased off on the molded detailing. It's a shame, because he is a pleasure to transform aside from that. The others are far from flat expanses but not one of them puts me off the way Hound does.

Funny enough, even Skylynx doesn't come close. Something to be said for the placement and depth of the molding, I suppose. Part of me still feels like he ought to be my least favorite, simply because I feel so little for him at all. Seeing how puny he looks alongside the others does somewhat temper his majesty, for one thing. His alt mode is a decent enough shuttle on top of a bit of a mess, for another. I've always loved his root mode design, though, and it's well enough represented here that it pushes him just that far enough ahead. His neck is particularly fun to transform and pose-- the motion is just so smooth!

As for their combined mode-- eh. As I said, it's not much of a concern for me. Even my lack of enthusiasm can't keep me from admitting that it's pretty neat-looking, though, even if I'm not likely to bother with it much. Certainly not enough to get me past disliking having to peg the weapons into the wrists. I do really like the head, much as I wish it had the jaw articulation it screams for, and I enjoy flipping it out even when I have no intention of going further.

As for accessories, I'm incredibly biased. Not so much because of the figures in the set, even though I like that Hound and Trailbreaker have matching best bud/boyfriend battleaxes. ("Wait," you may be thinking, "have Hound and Trailbreaker ever been best buds OR boyfriends?" Well, they're both those things the way I play with them, so there). No, I love the accessories because every last one looks good or great when wielded by Dinobot Slash. Especially those battleaxes I was so keen on Hound and Trailbreaker having, go figure. Which isn't to say that they don't all look fine being wielded by their intended bearers. They certainly do. I just can hardly find it in me to care about that.

I'll be honest, I got this one because of Ratchet. Smokescreen is cool, but I really wanted a main line Ratchet figure and this fit the bill. Plastic quality seems higher than the US version, but I haven't seen them side by side. The US version of Wheeljack, for example, almost looks translucent. The Takara seems like its a higher quality.

Comes with weapons for all the individual characters. Between this and Optimus Maximus, I have a great collection of Autobots that are also combiners. I was really happy to get this one and recommend it. Especially if you are looking for another Autobot combiner with some better known characters.