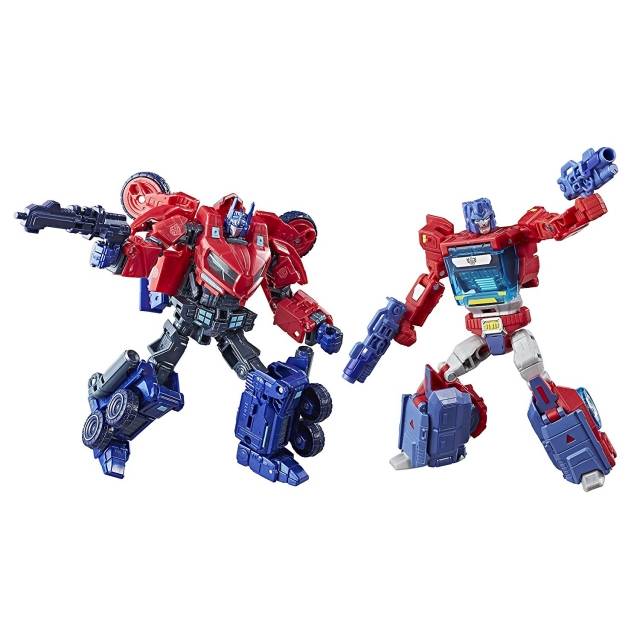 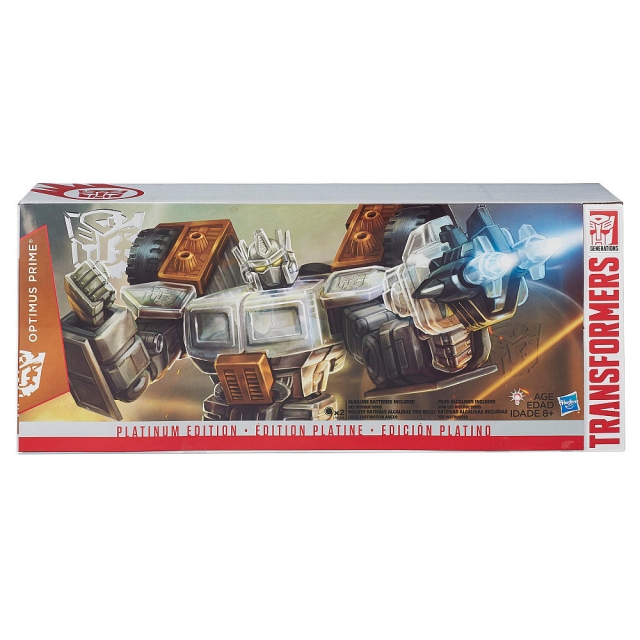 Experience the evolution of the iconic Transformers warrior, Optimus Prime, with this Autobot Legacy 2-figure pack that includes Optimus Prime and his pre-Prime identity, Orion Pax. Standing at a 5.25-inch-scale, these converting Deluxe Class figures are detailed with unique deco that make them one-of-a-kind collector figures.

Before Optimus Prime began combatting evil as the noble Autobot leader, he was Orion Pax, a humble data scientist. When Megatron led a Decepticon attack, the noble Autobot warrior accepted the Matrix of Leadership and became the universe’s greatest protector, guiding the Autobots with legendary wisdom and power.

Orion Pax is a redeco of Titans Return Sergeant Kup and transforms from a red-and-blue Cybertronic pickup truck to Robot and Back.  Also included is a redeco of Generations War for Cybertron Optimus Prime featuring a brighter and more vibrant red color, a darker grey tone and his windows are nearly black.

This is a great set. Iâ€™ve been eyeing both of these figures for a while, so getting them both in one set was a great deal. The Orion Pax figure is a redeco and retool of Titans Return Kup. So, if you like that version of Kup, then youâ€™ll like this figure. Though, mine doesnâ€™t have loose hips like my Kup does. His color scheme is nice and the truck alt mode really works well for Orion Pax. Heâ€™s a great figure. The Optimus figure from the War for Cybertron video game is absolutely fantastic. This version is slightly different than the one sold separately in that some of the highlights are blue instead of red. But, it still works well for Optimus. They may have slightly altered some of the other colors too, Iâ€™m not sure as I donâ€™t own the other version. The figure looks great in both modes and the transformation is pretty involved and fun. So, add it all up and you have a great set thatâ€™s worth the money, in my opinion, especially if you donâ€™t already have an Orion Pax or WFC Optimus.