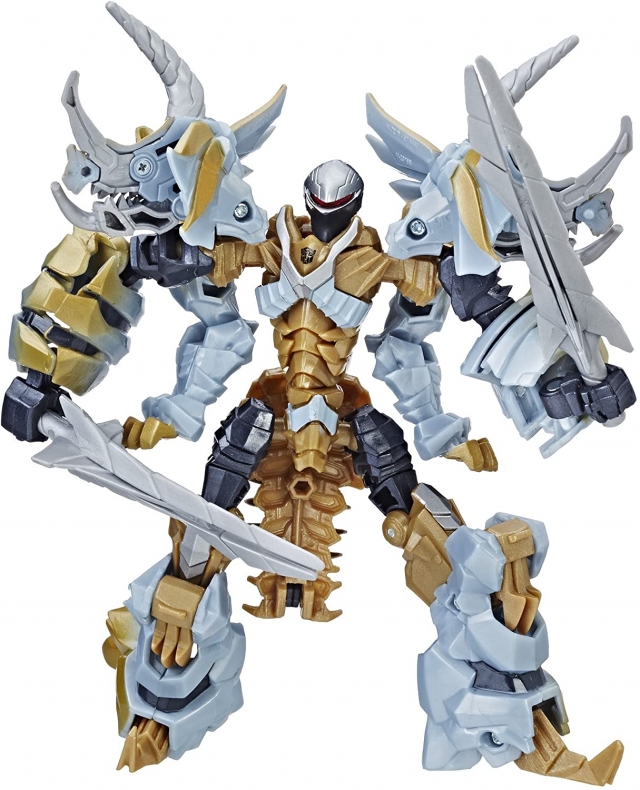 Dinobot Slug is a hot-headed warrior who can’t be contained once his powerful fury has been ignited. The only orders he likes taking are the ones to unleash his ferocious destruction on the enemy. When the Dinobots charge the battlefield, Dinobot Slug tramples any Decepticon in his path with a fit of white-hot dino rage.

Whether he is in robot or Triceratops mode, Dinobot Slug unleashes his mighty dino strength to fight against Decepticons.  Imagine gearing up for fast-paced action with the hot-tempered warrior Dinobot Slug. Convert this Dinobot Slug figure from robot mode to Triceratops mode in 18 steps. This Premier Edition Deluxe figure can be positioned in exciting, battle-charge poses and features 2 weapon accessories.

This Premier Edition Deluxe Transformers lineup showcases some of the iconic characters from Transformers: The Last Knight. Deluxe figures stand at a 5.5-inch-scale with movie-inspired detail, packaging, and weapon accessories that make them perfect for Transformers fans and collectors. 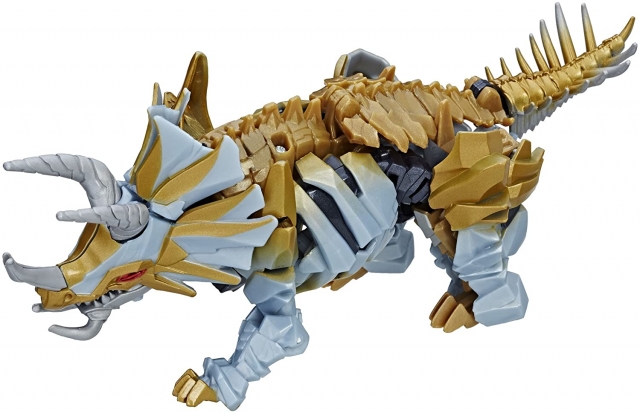 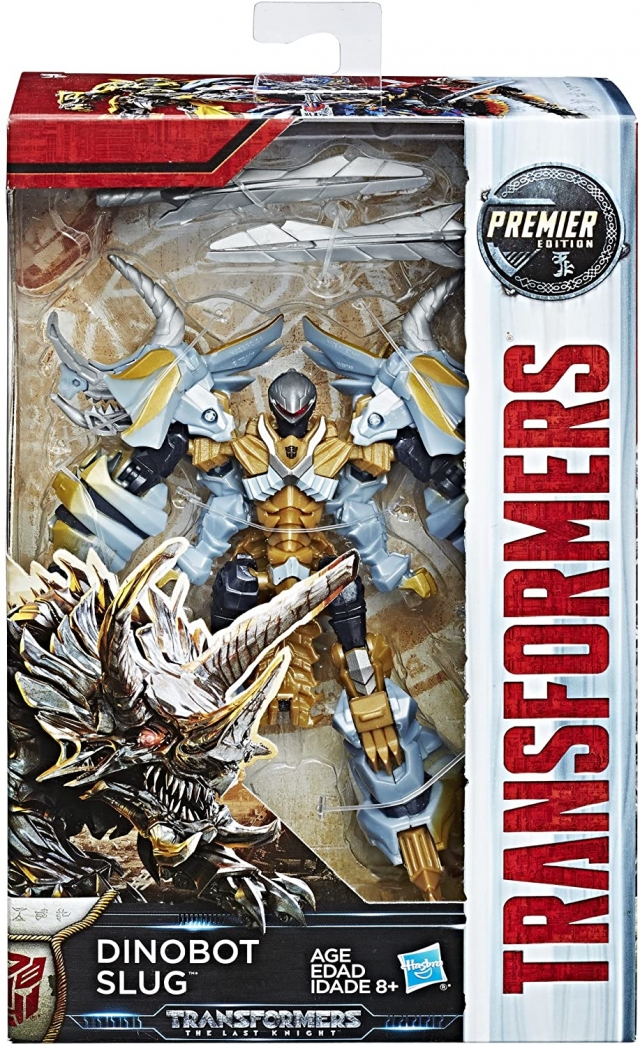 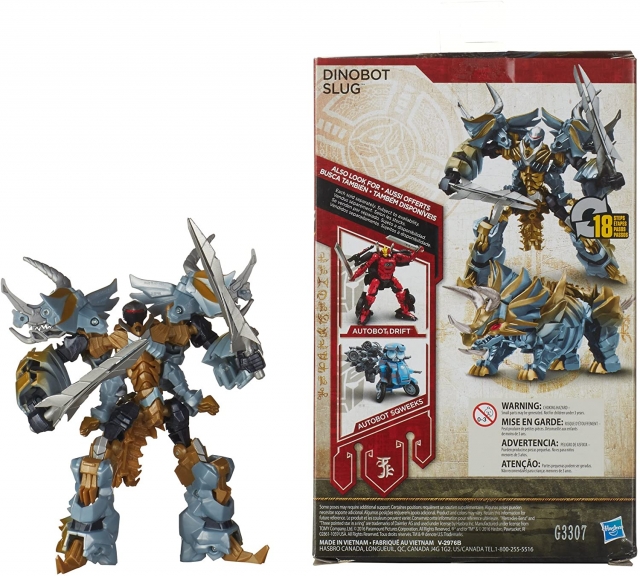