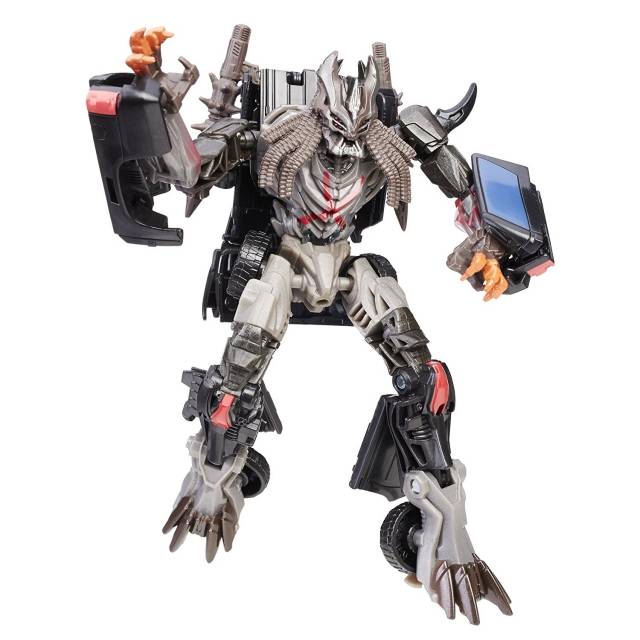 Decepticon Berserker is all about one thing: destruction. His raging penchant for violence is too intense, even for the ruthless Decepticons. Decepticon Berserker will tear everything to pieces and leave nothing intact. His reckless tendencies are impossible to contain, making him a dangerous force few dare to mess with.

Whether he is in robot mode or SUV mode, Decepticon Berserker is the ultimate demolisher against anything that stands in his path.  Imagine gearing up for fast-paced action with the powerful destroyer. Convert this Decepticon Berserker figure from robot to SUV mode in 17 steps. This Premier Edition Deluxe figure can be positioned in exciting, battle-action poses and features 2 awesome weapon accessories.

This Premier Edition Deluxe Transformers lineup showcases iconic characters from Transformers: The Last Knight. Deluxe figures stand at a 5.5-inch-scale with movie-inspired detail, packaging, and weapon accessories that make them perfect for Transformers fans and collectors.