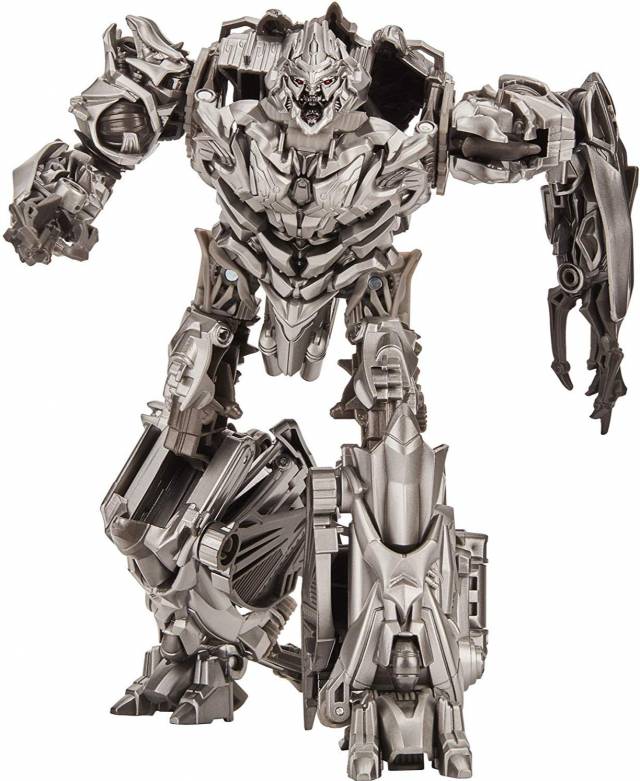 Transformers Studio Series 54 Megatron is Voyager Class and stands approximately 6.5-inches tall in robot mode.  54 Megatron transforms from Jet to robot and back and is screen accurate to the Transformers: The Movie live action movie.  Each Studio Series figure jumps out of the big screen and into your collection with a high attention to detail and accurate color schemes reflecting their appearance in the Transformers live action movie.

Reach past the big screen and build the ultimate Transformers collection with Studio series figures (each sold separately), inspired by iconic movie scenes and designed with specs and details to reflect the Transformers movie universe.

In the mission city battle scene from Transformers: movie 1, Megatron stalks the skies in search of SAM witwicky and the all spark. This studio series 54 Voyager class Transformers movie inspired Megatron figure converts from robot to cybertronian jet mode in 21 steps. 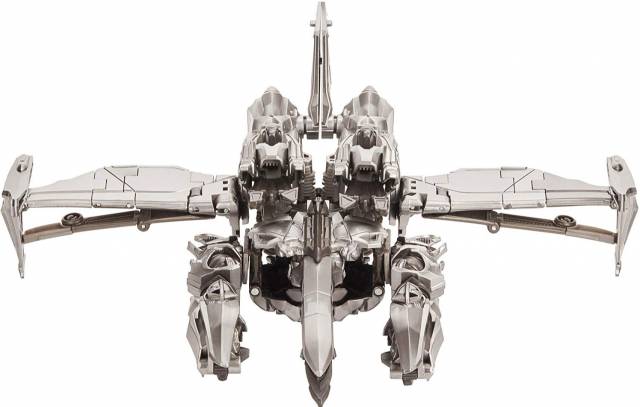 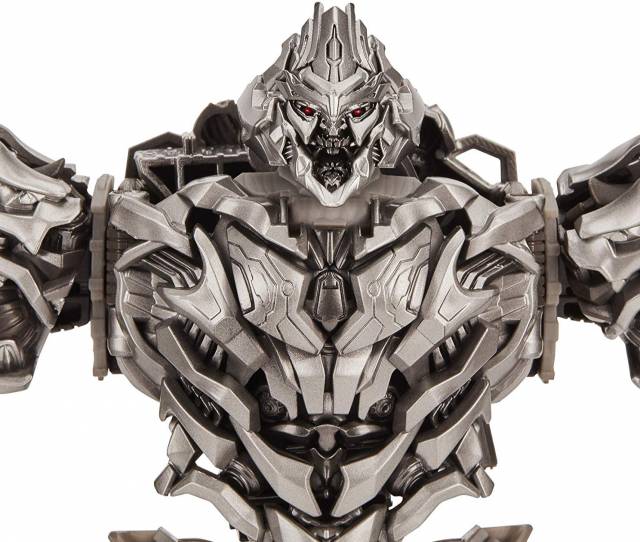 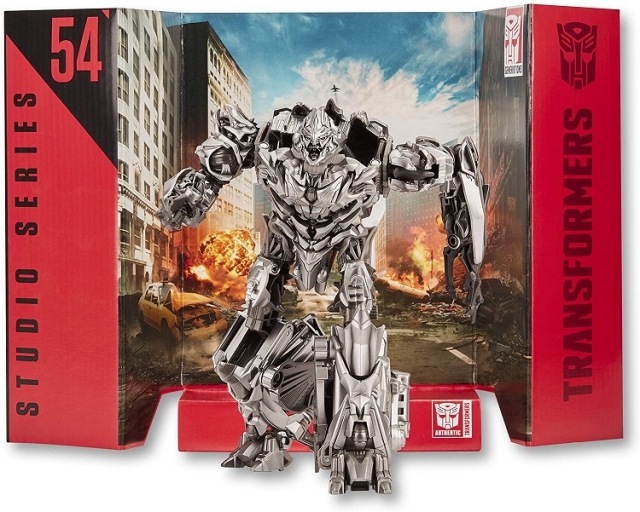