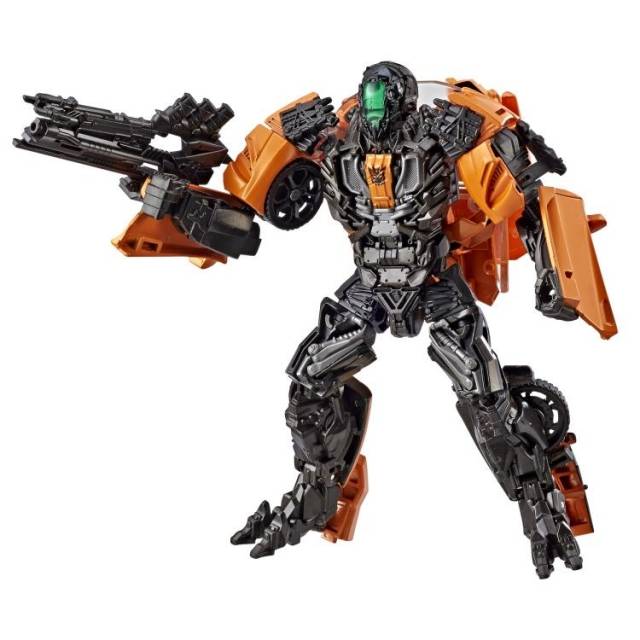 Transformers Studio Series SS-17 Shadow Raider is Deluxe Class and stands approximately 4.5-inches tall in robot mode.  SS-17 Shadow Raider transforms from Sports Car to robot and back and is screen accurate to the Transformers: Age Of Extinction live action movie.  Each Studio Series figure jumps out of the big screen and into your collection with a high attention to detail and accurate color schemes reflecting their appearance in the Transformers live action movie.

Reach past the big screen and build the ultimate Transformers collection with Studio Series figures, inspired by iconic movie scenes and designed with Deco and figure scales that reflect the movie universe.

in Transformers: age of extinction, lock down dispatches the shadow Raider mercenaries to eliminate the intruders and recapture the prisoner.

this Studio Series 17 Deluxe class Transformers: age of extinction shadow Raider figure converts between robot and Lamborghini modes in 14 steps and comes with a detailed weapon accessory. Remove the backdrop from pack to showcase the faceless Decepticon mercenary in the enemy ship infiltration scene. 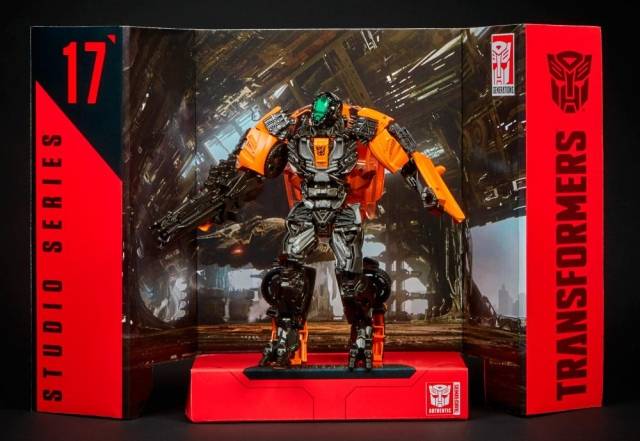 This is basically the same as Lockdown so it should be easier to transform if someone has Lockdown already. I love it but I have to push the gun on the right arm a few times. It would fall off just like Lockdown's weapons would.