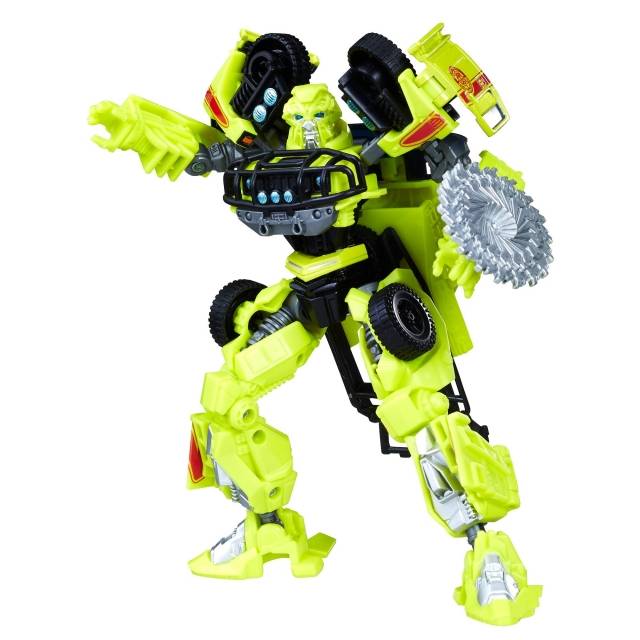 Transformers Studio Series 04 Ratchet is Deluxe Class and stands approximately 5.5-inches tall in robot mode.  04 Ratchet transforms from sports utility vehicle to robot and back and is screen accurate to the Transformers: The Movie live action movie.  Each Studio Series figure jumps out of the big screen and into your collection with a high attention to detail and accurate color schemes reflecting their appearance in the Transformers live action movie.

Reach past the big screen and build the ultimate Transformers collection with Studio Series figures, inspired by iconic movie scenes and designed with deco and figure scales that reflect the movie universe.

In the climactic Mission City Battle from Movie 1, Autobot Ratchet defends the Allspark with selfless dedication. From the vantage point of a mid-air flip, he slices down a Decepticon, then clears a path to victory as Sam Witwicky races to save the Allspark.

This Studio Series 04 Deluxe Class Movie 1 Autobot Ratchet figure converts between robot and vehicle modes in 18 steps and comes with a weapon accessory. Remove backdrop from pack to showcase the trusted Autobot medic in the Mission City Battle scene. 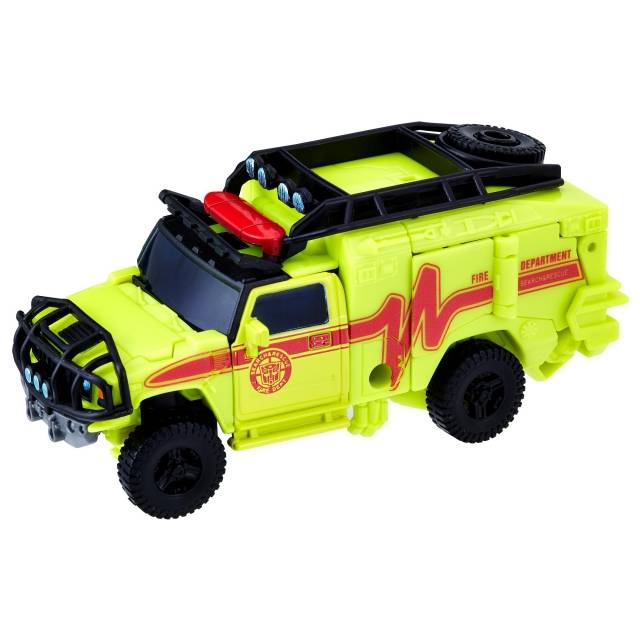 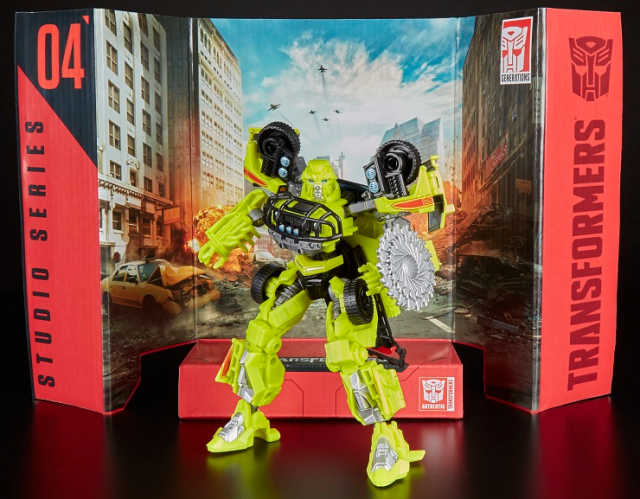 I find this toy very interesting. The saw blade can be rotated but the shoulders open up into wings kind of. Still trying to figure how to transform it. Really great so far. Got it yesterday. The chest looks like a puppet mouth can talk.