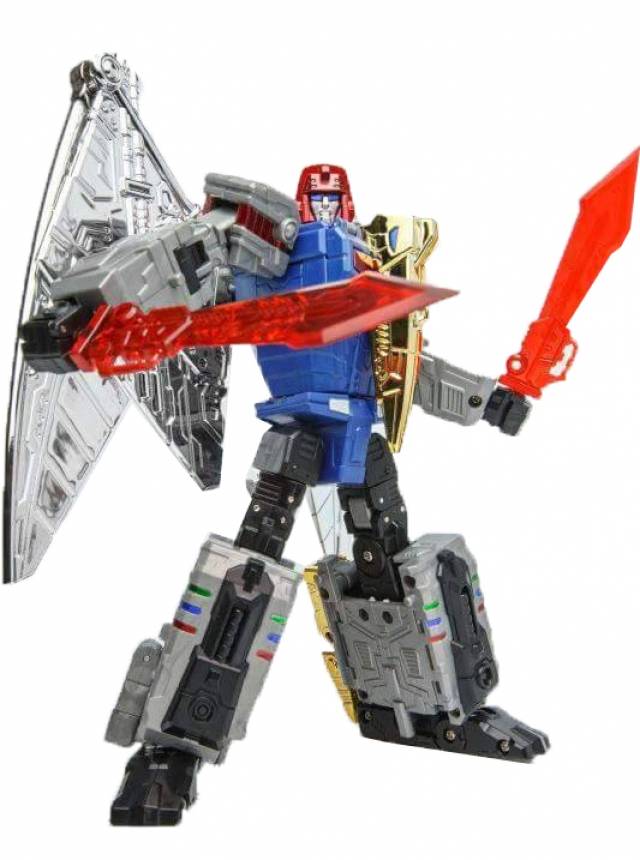 1 of 5 figures that will combine together to form the mightiest prehistoric dino combiner to date!

Item comes MIB (Mint In Box), as it does not come sealed from the manufacturer.

OMG, these 3rd party toys are the best I have ever seen. Wont be buying hasbro anymore :)

Spear is the fifth in the dino combiner line from Toyworld. This will be reviewed in the three modes: Dino, Robot, and Combiner.

Dino: In dino form, Spear is kind of a box with wings. The head has very limited movement because of the robot arms folded behind his head and the dino legs on the bottom are placed on ball joints limiting how much weight they can hold. Often, I have to pose him on his belly. The wings have a lot of range of movement.
Robot: While dino form is kind of a box, robot mode benefits form it greatly. ToyWorld once again hides bulk and mass nicely on this model. Robot form is very well hidden in dino form and it pays off. Great articulation all over on this model. The wings fold nicely and the limbs look and are strong. The accessories are great for this guy and often I share them out with the other dino combiners. The way things are folded and hidden on this model are great. Nothing hangs out needless and it all adds to the model.
Combiner: The boxy form from dino mode pays off again here. The hiding of the elbow joint in the chest cavity and the way the legs fold down really give a powerful and strong arm. Iâ€™d almost say the combiner mode is left handed from how muscular the arm looks. The guns combine into this model to build it up a bit and I like that. The wings remove and can be placed on the back of Corelock to increase the mass and balance of the combiner form.