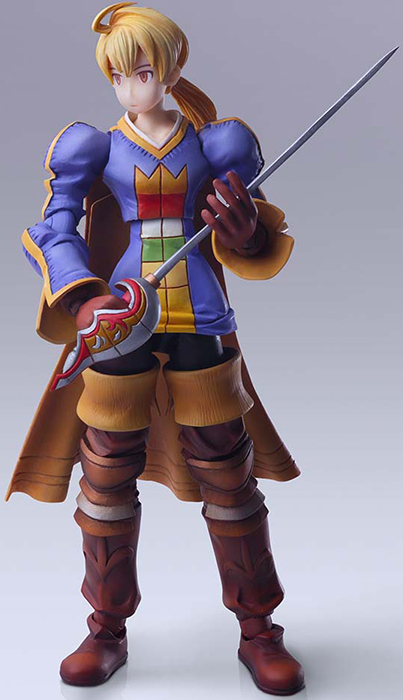 Staying true to the game’s clean and distinctive character design, this figure uniquely captures each element of the beloved character, including his skin, hair, clothing, boots, and armor colors. The cloak has articulated parts, allowing for lively and dynamic poses.

Extra sets of hands and a sword are included, allowing you to recreate some of the atmosphere and feelings you had playing the original game.

Add to your BRING ARTS collection and order your Ramza Beoulve from The Toy Source today!