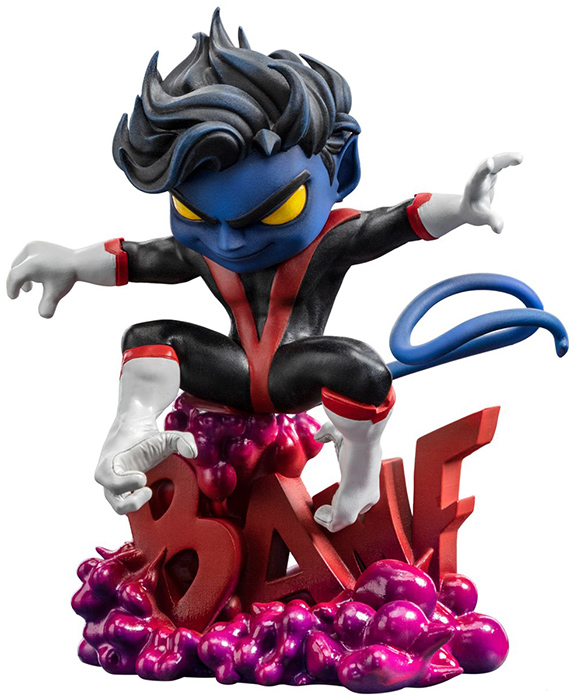 From the middle of a purple cloud, “Bamf”...With a popular onomatopoeia from Marvel’s universe, the charismatic blue elf from the X-Men uses his powers to teleport between dimensions with his incredible acrobatic abilities and appears ready for action. Answering fans and collectors, Iron Studios expand their collection of mutant heroes on their popular Toy Art line with this figure of Nightcrawler, one of the most beloved X-Men by fans with his classic look in the stylized MiniCo format.

Growing up as a circus artist, where he improved his agility, the friendly German mutant Kürt Wagner, better known as Nightcrawler, was recruited and welcomed by Professor Xavier to join the X-Men on the group’s second formation. Devout and altruistic, Nightcrawler can teleport from one place to another, and when he uses his powers, he leaves a cloud of purple fog accompanied by the sound “Bamf”...generated by air displacement. He can also become invisible in the shadows and adhere to the walls and other surfaces like Spider-Man. His yellow eyes allow him to see in the dark, and with his prehensile tail, he can hang and hold objects. Created by writer Len Wein and artist Dave Cockrum, Nightcrawler is the son of the mutant Mystique, from whom he inherited his blue skin.

Add to your X-Men MiniCo collection and order your Nightcrawler at ToyGeek today! 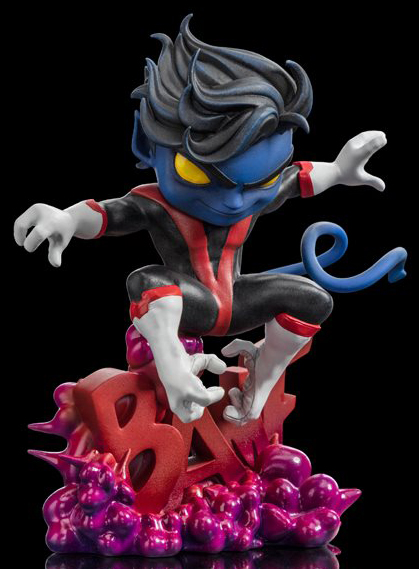 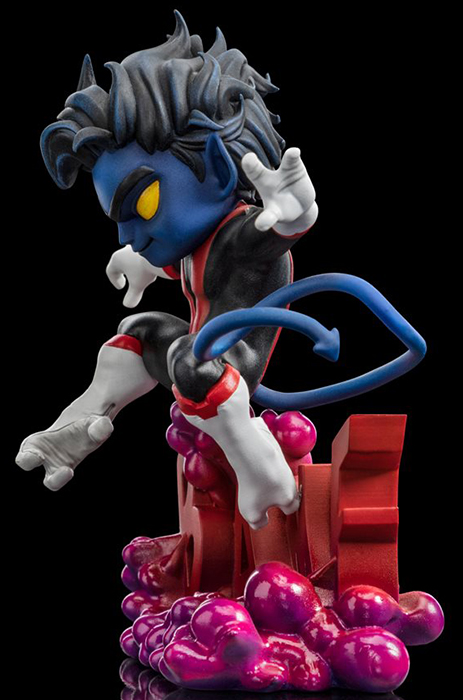 MiniCo Nightcrawler is made of plastic! 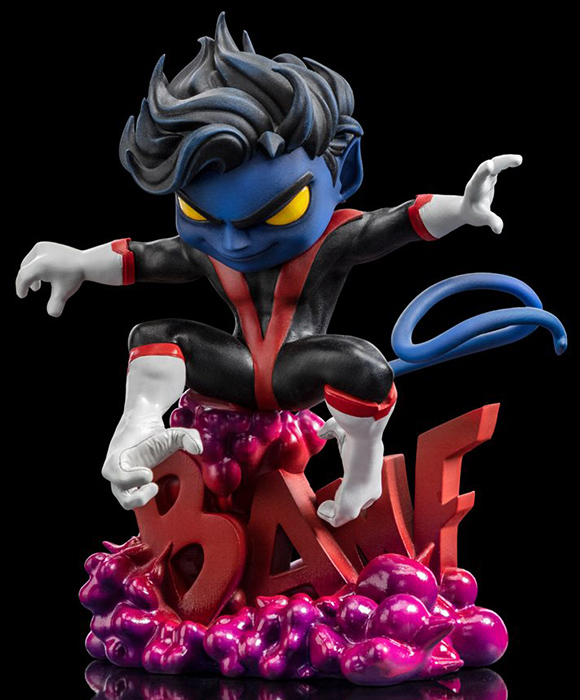