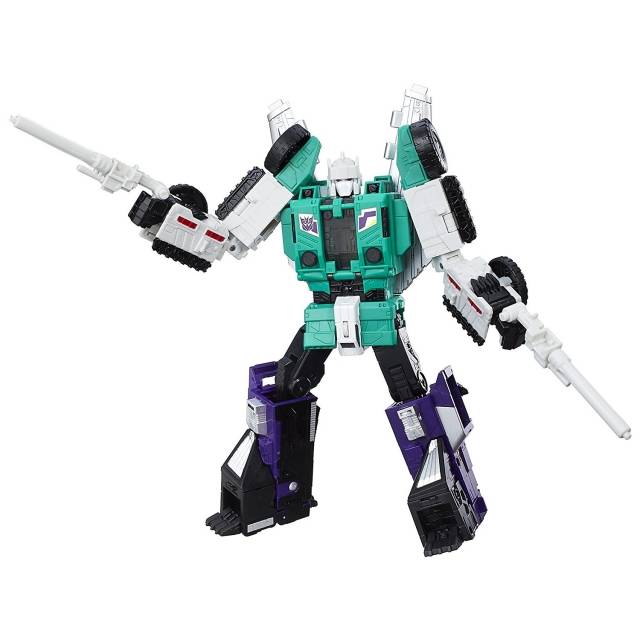 The Transformers battle explodes into uncharted territory when the Titans return. To control an ancient race of giant, city-sized warriors -- the Titans -- the Autobots and Decepticons must power up with Titan Masters, smaller bots that give bigger bots increased abilities in battle.

The Decepticons unite with Titan Master partners to power up for battle. Six Shot is the perfect weapon. He’s ruthless, relentless, and built to eliminate anything that stands in his way. His power is matched only by his thirst for destruction. Decepticon Revolver is one of the only bots who can keep up with him. A master of all combat types, he’s trained to take down targets in any scenario. 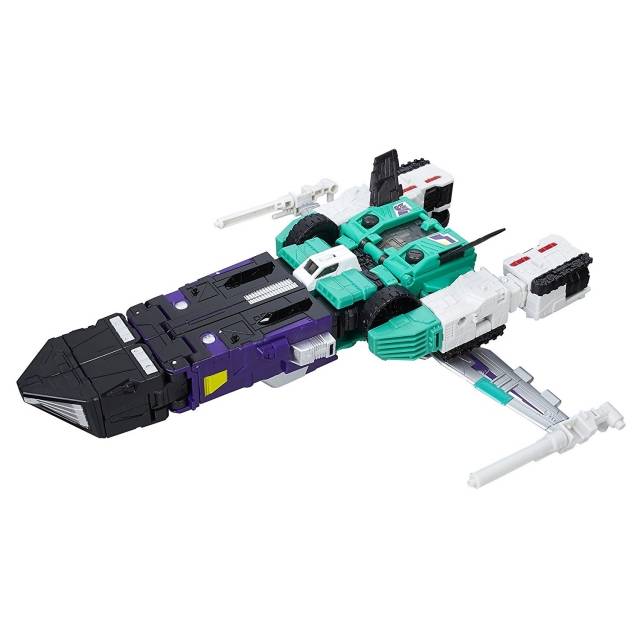 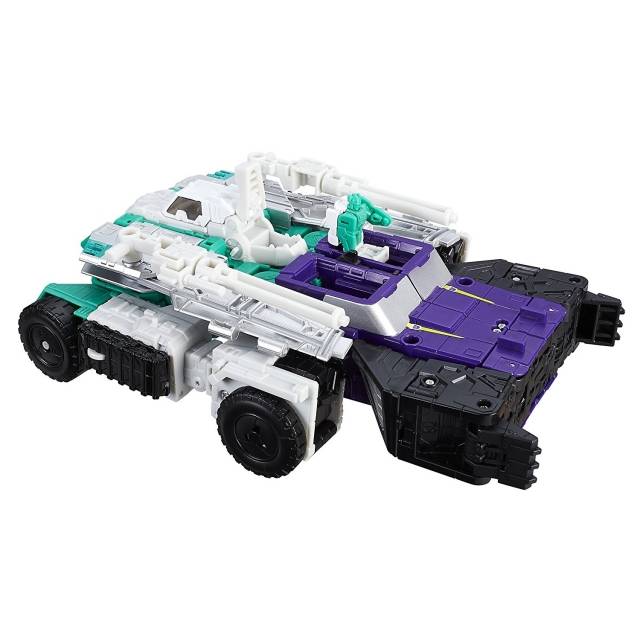 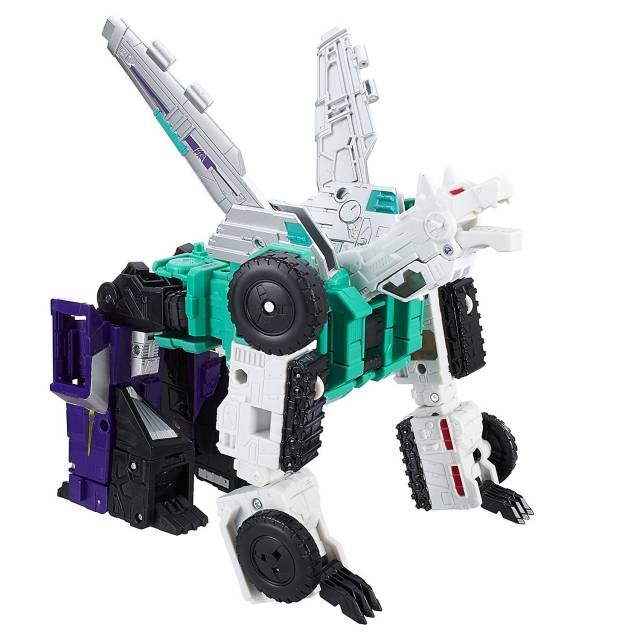 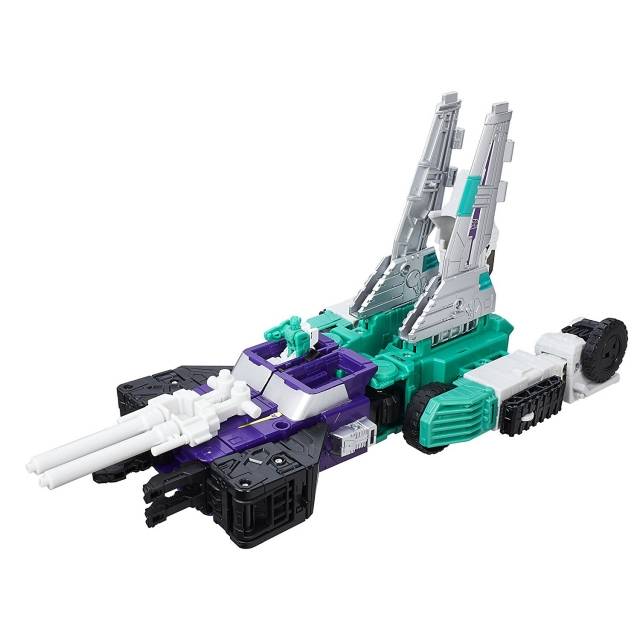 Helooks amazing, but I found it to be heavily lacking in tabs. In almost all of the transformations something is loose or drooping. The knee joints are very loose and most of the time he is falling backward or farward, making it a pain to pose. But, once you find that sweet spot where he isn't falling over, he looks fantastic. Throw in Dr. Wu's addon swords and it just screams Six Shot. All and all, this firgue has amazing potential as a display item, and is fun to transform but the lack of tabs and the loose knees will always bother me.

Like Omega Grimlock stated...the boat mode is a streach; flip it over and put the guns as you want and make the ray gun. I do love all the different alternate places you can place the weapons and how the headmaster can not only fit in the cocpit but also the back of the wolf's head. the only draw back is the ratchets are too spaced out and they cause the legs to drupe a lil in jet mode; there is no locking mechanism for them in jet mode either but if you go google sixshot fanmodes you can see a lot of cool transformations. Even with this issue he is still worth buying; the ratchets are good enough to hold for a decent jet mode; transformer fans please pick him up

So far Sixshot is the only titan master that doesnt need the head taken off in order to transform. For me, the wolf form is easier to transform. I have theories why one of his modes is a sub instead of a gun.