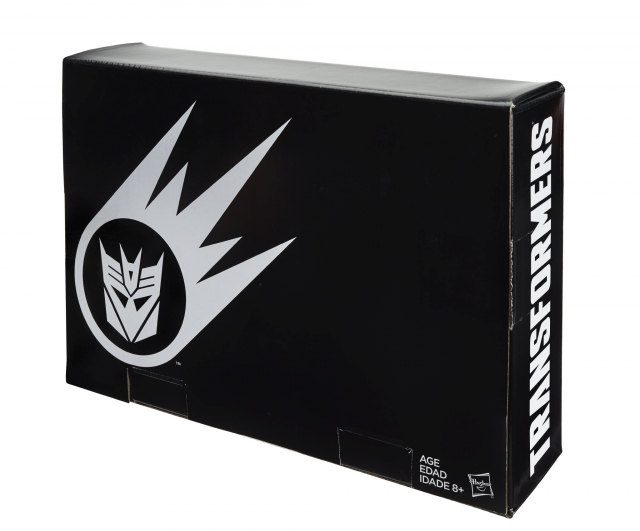 The Transformers battle explodes into uncharted territory when the Titans return. To control the Titans, an ancient race of giant, city-sized warriors, the Autobots and Decepticons must power up with Titan Masters, smaller bots that give bigger bots increased abilities. Unite and power up with this Titans Return Deluxe Class Blurr figure and Titan Master Hyperfire figure. The Hyperfire figure becomes the head of the Blurr figure.

Harness the Power of Titan Masters
The Autobots unite with Titan Master partners to power up for battle.

The Transformers battle explodes into uncharted territory when the Titans Return! To control an ancient race of giant, city-sized warriors -- the Titans -- the Autobots and Decepticons must harness the power of Titan Masters, smaller bots that give bigger bots increased abilities in battle. Join the battle with Transformers Generations Titans Return figures.  This Titans Return Deluxe Class Autobot Arcee figure comes with a Titan Master Leinad figure. The Leinad figure becomes the head of the Arcee figure. Unite them and power up for battle. Titan Master figures can become the head for Deluxe Class, Voyager Class, or Leader Class Titans Return figures. Unite this Titan Master Leinad figure with other bots to create different combinations, or unite other Titan Master figures with this Arcee figure. Find the best team ups and join the battle. Additional figures are each sold separately. Subject to availability.  Transformers and all related characters are trademarks of Hasbro.