The Shinra Security Officer from Final Fantasy VII Remake, a supporting character who repeatedly gets in the way of Cloud and his friends, is joining the Play Arts Kai lineup!

Each detail; from the rather eerie look enhanced by the Shinra regulation three-scope helmet, to the texture on their jacket, scarf, and armor on their shoulders and knees; represents the finely rendered security officer uniform depicted throughout the series.

The figure comes with a variety of interchangeable hand pieces, including a grenade-carrying hand, a tonfa that can be held in the dedicated hand or mounted against the thigh, a machine gun, a shotgun, a stun baton, and various other weapons, allowing you to recreate various battle scenes from the game.

Add to your Play Arts Kai collection and order your Shinra Security Officer at ToyGeek today! 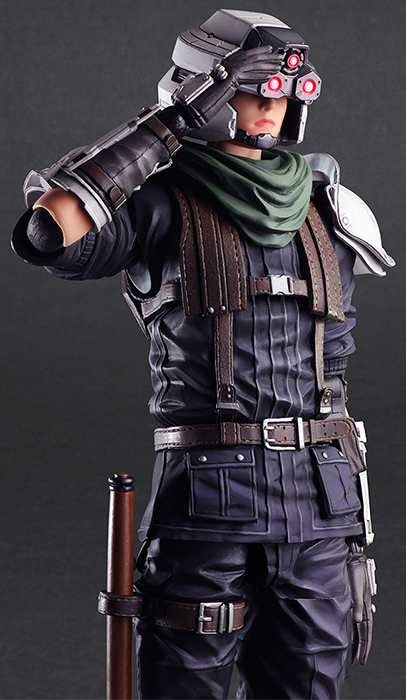 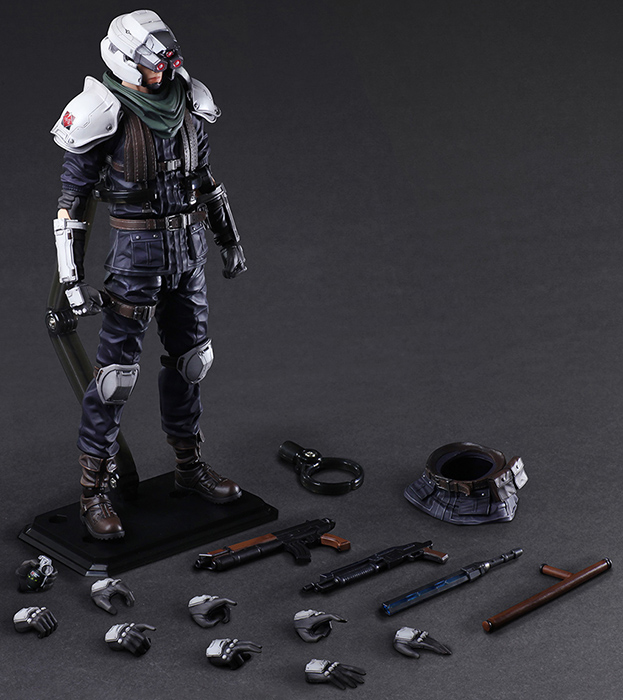