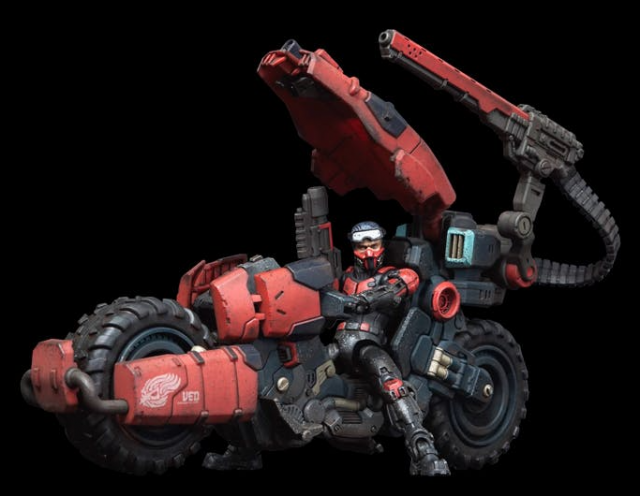 The 1/18 scale Acid Rain world of military figures, vehicles, and accessories continues with the FAV-A59 Strength of Ved!

Gen. Stanje Matik of the Abaddon Army’s 2nd legion, the one they call the Unbroken, never had it lucky. But every time the world knocked him down, he would get back up. Recognized for his achievements in the 1st Northern Suppression alongside Ratko “the Blue Wolf”, both were selected for officer training by Oleksandr I.

Since then, he has demonstrated his unbreakable will again and again, never losing an engagement. He remains friends with Ratko, who had the 2nd Legion’s engineers build a custom CM1d Combat Motorcycle, outfitted with a powerful Dwarf cannon and named the Strength of Ved, after his brother’s old SA. When not preparing for the next campaign, he enjoys taking long rides on his motorbike over the Omangan countryside.