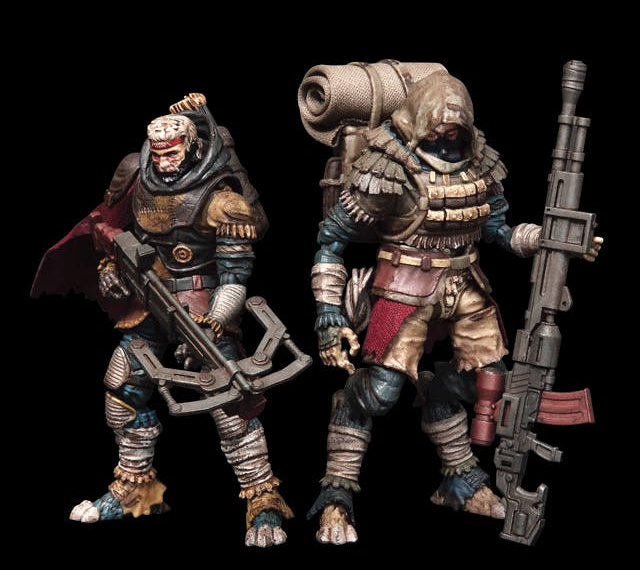 The Soil Ghosts are a mutant race of desert nomads who trace their origins to the fallen Estancian Empire. Though little is known about these reclusive mutants, governments typically brand them as dangerous beasts and scapegoat them for deficiencies wrought by their own corrupt regimes.

Time-tested by decades of grueling hardship, Chief Koren guides his fellow Sahai tribesmen with a firm but gentle hand. As one of the first Soil Ghost mutants, he bears haunting memories of the early anti-mutant purges. Koren's ferocity mellowed with age, and today the battle-seasoned rebel is a diplomatic elder who prepares for the worst but preaches for peace.

Doeg is a remarkable navigator who never fails to find untapped resources. Though a heartthrob among the Soil Ghost maidens, he prefers the company of animals over other tribesmen - casting a spell over wildlife with his sweet harmonica. The only thing Doeg excels more at than music is hunting - claiming the Horn of the Ancient during an inter-tribal ritual contest.