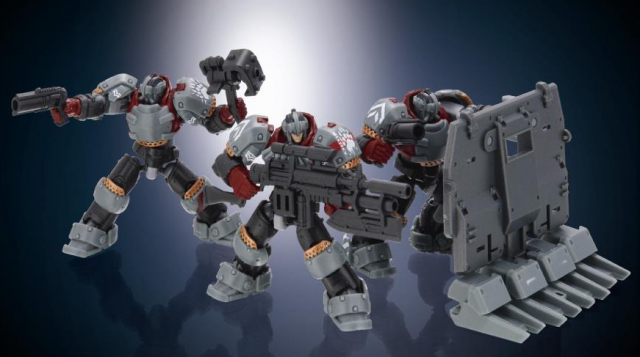 This equipment can exert about 3 to 4 times the power of an ordinary soldier. In battle, a unit is often formed with Arche-soldiers, Stonehenge and 2 squads equipped with a barricade for missions. Aside from combat, they carry the responsibility of fortress operation, repair and maintenance of shields, construction at strategic points, and controlling personnel access.