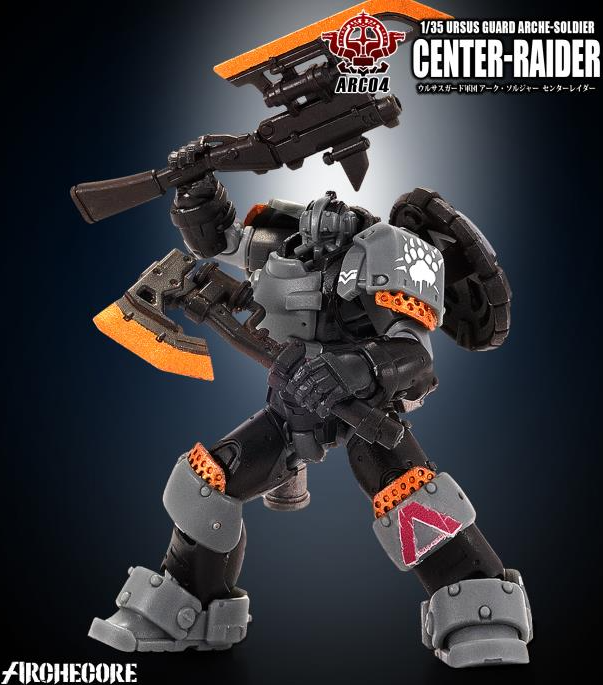 The Ursus Guard Legion is deployed on the northern border of the Kingdom of Veck and was in many important battles and historical events. It is one of the oldest and most powerful regiments in the Kingdom of Veck. In the special unit - Arche-Soldier, each soldier is equipped with the most advanced military-tech equipment of the Kingdom of Veck, the 3rd Generation Ars-6 Protective Armor, this equipment can exert about 3 to 4 times the power of an ordinary soldier.

The Ursus Guard Legion adopts a three-person unit combat style, including Vanguard, Center-Raider, and Suppressor, having excellent mid to close-range combat ability. The vanguard is responsible for the reconnaissance and harassment of the enemy in front, the raiders cooperate with the vanguard to attack the enemy effectively, and the supporter covers them as fire support in the rear. Since Arche-Soldier does equip additional backpacks, the team's radius of action is relatively small, and they usually cooperate with mobile vehicles and fight.