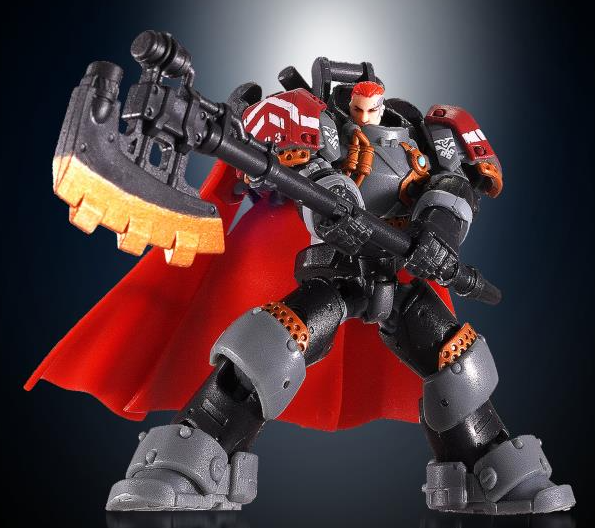 Ursus Guard Legion, Captain Ørn Lodbrok, the seventh heir of the Lodbrok family, the leader of the ARCHE-YMIRUS RESURRECTION PROJECT. Since childhood, he received an excellent education and strict military training, and when he was only 22 years old, he became a Captain and the youngest leading officer in the Legion. Ørn is a balanced fighter proficient in three types of weapons: hammer, axe, and shield.

And most distinctively, he possesses powerful and rare mental powers, which enable him to control the Frost Light freely and cooperate with him according to his consciousness. Not only can he control the giant remotely for a long period of time, but still maintaining his consciousness so clear that his actions were not affected. So he is good at coordinating with giants to deal with giant monsters.

His father, Haier Lodbrok, has gone missing in the Twelve Days of Scourge event. In order to restore honour of his family and his father's, Ørn served as the commander of the Arche-Soldier unit in Operation E.P. Recapture.