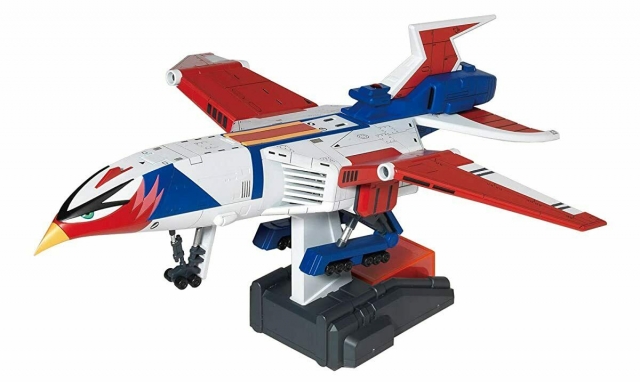 God Phoenix , who was active in the TV broadcast "Science Ninja Corps Gatchaman II" comes as a snap tight plastic model kit is composed of multiple molding colors (MPC / multi-color parts), so it is completed as an image model without painting.  LED Lights Kit (packaged separately) is included with this item.

This model is a faithful recreation of New God Phoenix has appeared from the TV anime "Science Ninja Corps Gatchaman II" produced by Tatsunoko Production, which was broadcast from October 1978.

Stickers and decal sheet are included, as well as 4 bird missiles, and 3 accessories.  Note:  Mini figures and vehicles are not painted.