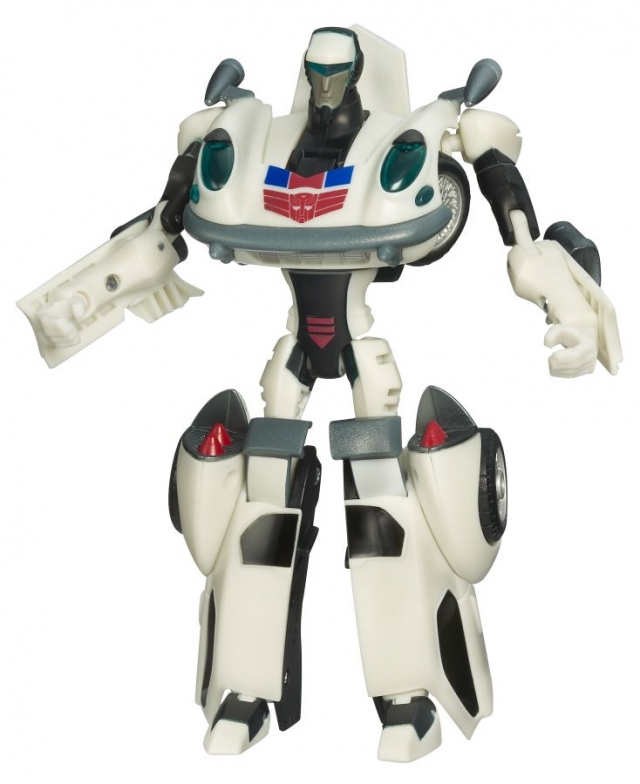 Transformers Animated Deluxe Class Autobot Jazz  is a Deluxe Class scaled figure that stands 6-inches tall in robot mode and transforms from robot to Race Car and back.

Autobot Jazz has studied Earth culture since he first became aware of it. He loves everything about it - the music, the movies, the vehicles, and of course, the style. He's usually a pretty chill guy, being a cyber-ninja and all, but he can barely contain his excitement at finally getting to check out Earth and give his new vehicle mode a spin. His excitement won't make him forget his duty, however. He is a master of hand-to-hand combat, with the fastest fists on Cybertron.

The Transformers Animated series premiered in December 2007 on Cartoon network and featured a much more different art style, than the traditional Transformers lines. Each figure in the toyline represents this unique style, and brings a distinct flavor to the Transformers lineage. 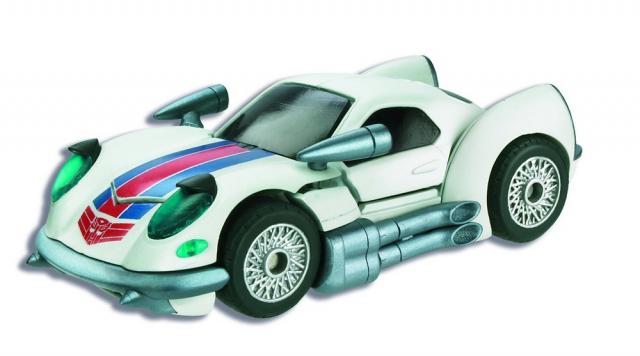 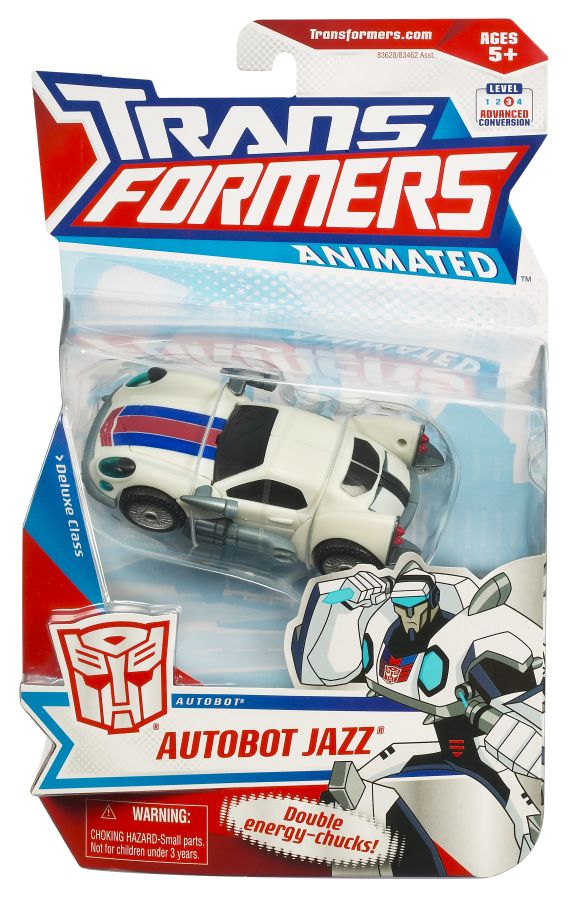 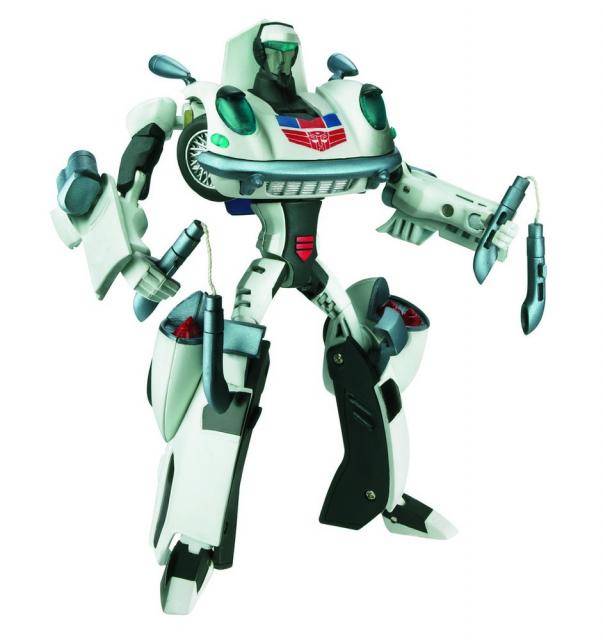