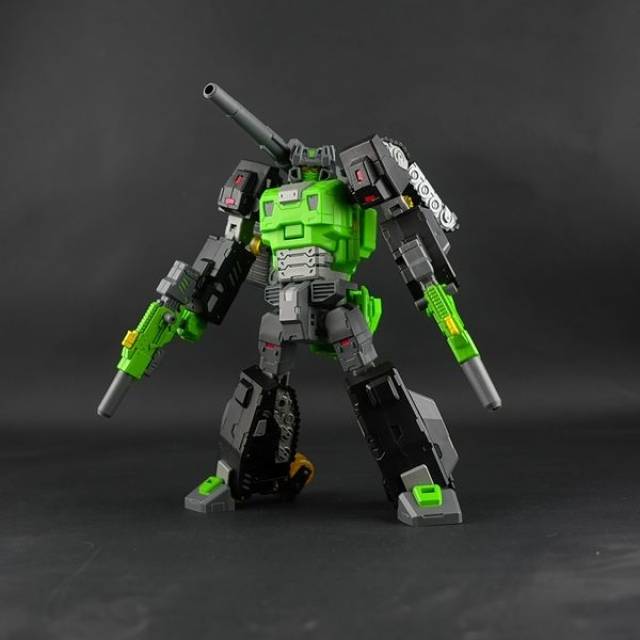 I ordered three different third party transformers as my first trip into this world. for the most part was pleasantly suprised..But this guy , This guy is the best. Ironically I opened him last. He is just awesome by design. and is a good solid weight and transform. Up to and including his head..and absoulutely he could pass for a masterpiece figure.

My headmaster came without the "glasses" of the head, frustrating. The pieces came extremely hard, need help from a tool to unsnap. I did not get to put the pilot in the cockpit perfectly. The plastic did not surprise me. I'm not sure buy another product from this brand.

Being a fan of headmasters as a kid, it was inevitable that I'd pick one of the many 3rd party figures that have been released recently. Ultimately I chose Toy World's Hardbone, my first purchase of any Toy World product.

One major reason I chose the Toy World line over the FansProject line is SCALE. Fansproject figures in general are just WAY TOO SMALL. They scale perfectly fine with modern deluxe figures, however look out of place next to the funky and awkward designs of many modern era Hasbro/Takara toys. With superior design, colors/paint, articulation, etc. They simply don't belong next to Classics/Generations figures. With that being said, they are far too small to scale with Masterpiece figures from Takara. The fansproject line seems to offer more complex, yet satisfying transformations, whereas the Toy World line is more straight forward and simple, yet offers the same level of articulation in spite of it's more blocky G1 style of design.

As for Hardbone himself, very happy with the quality of materials. Hardbone is hefty without being heavy. Highly articulated with strong ratchets. Colors are rich and pop, unlike licensed Hasbro products. Hidden armaments and multiple ports for weaponry are a nice added value. Transformation is simple to moderate and can be done without instructions through some light trial and error. Most importantly for me, he scales perfectly with Masterpiece toys. He simply looks like he BELONGS amongst them. Just lots of good stuff here.

In closing, I highly recommend this guy for any fan of Headmasters, Masterpiece figures, and even casual fans of just good Transforming toy

CONS.
-Headmaster head itself fails to move the needle in design as the rest of the toy has. No real improvements over the old G1 headmaster heads.

NOTE: For fans of FansProject, this review wasn't meant to trash their products, simply a means to express frustration with nearly perfect figures. I do plan to pick up their line of headmasters in the future.

Superior quality! I have long waited for a g1 inspired update and ToyWorld answered the call with this one! Great detail (in the figure, mini figure head, and accessories), very satisfying to transform, pose, and display in both modes. Can easily compete with, even exceed any Hasbro/Takara Transformer!

EXCELLENT FIGURE! QUALITY OF THE PRODUCT EXCEED MY EXPECTATIONS, AT 8 INCHES TALL, THIS FIGURE TOWERS OVER ANY VOYANGER SIZE TRANSFORMER, THE WEAPONS ARE JUST AWESWOME, SHOULDER CANNON CAN BE ATTACH TO THE ANY ARM AND MAKE SUPERWEAPON COMBINE WITH THE OTHERS THAT FIGURE COMES WITH!