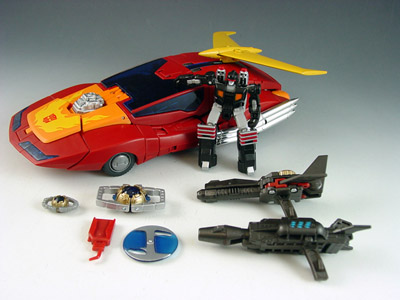 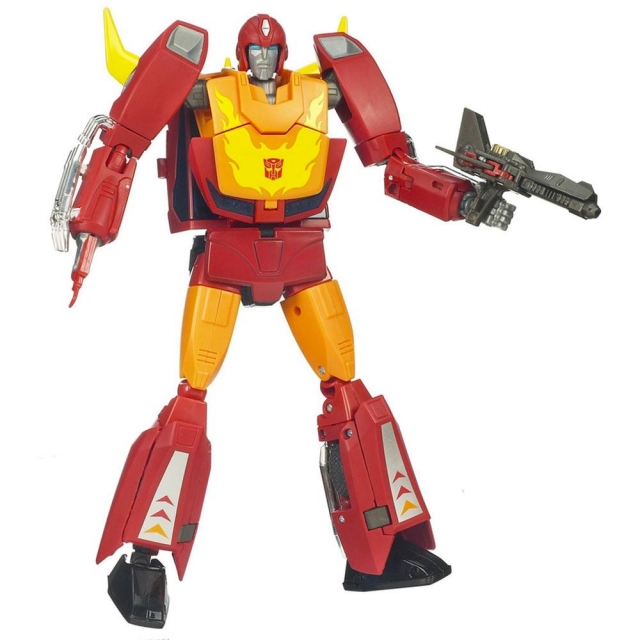 The Hasbro version of Masterpiece Rodimus Prime is store exclusive figure. Redecoed from the Takara version to appear more like the original toy he includes Offshoot a Targetmaster figure, as well as all the other accessories from the Takara release.  This version of Rodimus features the same Matrix of Leadership and also an additional matrix similar to the one included with the original Masterpiece Optimus.  Accessories include: Photon Eliminator/Photon Lasers Alpha & Beta, small matrix of leadership, large Matrix of Leadership, buzzsaw, welding torch, and Targetmaster Offshoot. 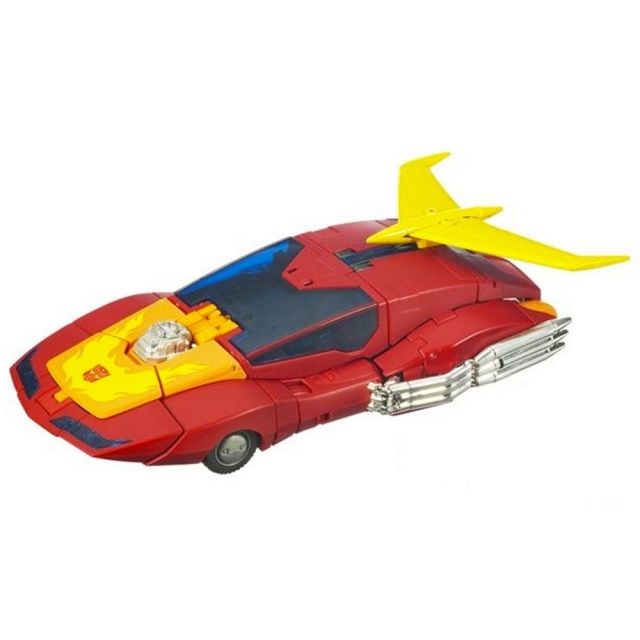 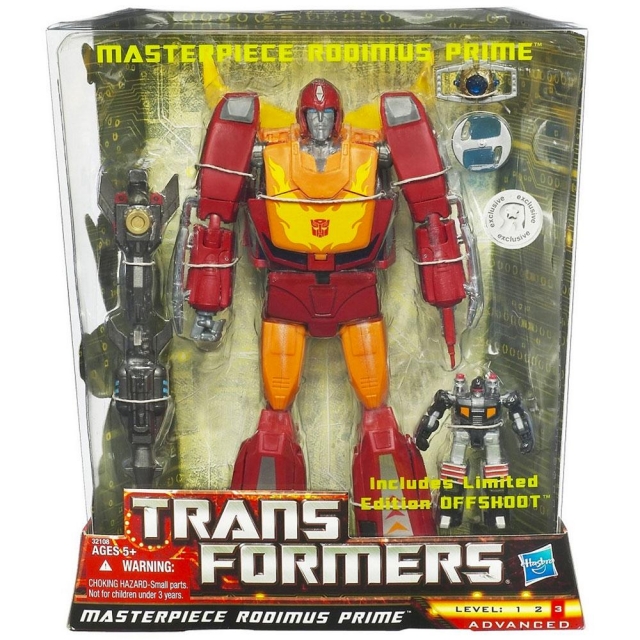 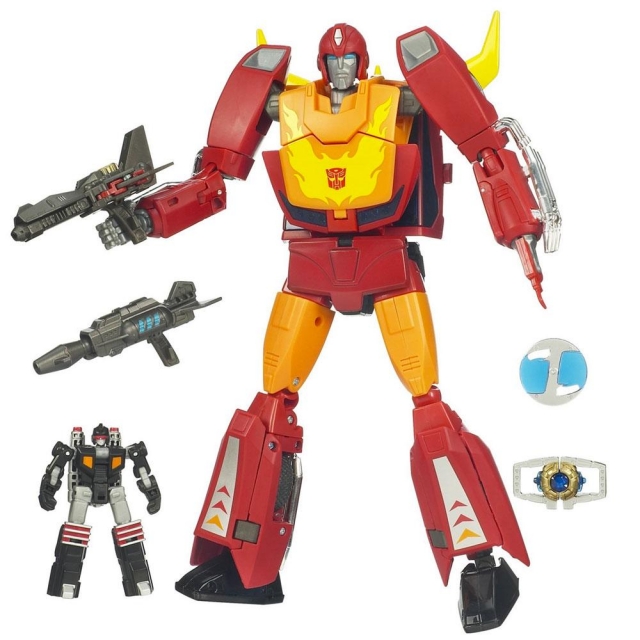