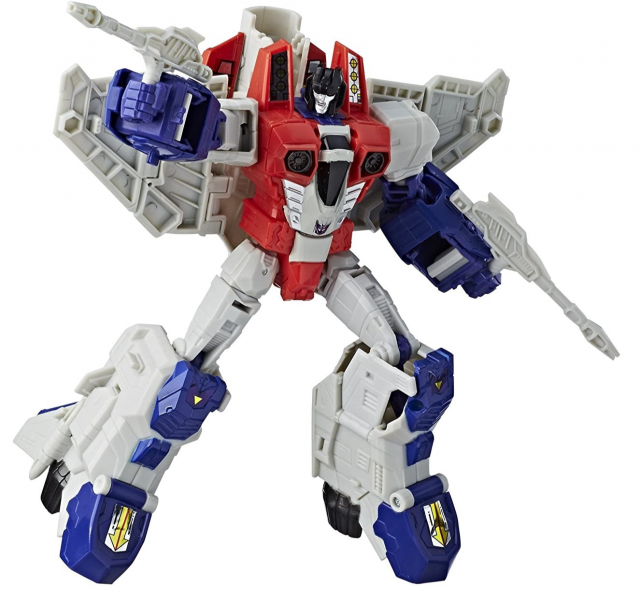 Transformers Generations Power of the Primes Voyager Class figures are 7-inch-scale figures that come with 2 Prime Armor accessories. Insert a Prime Master figure (not included; each sold separately) into 1 of the accessories, attach it to the figure, and imagine Starscream wields the power of a Prime. The robot action figure figure also comes with a Seeker Enigma accessory. The Voyager Class Starscream figure converts between robot and jet mode in 11 steps. Combine it with 4 Power of the Primes Deluxe Class figures (each sold separately) to form a Combiner super robot!

The Decepticon Air Commander Starscream is a scheming and powerful warrior who believes he is worthy of ruling the universe. The 12 Prime Masters carry the god-like abilities of the Primes: powers including time travel, infinite knowledge, and the ability to forge mystical weapons and artifacts. Can Starscream be trusted with their incredible power?

The Autobots and Decepticons use Prime Masters to wield the incredible powers of the legendary bots who shaped the universe: the Primes. Prime Masters carry the spark of a Prime, allowing them to share a Prime's godlike ability with other bots. How will the scheming Decepticon air commander wield this epic power? Anything is possible and everything is at stake when the Power of the Primes is unleashed! 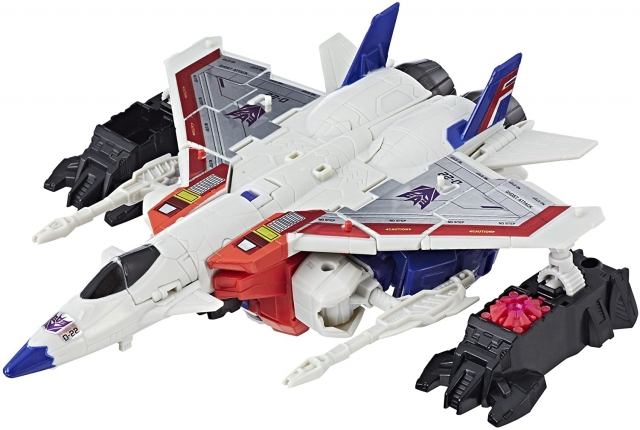 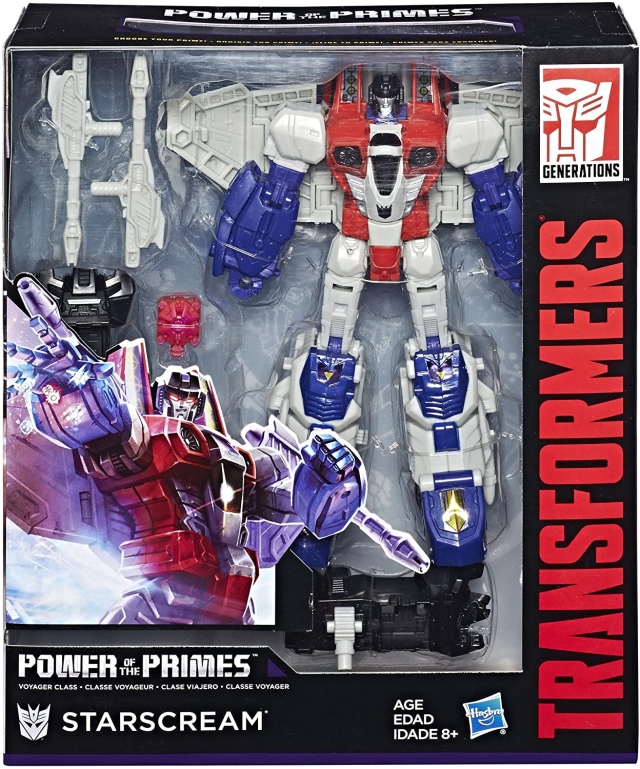 Starscream Voyager Class is a part of Power of the Primes! 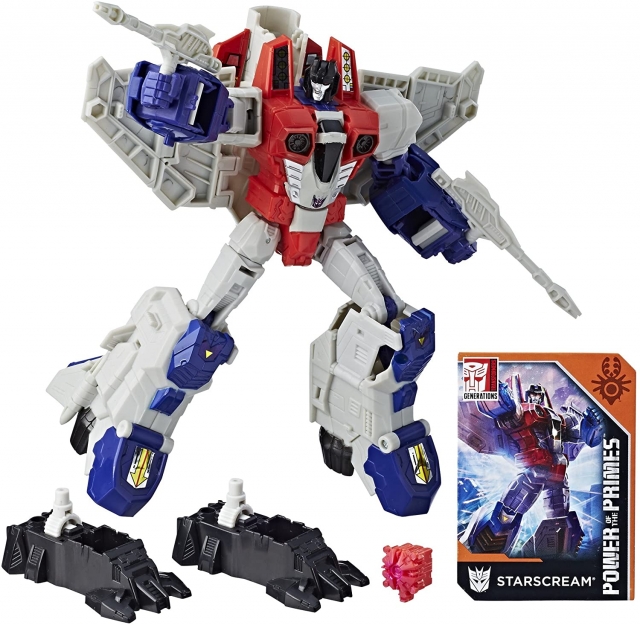 Very good and cool. I believe his combined form is King Starscream but I'm not sure yet. We will just have to see.