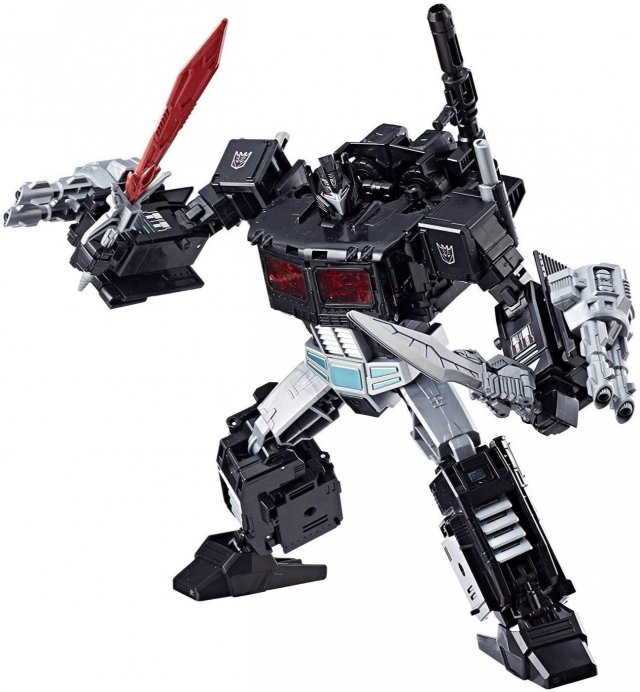 This Exclusive Power of the Primes a Leader Class Evolution Nemesis Prime figure stands 9 inches tall in robot mode and comes with converting Evolution Armor. Use the Evolution Armor to evolve the figure from Nemesis Pax to Nemesis Prime. The included Dark Matrix of Leadership accessory fits inside the figure’s chest. It also holds Prime Master figures (each sold separately). Swap out the Matrix’s core and swap in a Prime Master figure to imagine giving Nemesis Prime the incredible godlike powers of a Prime. The Nemesis Prime figure converts to tractor-trailer mode in 35 steps. The Nemesis Pax figure converts from vehicle to robot mode in 17 steps. See if you can master the detailed conversion of this exclusive Leader Class figure.

This is the first time Nemesis Prime, the evil version of Optimus Prime, has been introduced to the Prime Wars Trilogy story and toy line; great figure for Transformers fans, Transformers Generations Power of the Primes fans, and action figure fans.