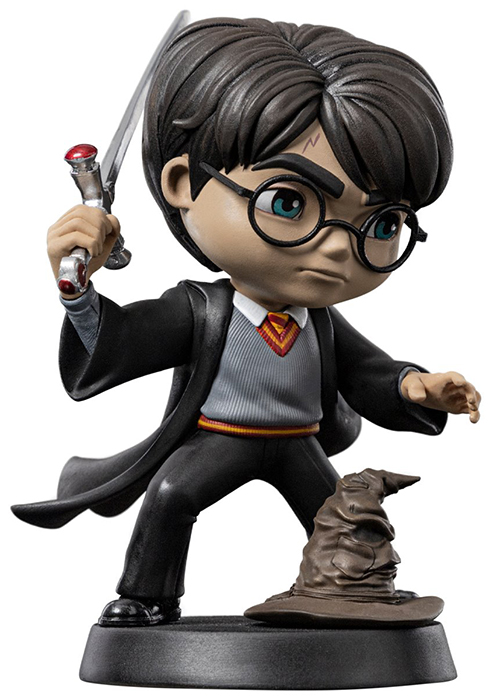 Celebrating the 20-years-anniversary of its premiere in the movie theaters, Iron Studios bring three new statues in their collectible Toy Art MiniCo format with Harry Potter, Hermione Granger, and Ron Weasley (all sold separately) representing some of their most unforgettable moments and bringing a new opportunity for Harry Potter fans to start their MiniCo collection.

Withdrawn from the famous, magic, and sentient Sorting Hat standing at his feet, the small wizard boy considered worthy is ready to destroy the Horcruxes and defeat the evil Lord Voldemort, raising the Sword of Gryffindor, a thousand years old magic weapon, in the newest MiniCo figure of Harry Potter by Iron Studios. Harry Potter is a boy that finds out at the age of 11 that he is a wizard when he is invited to study at Hogwarts School of Witchcraft and Wizardry. Creating strong bonds of friendship and respect with Ron Weasley and Hermione Granger, other wizards of his age, and with Hogwarts Headmaster Albus Dumbledore, considered the greatest among the wizards, his biggest challenge is to face the fearsome wizard Lord Voldemort, that plans to become immortal, conquer the wizarding world, and destroy everyone that stands on his path, especially Harry Potter, whom he considers his greatest rival.

Be sure to add this amazing Harry Potter With Sword of Gryffindor figure to your Minico Collection and order from ToyGeek today! 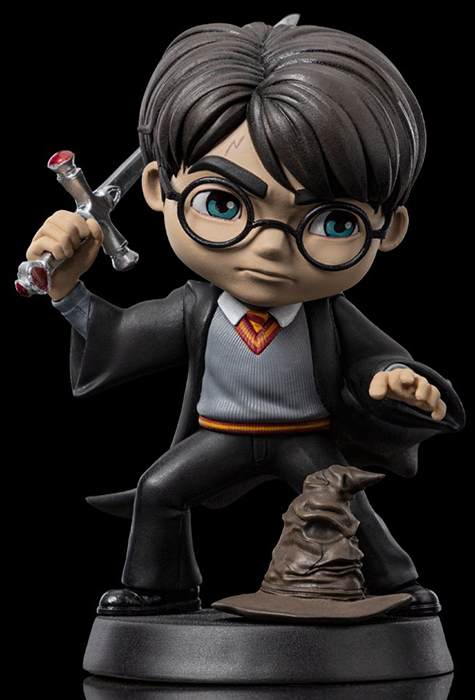 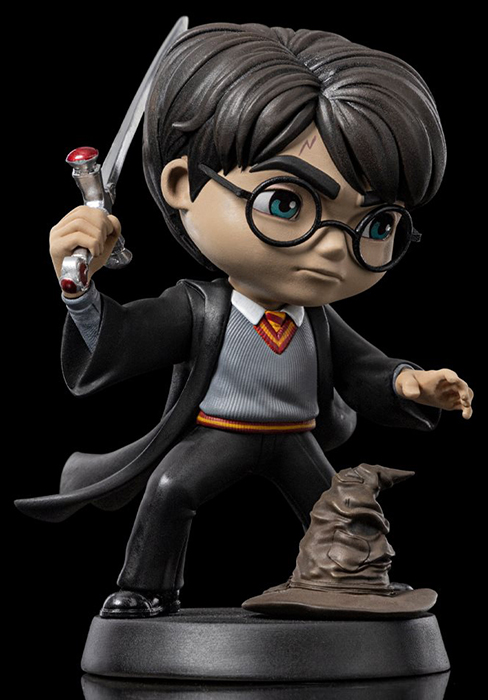 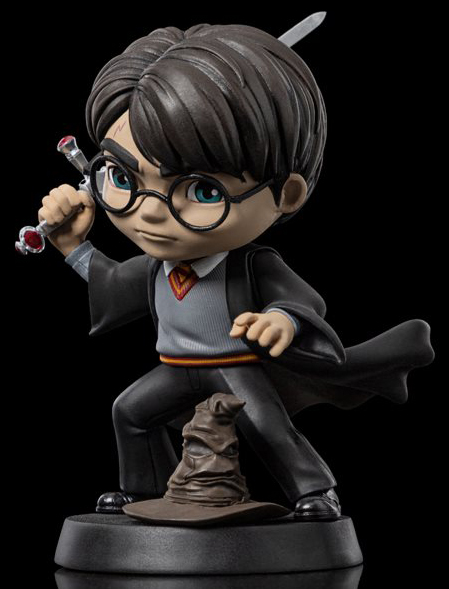 Minico Harry Potter With Sword of Gryffindor is hand-painted!