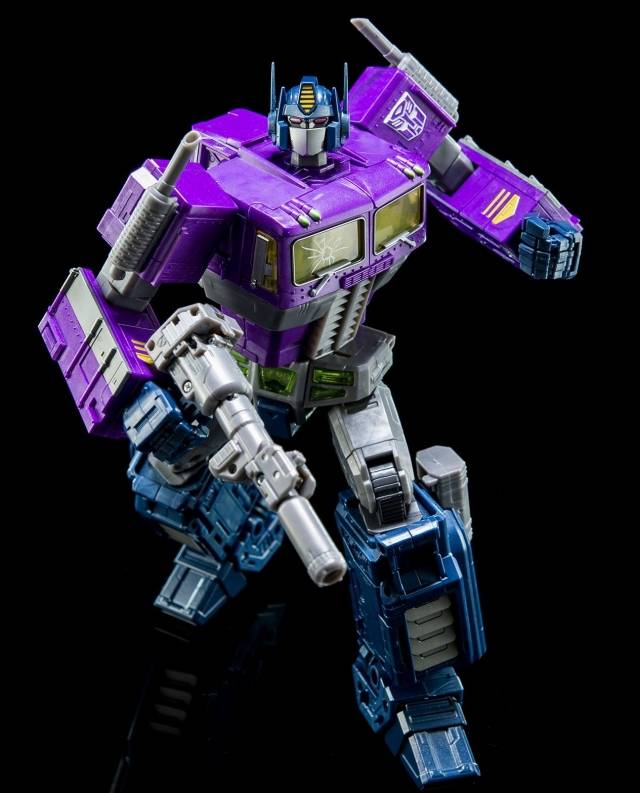 Transformers Masterpiece Shattered Glass Optimus Prime is a redeco of MP-10 Optimus Prime now sporting his Shattered Glass Comic / Botcon color scheme including a cracked windshield and purple autobot symbol on his shoulder.  He includes a distinctly shattered glass purple color scheme along with blue, grey and yellow highlights.  Also included is his trailer this time in black but also sporting a purple autobot faction symbol.  Parts and accessories include:   Ion blaster, Matrix accessory, energon-axe, and trailer that opens up to be a repair bay or combat deck. 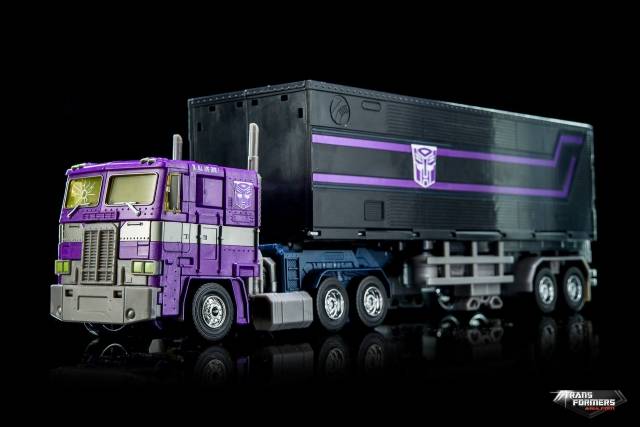 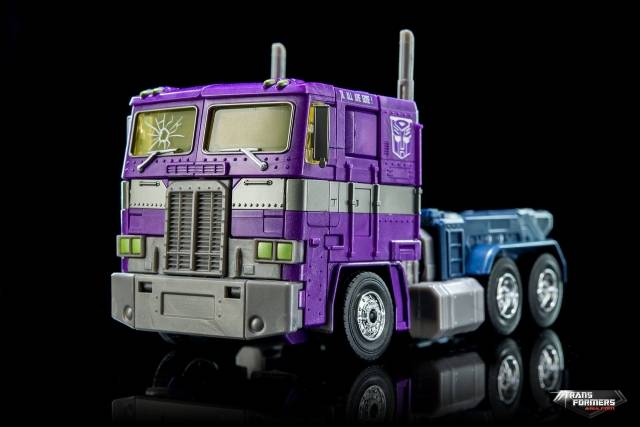 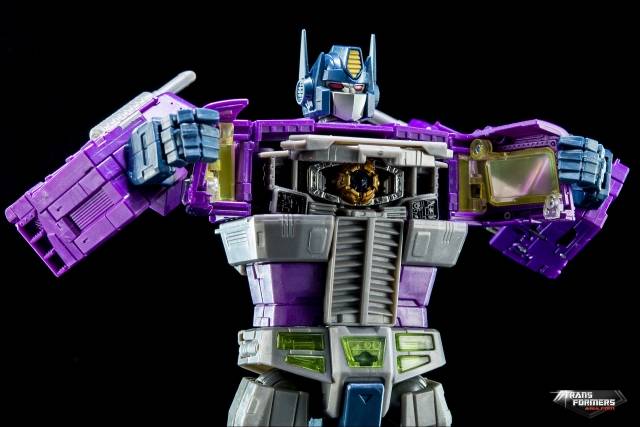 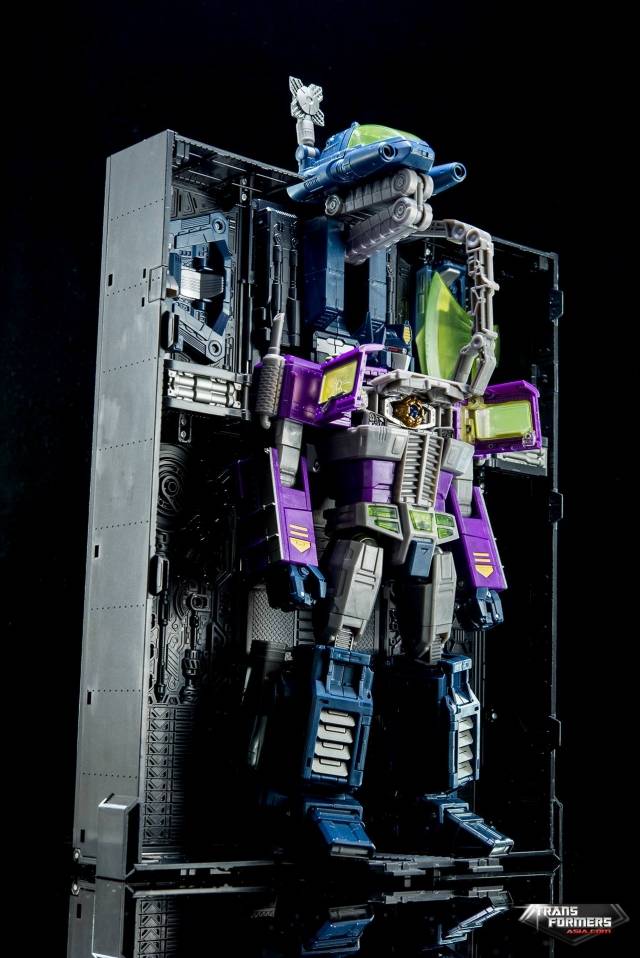 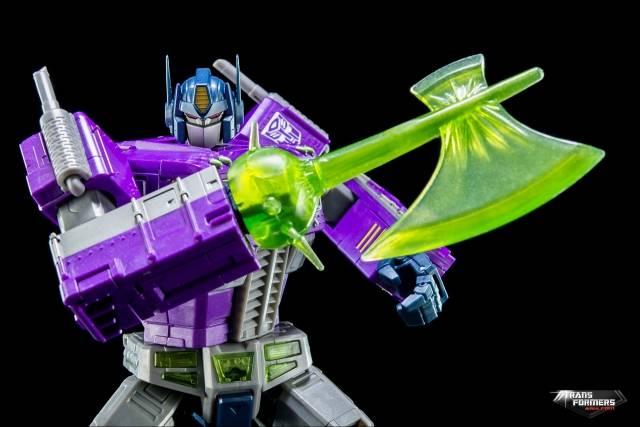 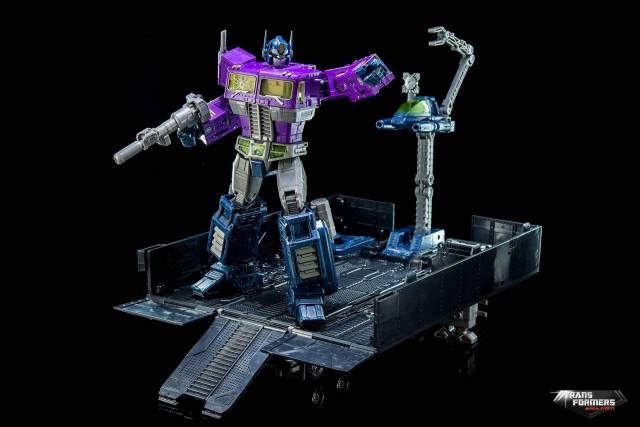 Similar to the other variants, essentially a recolored Prime. But still maintains good quality and is a solid product.

I have a lot of Primes and it was nice to have such a variation that reflected the Shattered Glass storyline.

IMO it's a cool shattered glass. It's just a repaint and a cool edition to the MP collection. The only down side is it doesn't feel like a Takara, it feel like a Hasbro. Bit it's not worth not buying. It looks goodness to the DX9 carry shattered glass .

I own both the Takara and Hasbro versions of MP-10 Convoy/Optimus Prime as well as MP-10B Black Convoy/Nemesis Prime and I have to say that this product felt like a recolored knock-off of these other figures.

The purple colored plastic that makes up the upper part of his body has considerable uneven coloring, like swirls and whatnot. Areas that had been covered in chrome on the other versions of this mold are now in a very cheap looking grey plastic. Finally, it seemed like every joint or movable part on this figure was surprisingly loose - I think this was in part because the figure was lacking chrome and possibly paint that the other molds had which tightened up the assembly of those figures. I currently have him in truck mode on display along with Optimus Prime, Black Convoy/Nemesis, Ultra Magus, and Delta Magnus, and SG Prime sticks out with a noticeable lesser quality appearance compared to the other four figures.

I would say the silver lining of this purchase was the black trailer which looks rather nice with MP-10B who didn't come with his own trailer to start with - that is if you're okay with the fact that SG Prime's trailer does not come with his own version of Roller and if you can reason out why the trailer has an Autobot symbol while MP-10B has a Decepitcon symbol.