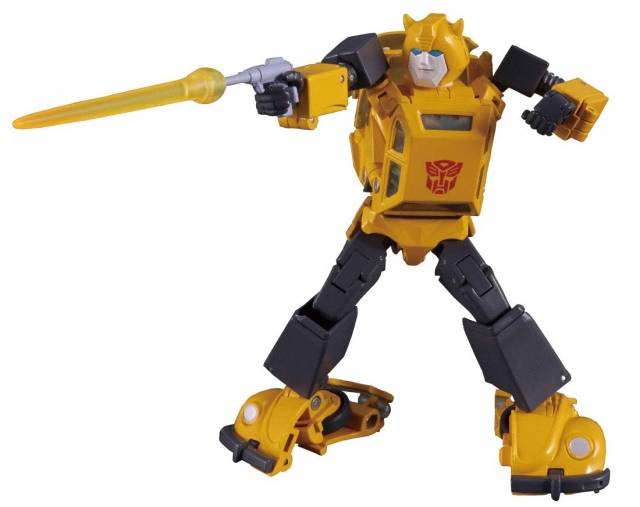 meta charset="utf-8" />Bumblebee is back and better than ever!

You loved him in the original cartoon series and his recent feature film. For more than three decades, Bumblebee has been one of the most iconic and memorable stars of the entire Transformers franchise. Now, you can take home the new and improved version of the loveable yellow Autobot with the Transformers Masterpiece MP-45 Bumblebee Version 2.0 from Takara Tomy.

Think of it as a remastered version of an existing Masterpiece figure—in this case, the original MP-21 Bumblebee figure. Masterpiece Bumblebee’s original and impressive G1 styling is still here, but the MP-45 version greatly improves upon and exceeds the original design. This highly collectible, incredibly detailed, amazing figure is one of the best versions of Bumblebee available today.

Not only are his classic G1 colors are present, but painted in sharp, lush tones that make him look as cartoon accurate as a figure can be. In addition to Bumblebee’s awesome aesthetics, his spectacular new style and sculpt pay homage to more modern anime/cartoon stylings. The figure is also highly articulated and can strike a variety of poses suitable for any action scene. HIs alt mode is an iconic Volkswagen Beetle—licensed exclusively for this figure by the fine folks at Volkswagen—and transforming him to and from robot mode is not only easy to accomplish, it’s a blast to switch the figure from one mode to the other and back! Durable construction, wheels that spin while in alt mode and an alternate “I Love NY” license plate provide an even greater value for this already superb figure.

The Bumblebee Version Two figure looks great and comes fully loaded with accessories—including a Spike Witwicky miniature figurine! Just like Bumblebee, the Spike figure features good articulation and construction.  Bumblebee’s vast array of accessories include some stunning weapon blast effects, the alternate license plate, and replacement faceplates/face swaps for the stalwart Autobot’s robot mode. Best of all, Bumblebee’s doors open fully while he’s transformed into his alt mode, while the included Spike figure fits perfectly behind the driver’s seat! Ideal for display in either mode, this masterpiece figure belongs in your collection.

And what’s better than one Masterpiece Bumblebee? Two, of course! See what all the buzz is about with the MP-45 Bumblebee figure. It’s a fantastic collector’s piece on its own, but it will make a more than worthy companion to your Masterpiece MP-21 figure as well. So, be sure to get your new MP-45 Bumblebee today only at Toygeek, your source for everything Transformers! 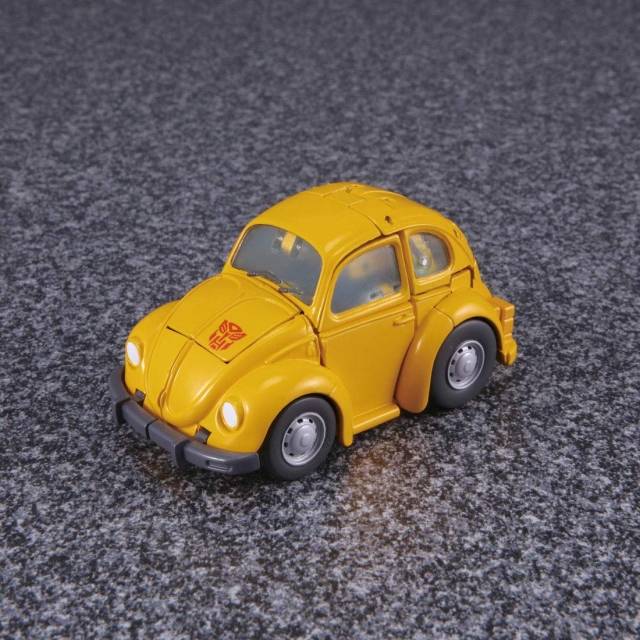 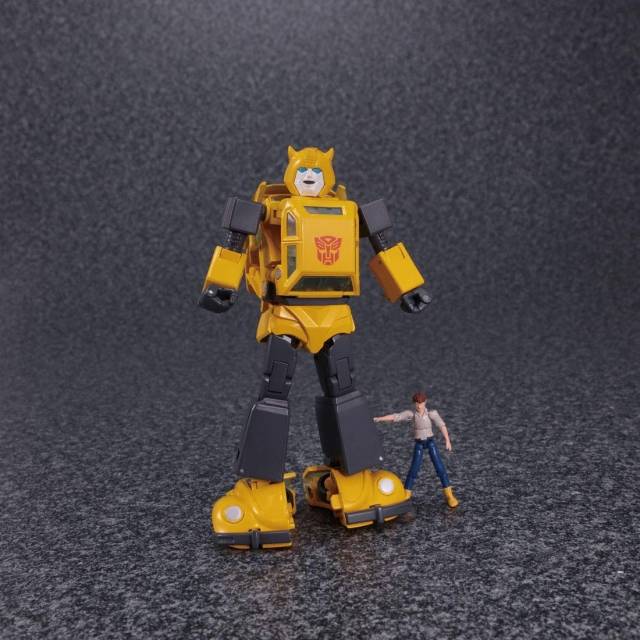 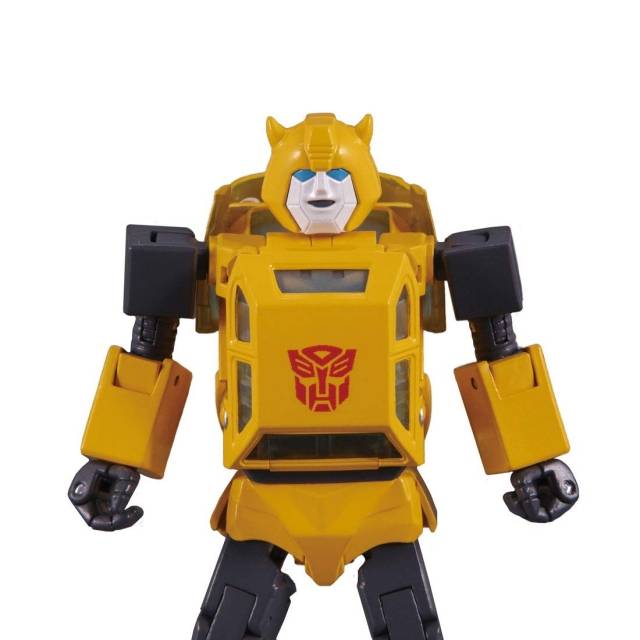 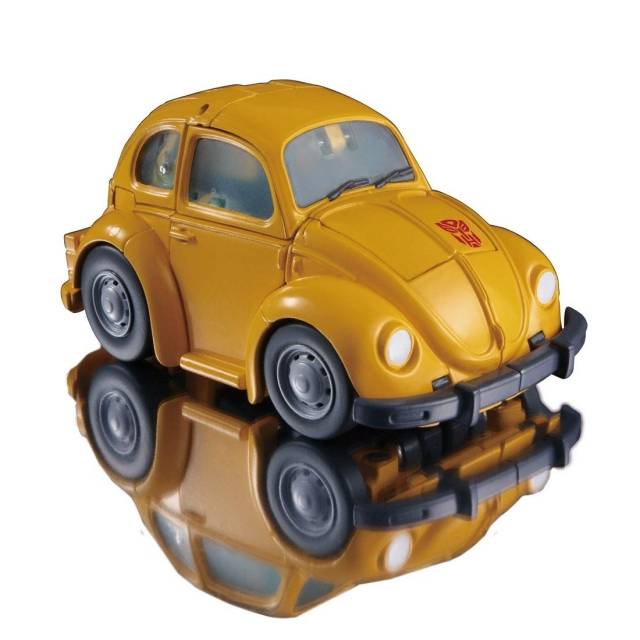 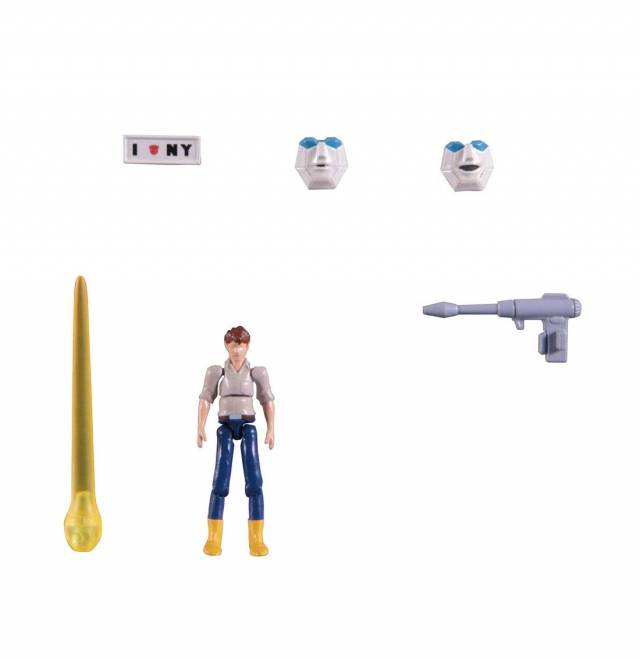 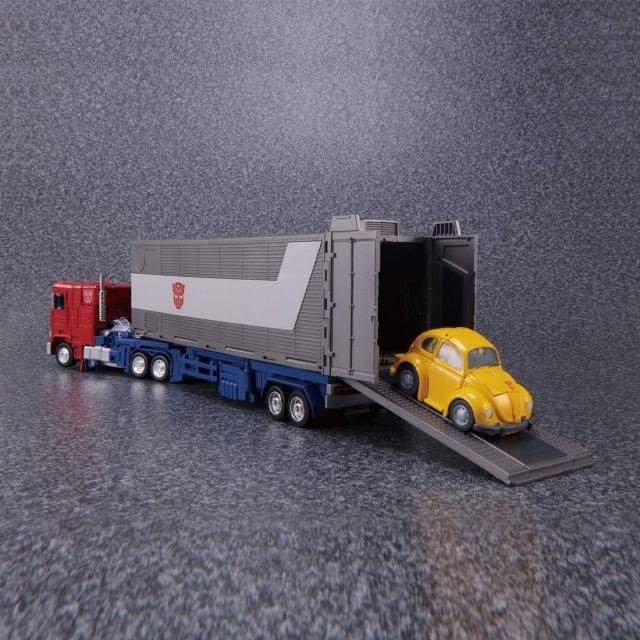 When I first saw the photos of this figure when it was revealed I was revolted. With all the god awful junk hanging off his back and those feet, oh lord those feet. But I intend to collect every MP that is made ( even the best wars though I'm not a fan ) so I got the little guy. Much like MP-44 Primes backpack Bumblebees isn't that bad in person. You can snug up some stuff a bit better that what's in the pictures, plus you really don't see the back that much depending on how you display him. All the panel seams in alt mode are a bit off putting I can look past them. The one star deduction is for those feet, good god those feet. There is just no way to spin those things in a positive way. I hope a third party upgrade company makes him a pair of shoes to cover them up. Wouldn't mind a backpack cover as well. If you want that more toon accurate look than this is your Bee. But keep in mind he's far from perfect.

Is not as terrible as everyone is making it out to be!
Is overpriced sure but still is a good improvement over MP -21 . Looks good with the other figures, backpack not so bad, MP - 28 is far worse !!!!

Very impressed with this guy, easily the best toon version of bumblebee.

Paint chipping out of the box , loose legs and unsightly foot kibble, avoid this figure unfortunately

Save your money. This thing sucks.