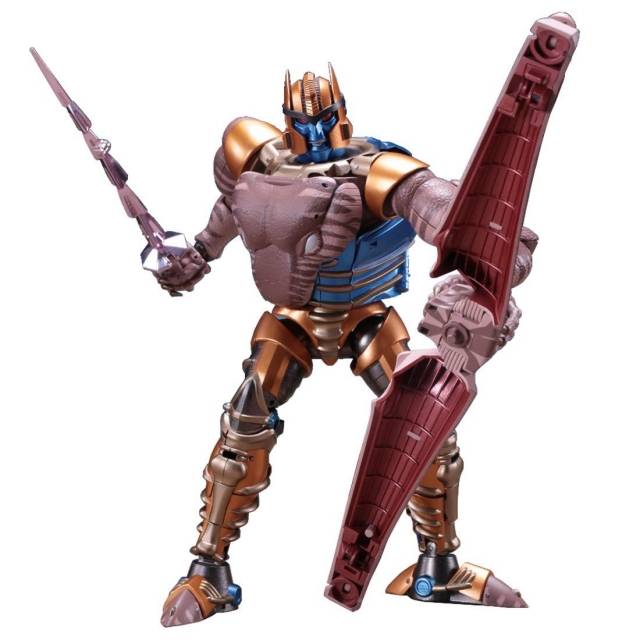 Transformers Masterpiece MP-41 is none other than Dinobot from the Beast Wars Series! With the 20th anniversary of Beast Wars, Takara pays homage to the Beast series with MP-41 Masterpiece Dinobot which transforms into a fearsome Velociraptor!

A breakthrough figure in MP innovation, in dino mode Dinobots head can move left to right, and in robot mode he features two different colors of LED eyes including his eye beam. Extreme attention to detail to match the coloring and pattern of the on TV Dinobot and this figure were made. Figure includes both cyber shield and dino saber and cyber shield can spin with use of the lever. Includes golden disk as seen on the TV series, as well as display base and 3 alternate face plates.

MP-41 Dinobot is likely the greatest version of Dinobot and a true masterpiece of a Transformers figure.  A centerpiece of your collection get yours at Toygeek your source for everything Transformers. 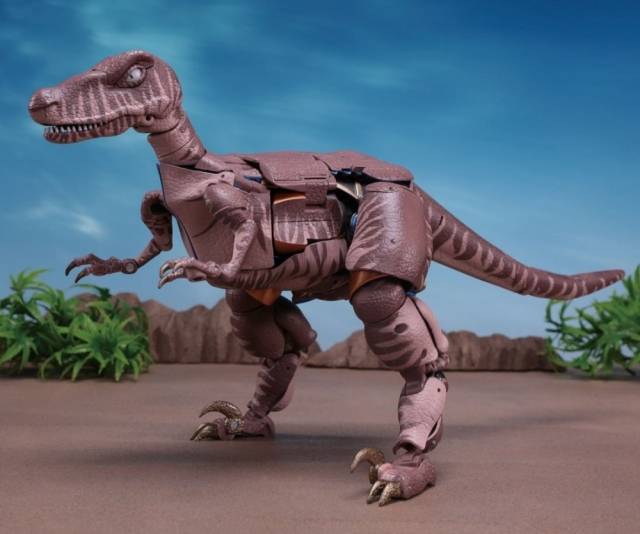 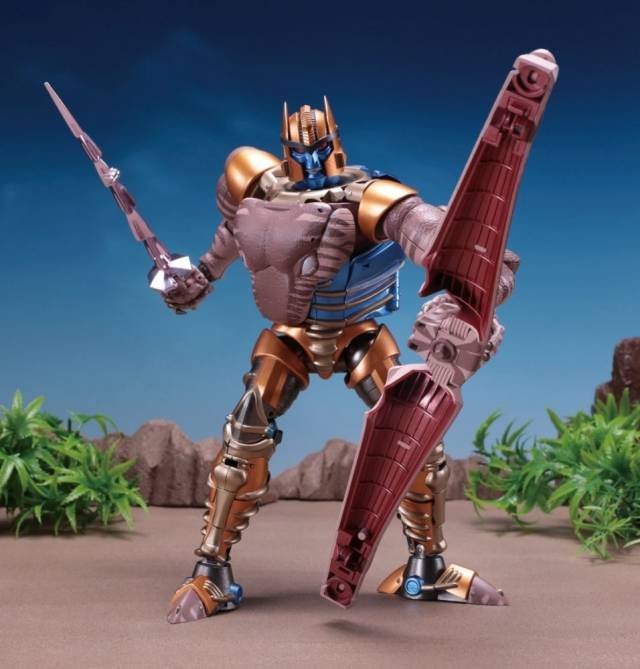 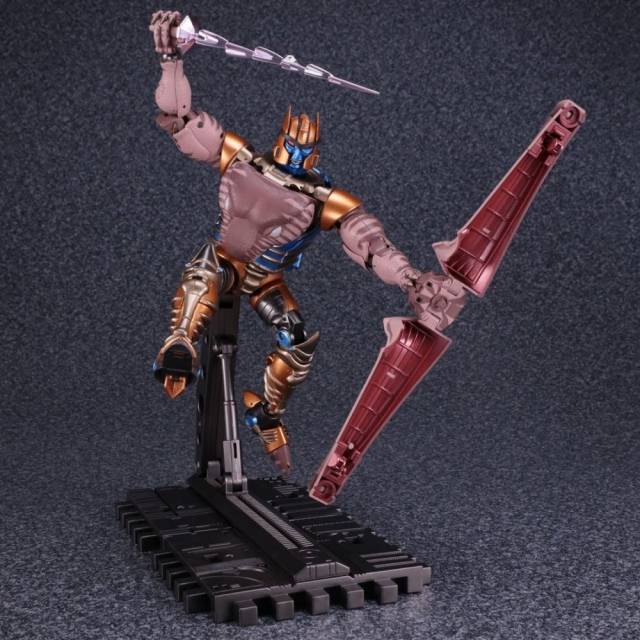 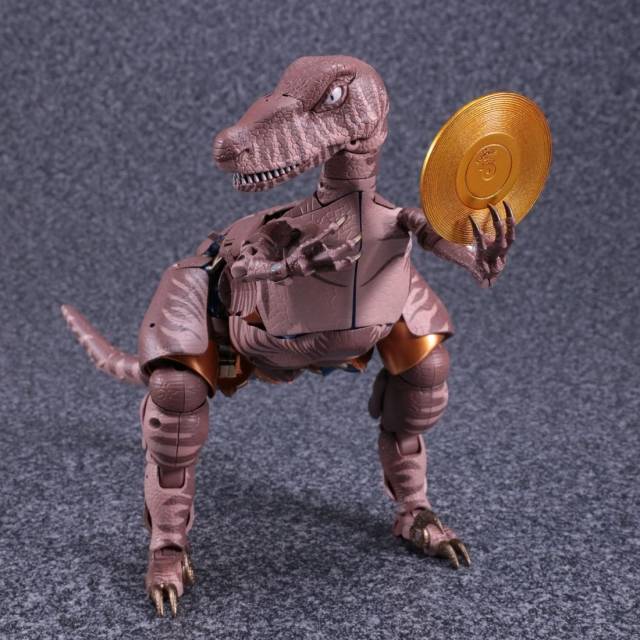 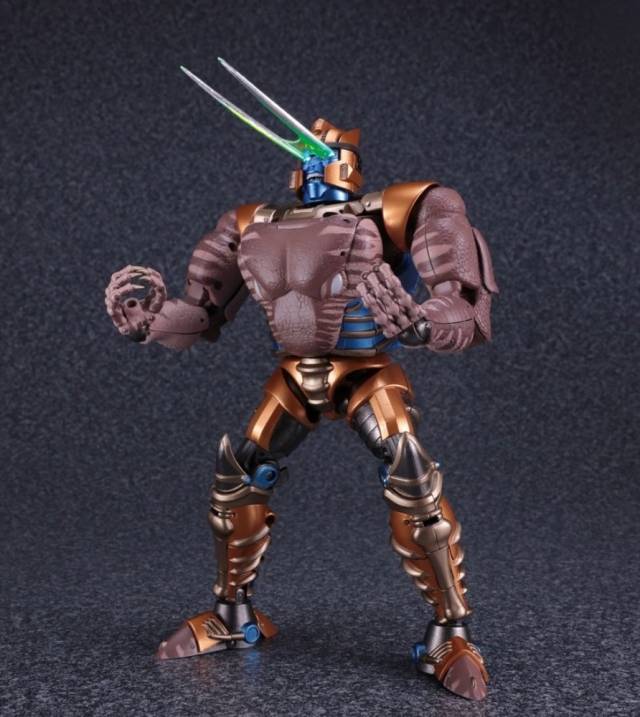 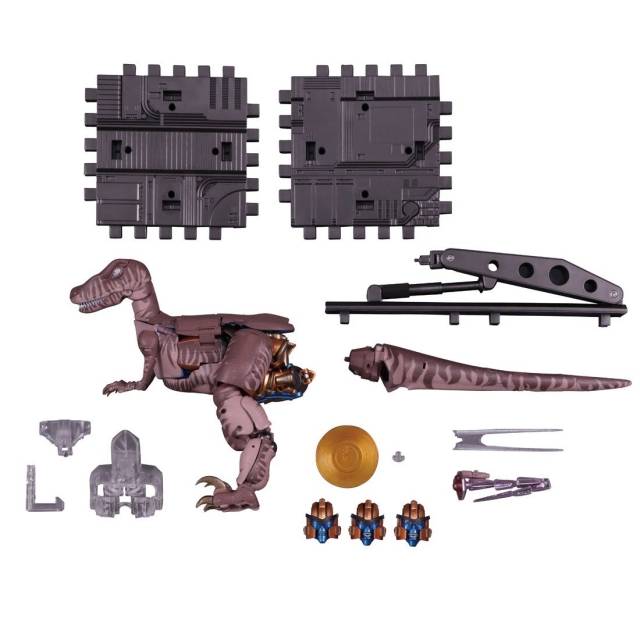 First MP and a great figure although I received a very heavily damaged box with huge cuts.

Got him for my birthday last year. Probably my favorite Masterpiece in my collection. All the Beast Wars ones so far have been great for looking like their cartoon counterparts, but I'm so glad they got him as close as they did.

This guy looks great in both modes, but don't try to stand him up in dino mode. Use the stand. Trust me, these ankles are garbage.

This figure is expensive and has some butt kibble... but is also awesome to look at and possibly the best Dinobot you will have. Given the engineering and detail of this figure, I can honestly say it was worth the cost. I love the transformation and how great it looks in bot and beast mode, and wish I could show both off simultaneously. Alas, I cannot justify that cost, but can absolutely justify the cost of one MP Dinobot. Note: be careful with the orange painted parts rubbing other portions while transforming because several transformations without care can result is minor chipping. If you have to pay the inflated prices now to get him, well, that sucks, but it is still worth it.

This is the definitive BW Dinobot. You'd think the transfromation would be a nightmare but its actually pretty straightforward. The mold detail in his scales is really well done as are the paintapps. The head and specifically the molded face is my favorite part. The mouth even opens on each of the 3 different face plates. I don't think Hasbro/Takara is ever going to make a better version of this character imo.

Dinobot is my favorite character well on of them. I love black aranara. I know i didn't spell that right but i just got mines today. This piece is a masterpiece. Worth every penny. The instructions hard to follow but what transformation easy.......LMBO brought back womderful memories. Thanks for this. If you don't have it you missing out!!!

In response to mathwhiz: hit the button twice

I grew up with the Beast Wars show in the â€˜90â€™s and I practically had all of the toys as well. Dinobot was always my personal favorite, and my original Deluxe figure went EVERYWHERE with me. A complex, honorable, and just very cool character. Now just over 20 years later, there is finally a Masterpiece of Dinobot, and never in a million years did I think it could be done...this figure is everything a Beast Wars fan couldâ€™ve hoped for! He looks like he literally steps off the screen and into your hands! The nostalgic quality of this piece is strong for me, and I sincerely could not be happier! The paint, likeness, details, accessories...everything is masterfully done. The transformation is magic! This character finally has a beautiful in-hand representation, and I just want to thank the production team at Takara-Tomy for this wonderful piece of art! Thank you to TFSource for shipping it out beautifully, as well. I am one happy fan!

If you can save the money, and get the funds together to pick this figure up, and youâ€™re a Beast Wars: Transformers fan, you must get this amazing Masterpiece! I promise you wonâ€™t regret it.

Super poseable and detailed down to the bone, Iâ€™ve never owned a Masterpiece figure this imposing. The transformation booklet is the size of a map, and the steps involved are challenging but gradually very intuitive. It was an impossible task, and Takara earned their stripes with this one! Dinobot also scales perfectly with the Generations Rattrap figure and Masterpiece Cheetor and Optimus Primal.