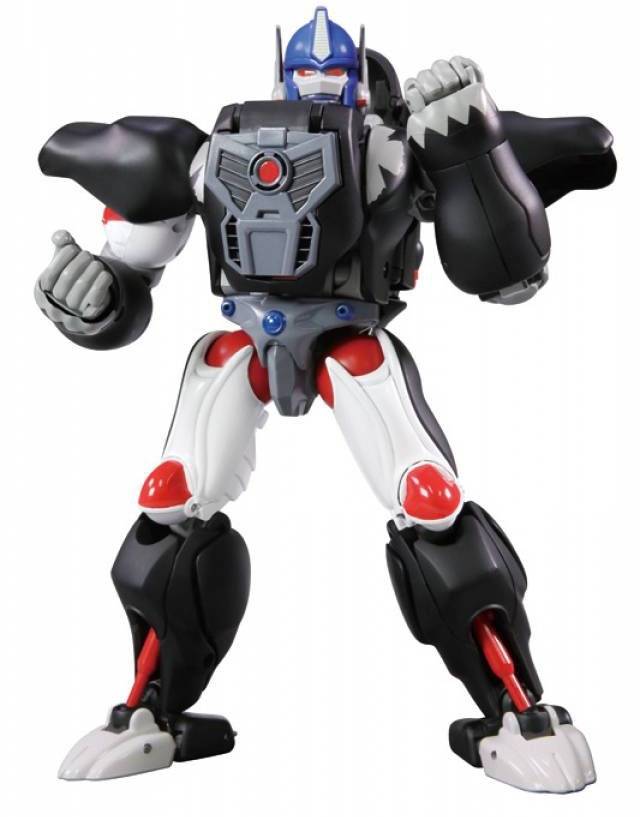 From Takara Tomy Transformers Masterpiece MP-38 Optimus Primal Supreme Commander Version stands an impressive 7-inches tall in robot mode. Not only is this figure incredibly detailed, but it comes packed with an extinsive array of accessories.  MP-38 Optimus Primal Supreme Commander Version is highly articulated and transforms from a Gorilla to robot and back and as a Masterpiece scaled figure scales with other MP scaled figures in the Transformers Masterpiece toyline.

Transformers Masterpiece MP-38 Optimus Primal Supreme Commander Version is a recolor of MP-32 Optimus Primal featuring a more accurate toy color scheme and colors a likeness to his appearance in the Beast Wars Special "Lio Convoy in Imminent Danger!"  He also includes a combined sword that he can wield, a "weapon rack" for his combined sword, an additional skull flail unique to this release, a new mask which is based on his original toy's mutant head, and a new backpack piece that mounts on the back peg to mount the combined swords, the skull mace and the mutant head mask on Primal's back. 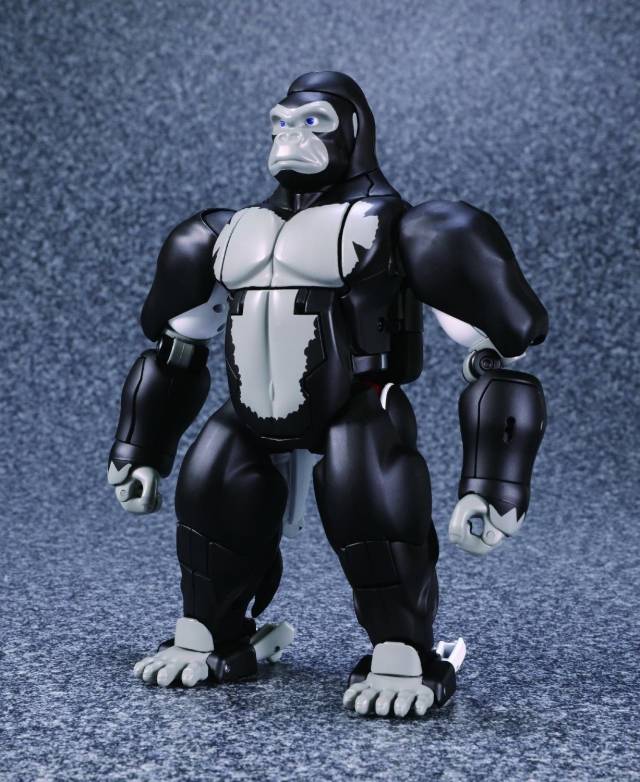 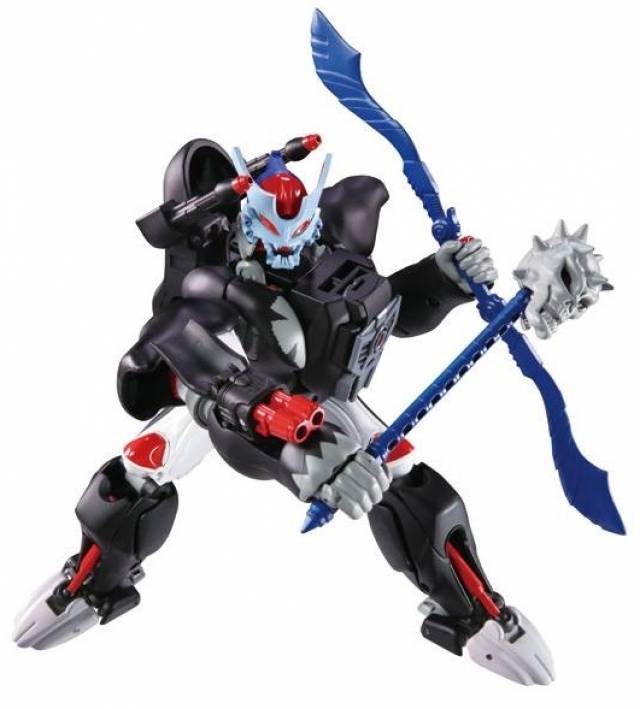 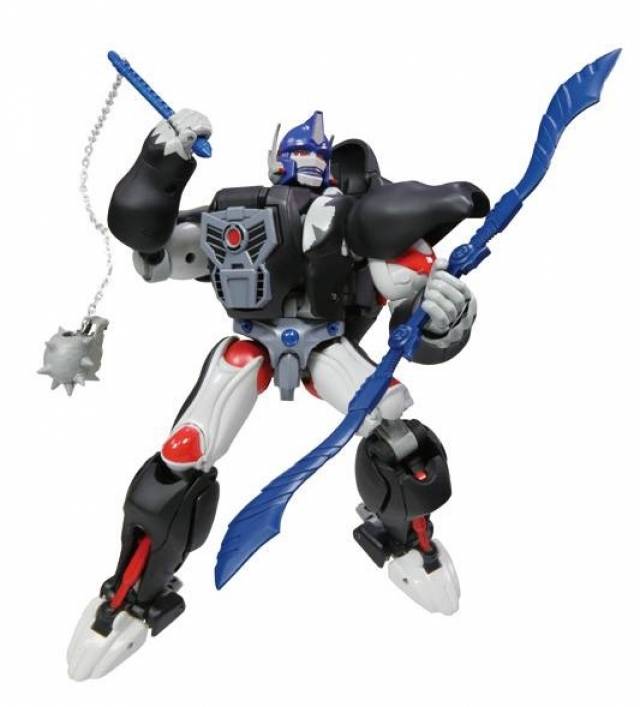 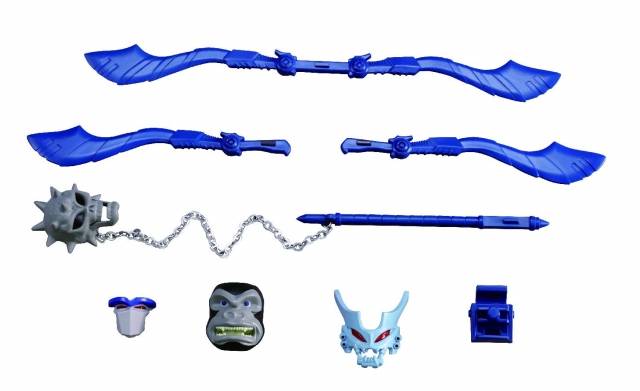 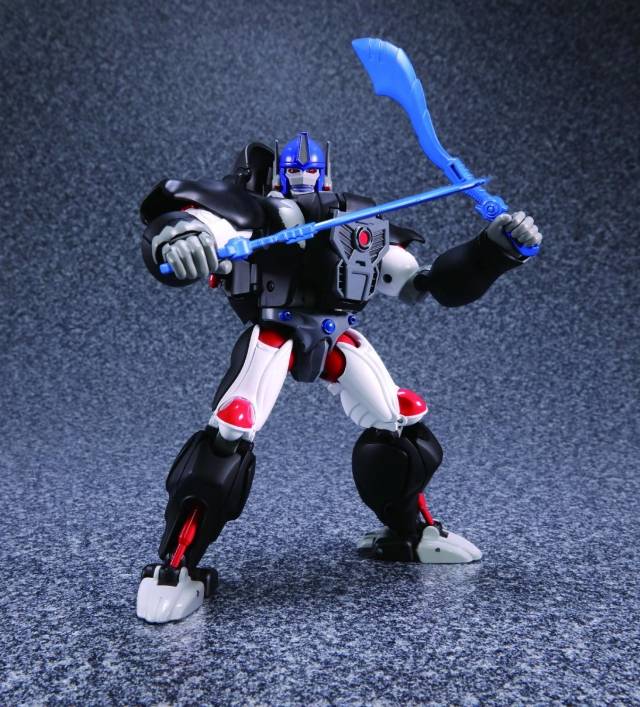 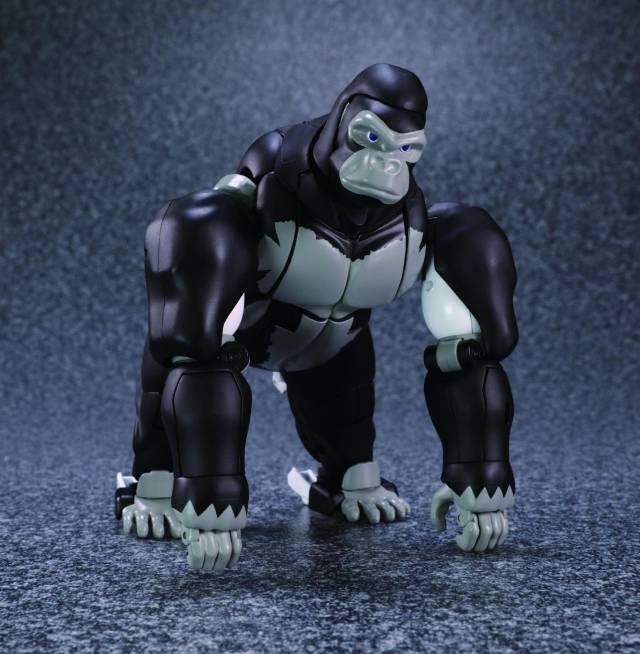 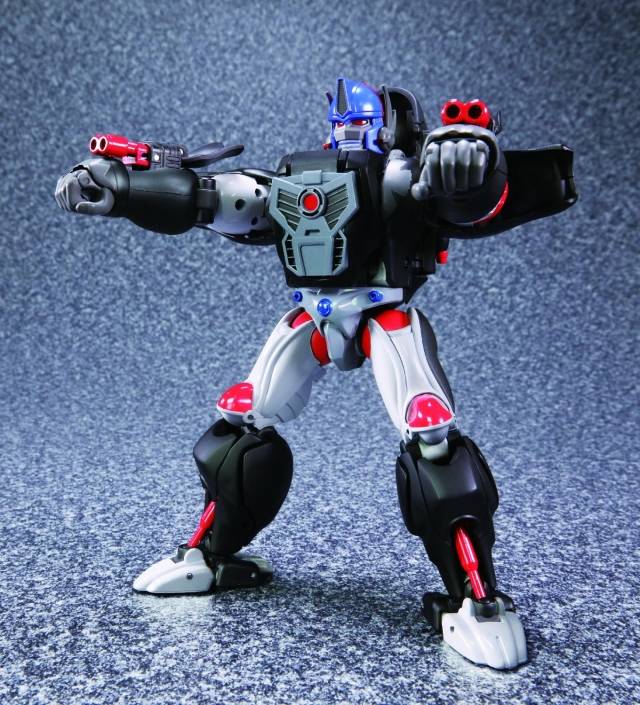 Being a redeco of the MP Primal this figure is naturally a faithful depiction of the character with a fun transformation using some smart engineering. The deco is a lot nicer in person than I had given it credit for from the photos online, and the added accessories are a fun homage to the original Ultra Class figure.

Great figure and great price! Thank you TFSource! No QC issues on mine either. If the other reviewer just fiddled with the figure in robot mode a bit more, he/she would of found out that if you push the shoulder pads to its last "click", the lateral friction joint would've tightened up. A perfect representation of an updated "Toy" mode in my opinion.

I admit that I bought this figure at a discount price, but even if I had paid full price I would still say that this is a great figure. I have heard claims of parts of it being to brittle or cheap plastic, well welcome to the world of Takaratomy/Hasbro not one MP figure is free of these problems, also joints not holding among other QC issues, well return the product for a better piece. I have no loose joints and do not ham hand my MP figures and nothing feels brittle to me. All in all this is a fine representation of the original Beast Wars TOY not the TV show youâ€™ll have to get the first release for that.

I picked up this piece because mp 32 is hands down my favorite figure. Honestly if it wasn't for the poor qc this figure could have usurped it. The shoulder assembly feels brittle, and the friction joints in the shoulder for lateral movement are basically useless as they can't even support the weight of the arms.