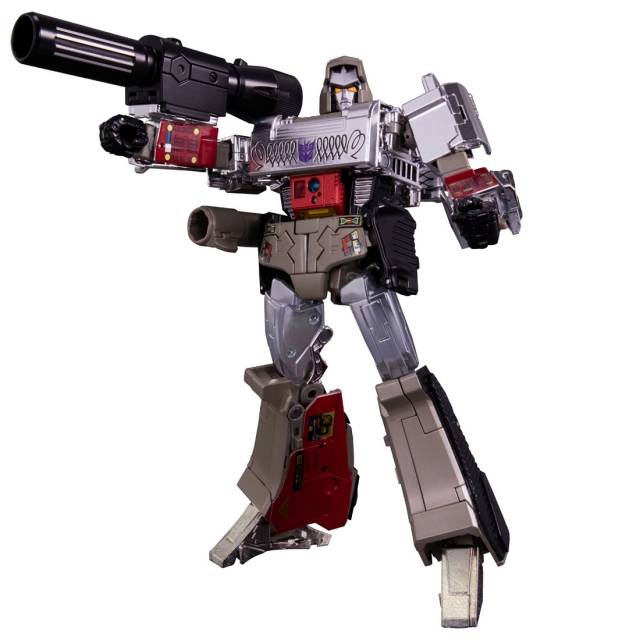 From Takara Tomy Transformers Masterpiece MP-36+ Megatron G1 Toy Version stands an impressive 11-inches tall in robot mode. Not only is this figure incredibly detailed, but it comes packed with an extinsive array of accessories.  MP-36+ Megatron G1 Toy Version is highly articulated and transforms from his nostalgic Walther-P38 to robot and back and as a Masterpiece scaled figure scales with other MP scaled figures in the Transformers Masterpiece toyline.

MP-36+ Megatron G1 Toy Version is likely the greatest version of Megatron and a true masterpiece of a Transformers figure.  A centerpiece of your collection get yours at Toygeek your source for everything Transformers. 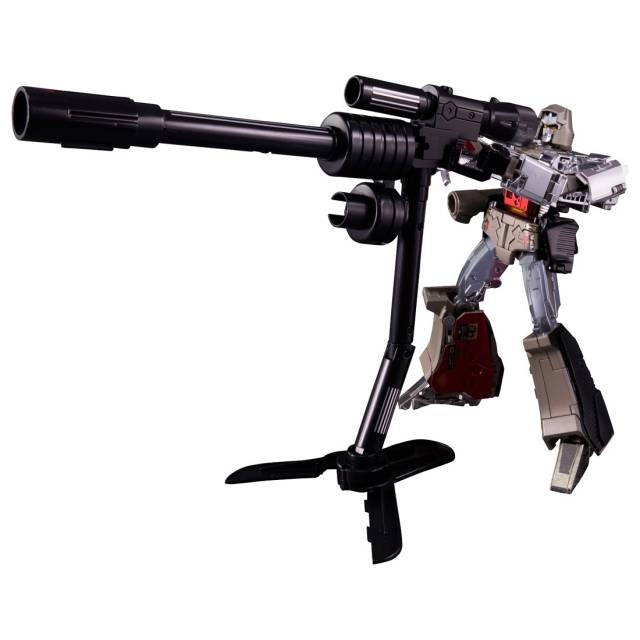 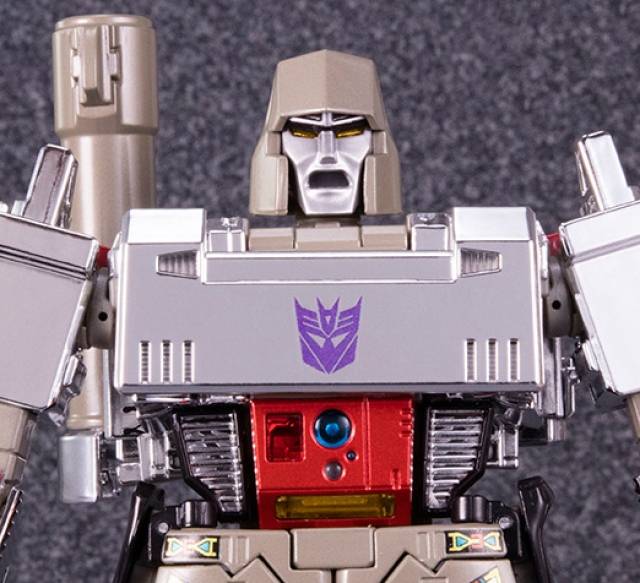 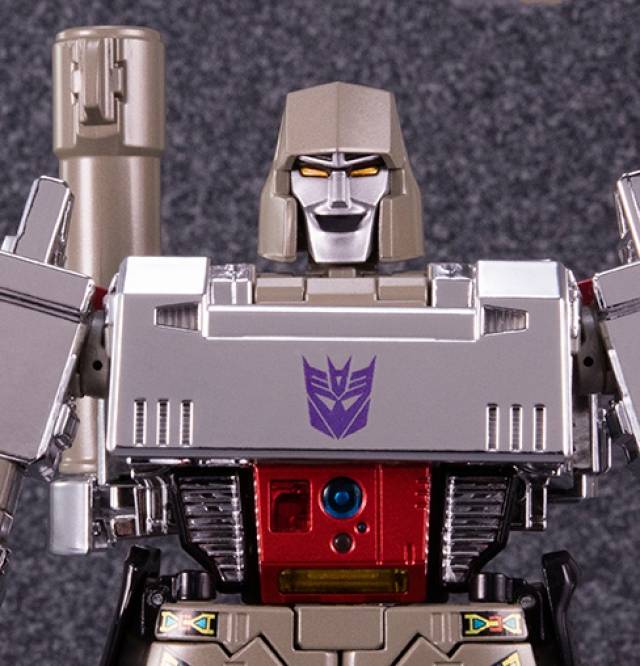 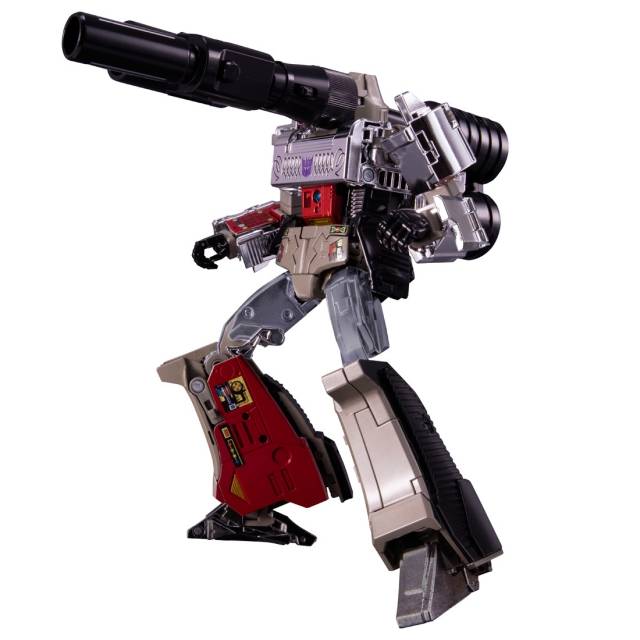 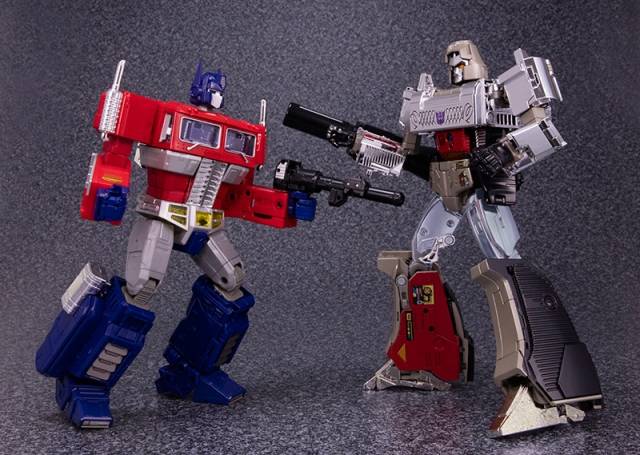 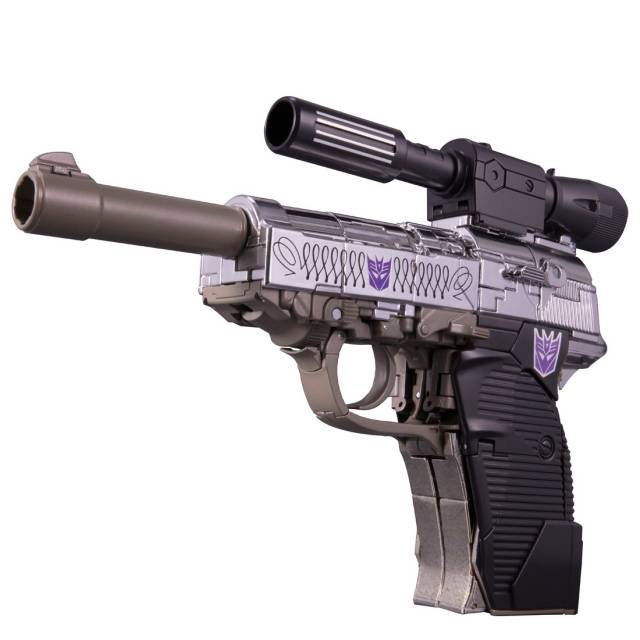 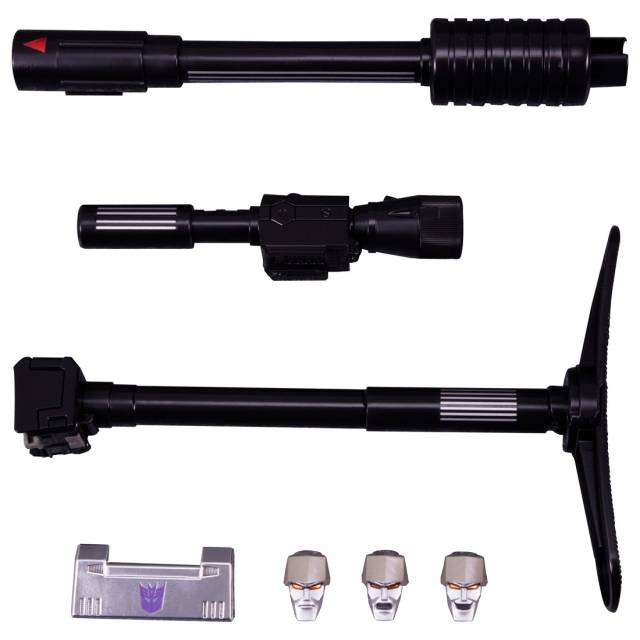 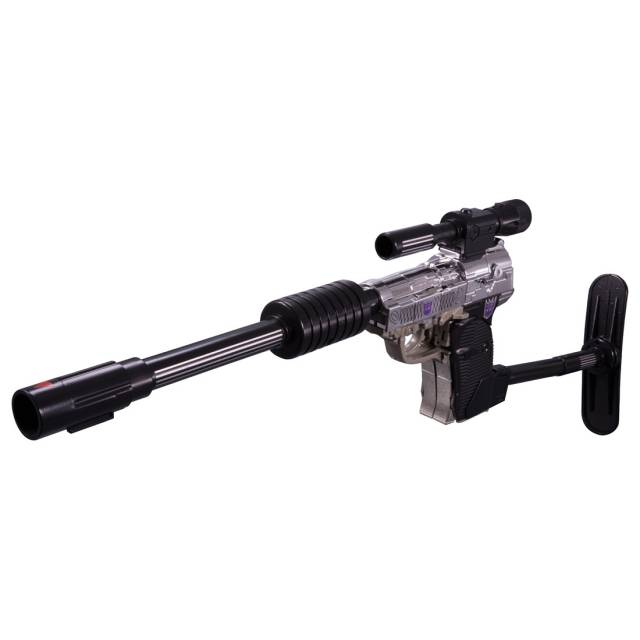 Overall itâ€™s a fairly solid transformer, but I agree on the QC issues - the scope was flat out missing from the one I received. More than disappointing.

Love the figure, but QC is lacking. Numerous paint issues and the waist joint on my figure is slightly tilted. Make sure you understand TFSource's return/exchange policy before buying.

I really like this Megatron being that it reminds me of my G1 megatron and I would rate it a 5 if not for some quality issues that really shouldn't be apparent for a masterpiece price tag. Two of the four face plates have missing paint and a long scratch on one of the chrome chest plates. These are areas that really stand out, plus the other areas where there is missing chrome paint. There was a loose piece of black plastic that was taped in the plastic container which I thought "oh great..where is it broken". I have transformed it one time to a gun and it doesn't appear to have any missing pieces. It is an awesome piece of engineering I just wish Takara took more time on the finishing touches.

MP-36+ is an awesome variant, absolutely love how he displays in alt mode... not a fan of the chrome in bot mode though. Transformed him 2x and each time busted a piece (1 left abdomen and the whole left arm joint), I just wasnâ€™t getting it right and applied to much force, my own fault. The damage doesnâ€™t hinder alt mode thankfully.

Everything on this guy is amazing. The chrome and paintwork is beautifully done! I absolutely love the transformation process. Yes, it's a bit scary, but sooo rewarding.

Megatron in all his 80's toy glory, vac-metal finish, red inner legs, and original face plate - makes this the must have for any G-1 fan. Be careful when transforming - especially the gun barrel area - down bend it too forward - otherwise, it's awesome!