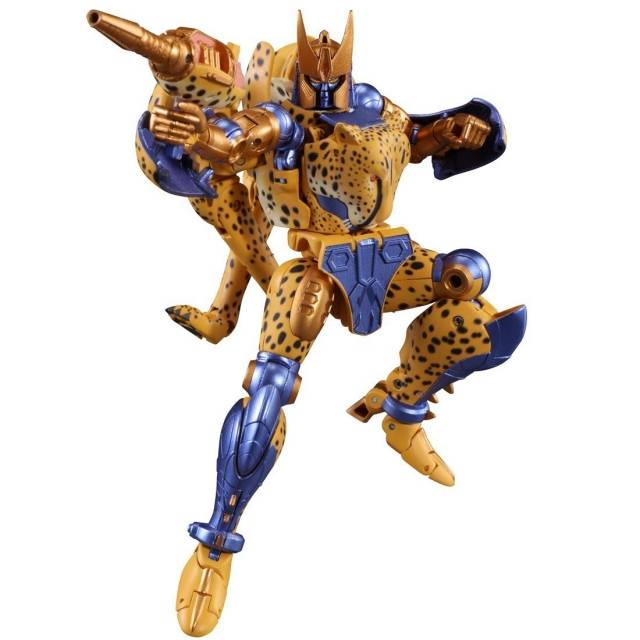 MP-34 Cheetor is likely the greatest version of Cheetor and a true masterpiece of a Transformers figure.  A centerpiece of your collection get yours at Toygeek your source for everything Transformers. 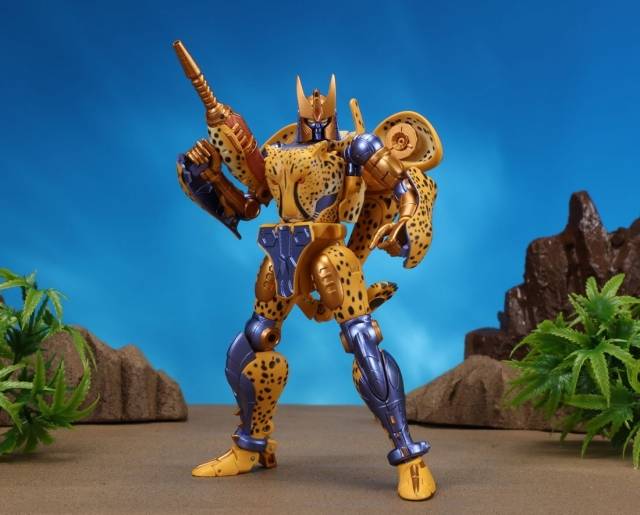 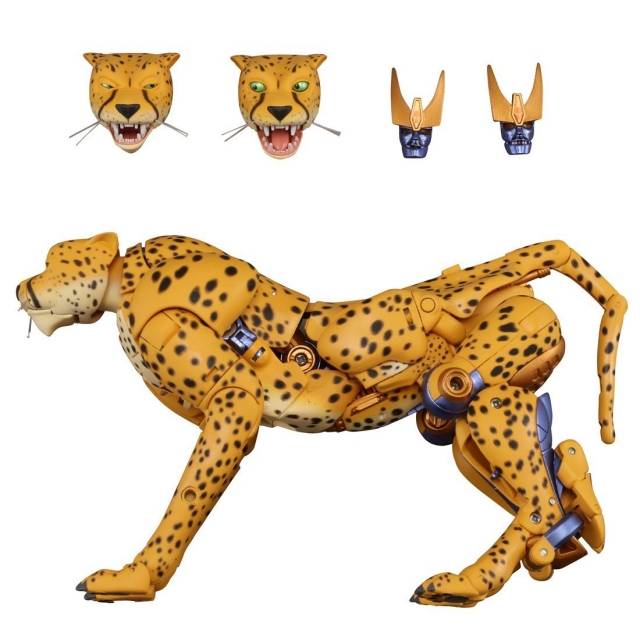 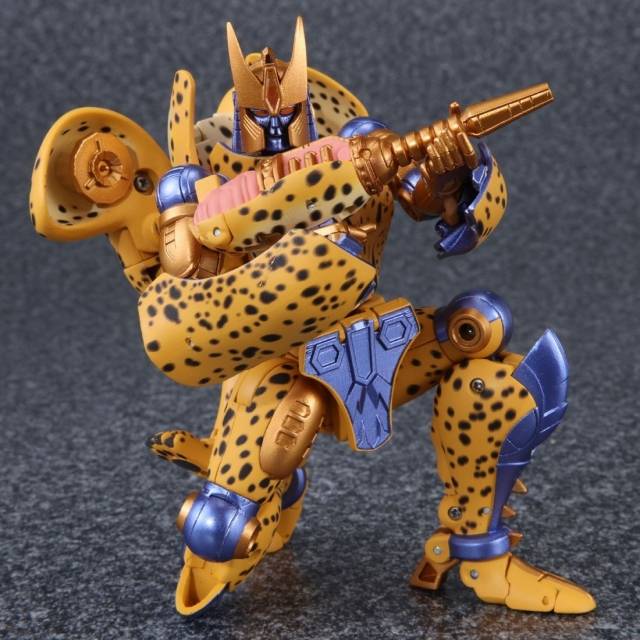 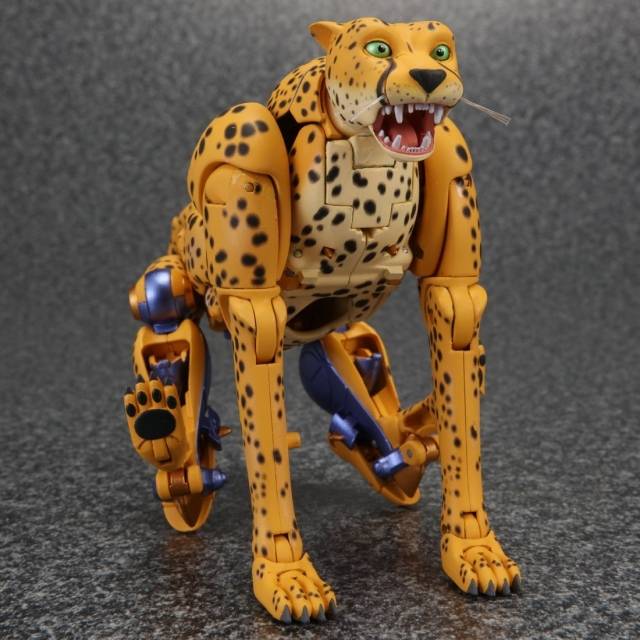 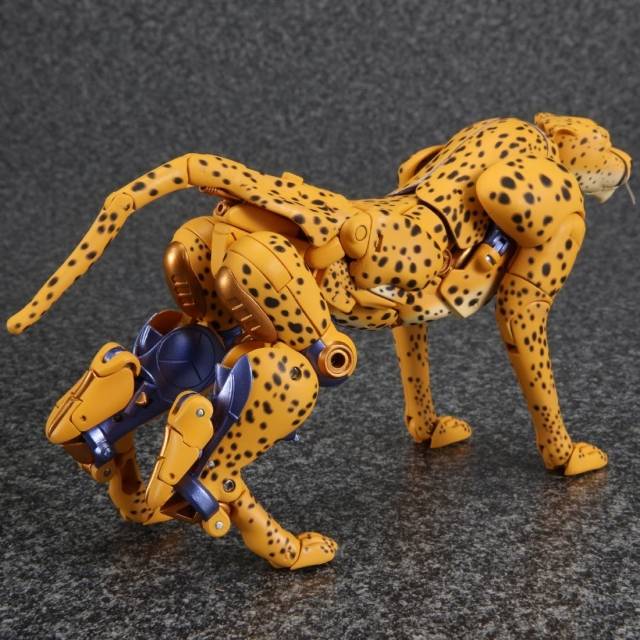 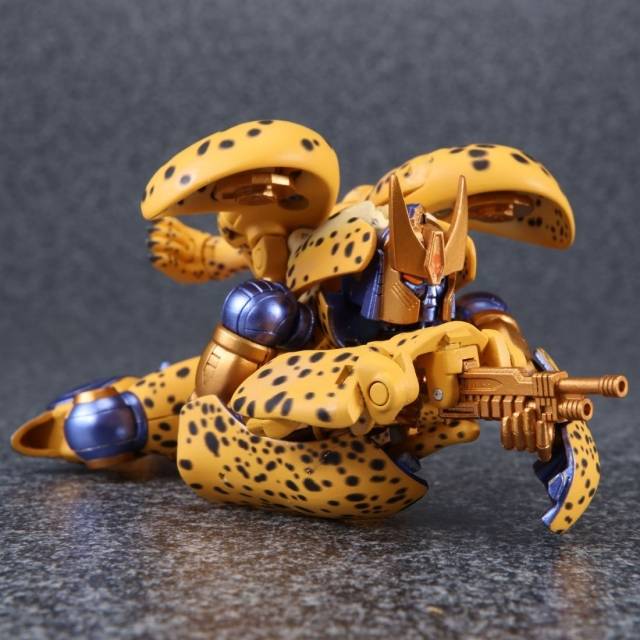 A general problem with the Masterpiece line is they flake paint. It is hard to find where the paint came from but it looks gorgeous regardless.

Outstanding creation of a well known character. Cheetor is to the Beast Wars as Bumblebee was to G1. Takara nailed the details and really brought him to life in the right ways. Transformation can be a bit finicky, but after a couple rounds it became easier.

All of his accessories are cleverly stored to fill out his abdomen and waist in beast mode. And though a few robot parts do stick out on the hind legs, this guy is just as skinny as a real cheetah!

The robot mode is 100% accurate to the show, with a few visual improvements. The transformation sequence is clever but straightforward. And he scales perfectly with Masterpiece Optimus Primal. =]

This figure does an excellent of changing a thin feline to a solid robot, the beast mode is a little fiddly and the only thing really keeping it from 5 stars, it still portrays the cheetah mode well but just a few minor things holding it down. The bot mode however is where it truly shines, it is "spott" on to the character from the show, every detail is accounted for, the only issue being his tail cannon not sitting well in his hand but he hardly used it in the show anyways, the weapon storage is also appreciated but never really used in my display. All in is good addition to any beast wars collection.

Wow! could we really ask for anything more cartoon accurate while giving us a great and fun transformation. Takara you really went all out with this one. If you loved The Beast Wars, you HAVE to get this.

I was hard to say anything negative about the figure but my biggest gripe was the hands. They are the only things that really bug me. With that minor gripe behind he is well worth the price to place and on your shelves and play with.