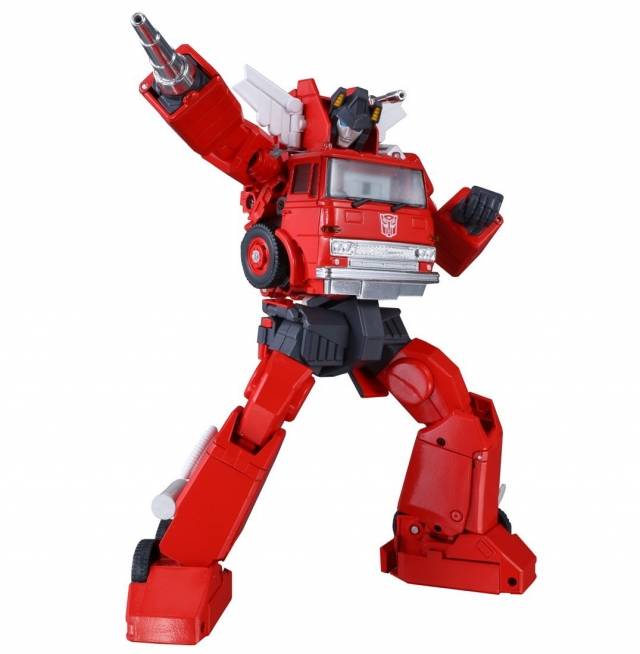 Transformers Masterpiece MP-33 Inferno brings the amazing likeness of his 80's Transformers G1 self straight from the tv screen to your collection.  Amazingly when in robot mode his ladder even disappears just like in the G1 cartoon.   Included with this figure are two heads, one based on the animation character model and one based on the original toy and four swappable faces: default and angry which only fit into the toy head, and default and smiling which fit onto the animation character model head. He also comes with three chest pieces: one based on his original toy with a detailed, chromed grill and standard Autobot symbol; one with the simplified, non-chromed grill and symbol designs from the cartoon; and one with clear supports attached to it so that Inferno can recreate the scene from "Autobot Berserk" of him carrying Red Alert in his arms. He also comes with the robotic hose Lord Chumley attacked him with in the episode "Prime Target" as well as two removable, forearm-mounted communicators, which appeared in the same episode.

MP-33 Inferno is likely the greatest version of Inferno and a true masterpiece of a Transformers figure.  A centerpiece of your collection get yours at Toygeek your source for everything Transformers. 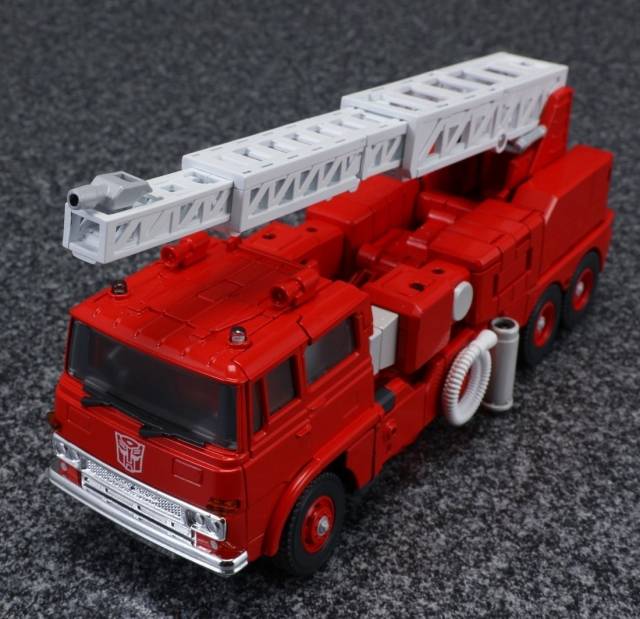 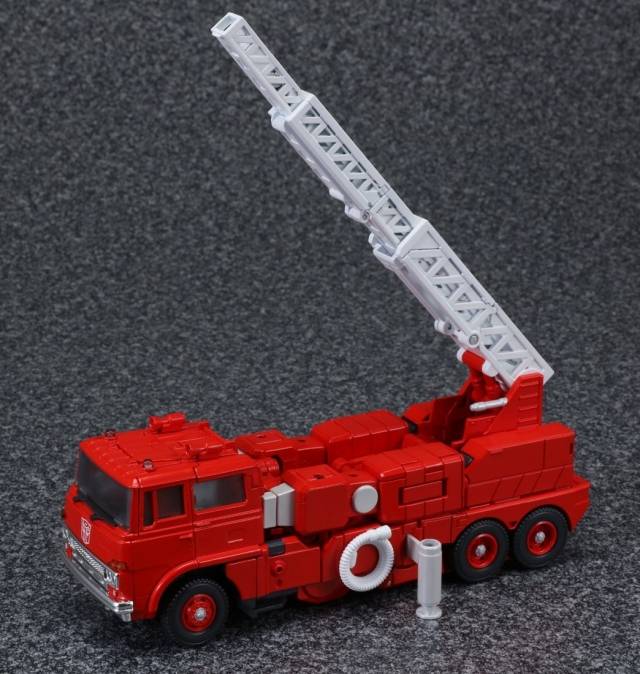 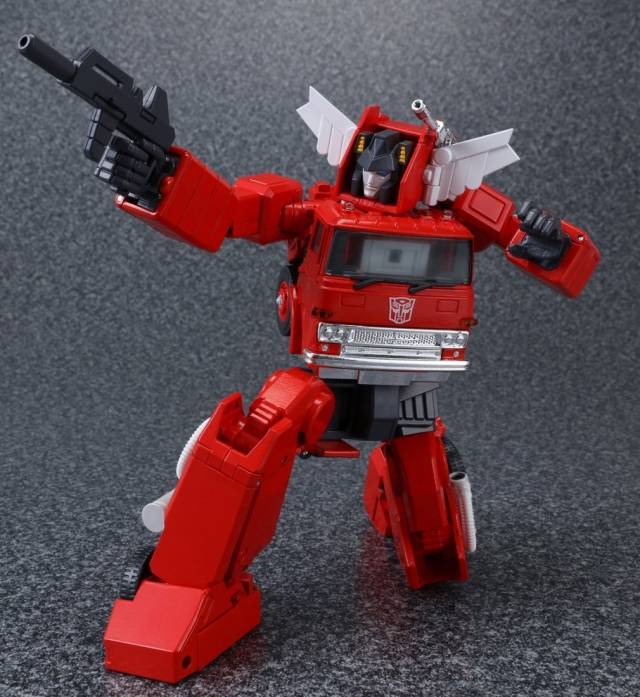 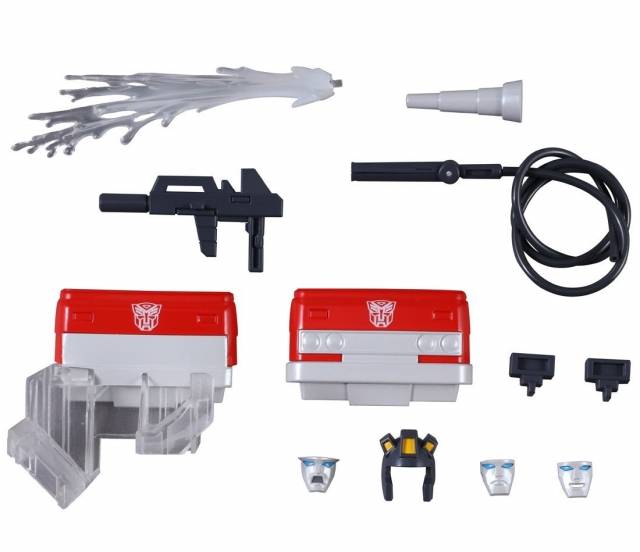 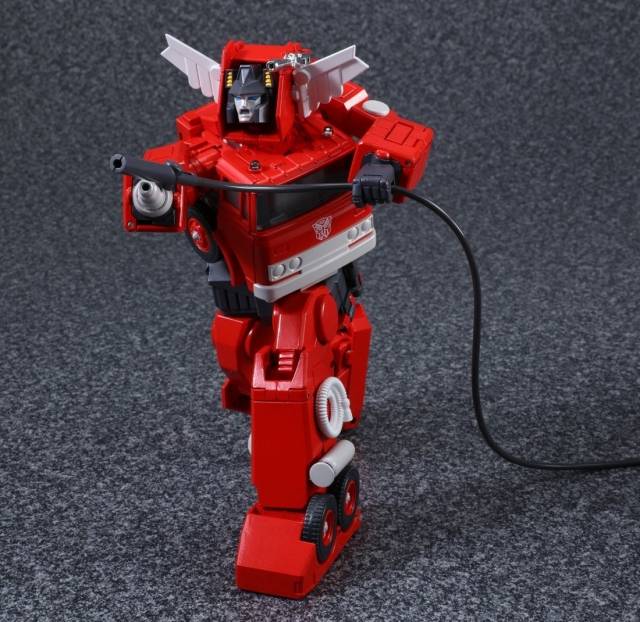 This figure is the standard of which MP should be producing. Great look in both forms. Great accessories. Fun transformation that isn't overly complicated.
He isn't my favorite character and I think others deserve to have been made first (Hound please). But that doesn't take away from the actual toy itself. They did a remarkable job.
And yes it's pretty awesome how the ladder disappears.

I was thinking about a 3rd party Inferno just before this came out but I'm glad I waited. Very accurate to the cartoon in both modes. Even comes with white replacement pieces for the chrome ones to be even more so. Nice, slick transformation. My only knock against the recent is Masterpieces is a lack of diecast and real weigh to them. Even though he is medium sized, he feels very light but still a solid figure!

I was very excited about this figure, especially with how they made the ladder disappear. I know that are some ppl who will criticize the lack of intricate details, but to those faithful to the 80's cartoon, it sure doesn't disappoint that "kid at heart". Porsche, give the green light so we can get Jazz already

The way the latter disappears on his back, you would think it was magic.