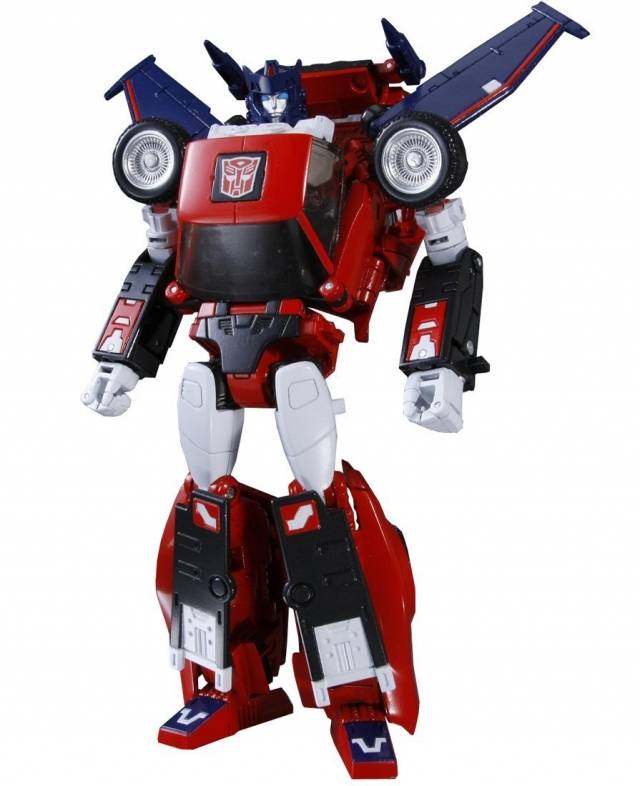 Transformers Masterpiece MP-26 Road Rage Red Tracks features an all new head sculpt and features a remolded collar, biceps, hands, hips, and thighs to give her a more feminine appearance.  Included with MP-26 Tracks is a small plug-in "Laser Ram" gun for her vehicle-mode front grille, and a non-transforming boombox version of Twincast.  MP-26 tracks pays homage to the Diaclone origin of Tracks where he was originally released as red corvette and not a blue.  This Diaclone homage takes this one step further to show the female origin of red tracks and MP-26 Road Rage is the first female Masterpiece transformer.

MP-26 Road Rage Red Tracks is likely the greatest version of Road Rage, Tracks and a true masterpiece of a Transformers figure.  A centerpiece of your collection get yours at Toygeek your source for everything Transformers. 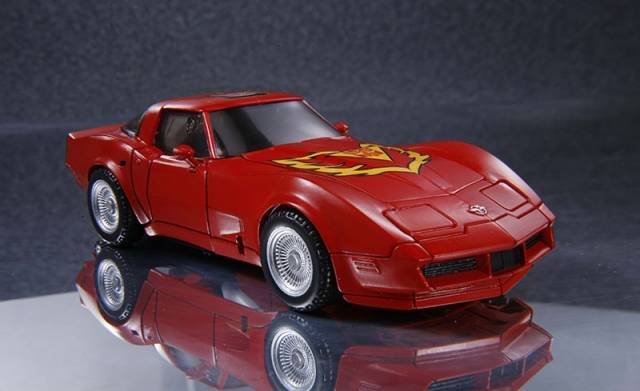 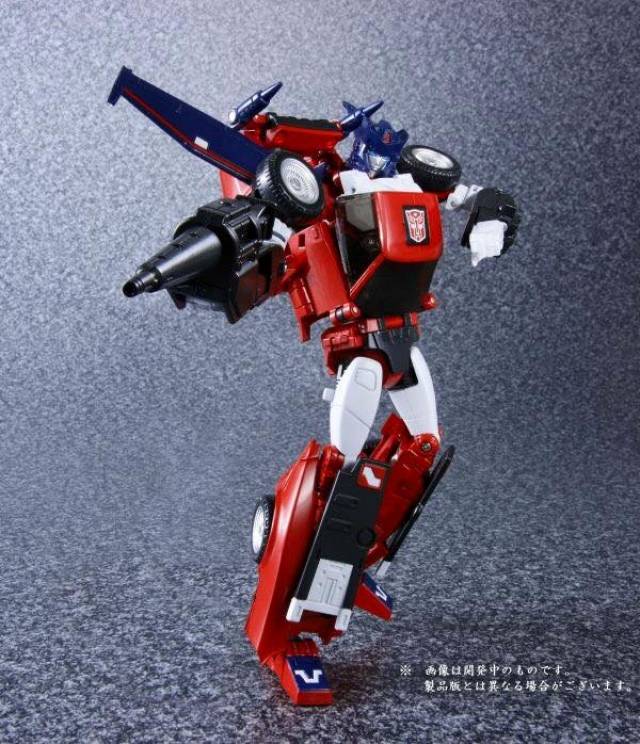 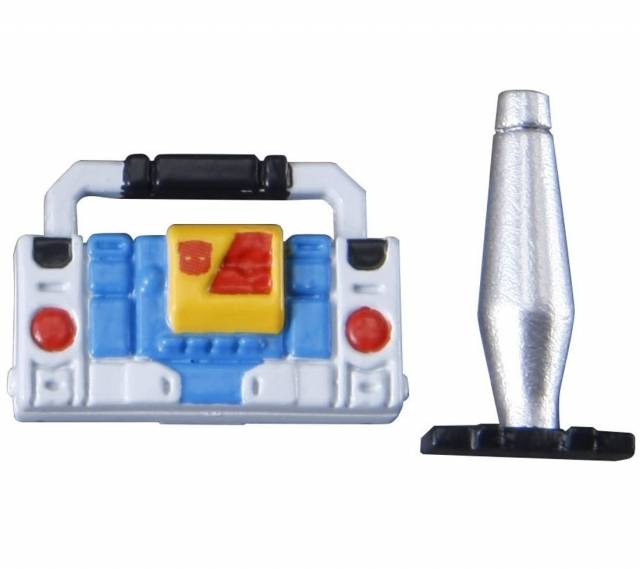 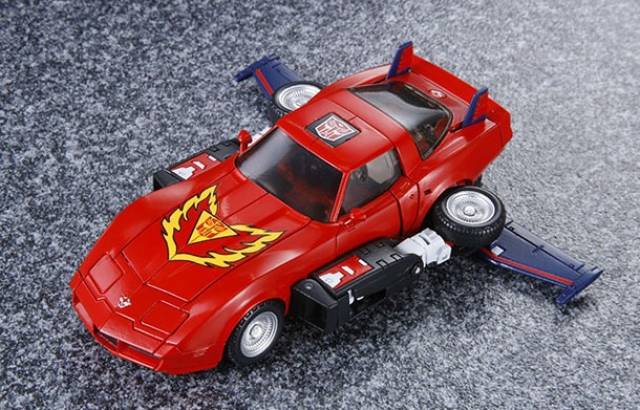 This is a fairly nice figure but I do have some issues with it. Like others Im not a huge fan of the open gap backpack. The mirrors are a pain to install and dont seem to go in all the way. Her chest doesn't want to tab in very securely. The paint scheme is nice. I'm also a bit dissapointed by the size, I was expecting something larger and around the size of someone like Mp Soundwave for example. I don't understand why they didn't just mold the mirrors into the parts but maybe they are fragile. This is a nice figure but I would be on board with them doing a new updated mold for her and Tracks who she was remolded from.

I was on the fence for a moment when I first saw this, but after getting it in hand, am very pleased. Nice solid joints and I really like the colors.

Road rage suffers from the same problems as MP Tracks which many have been stated before. Cumbersome back pack w/ gap. Also her head doesn't really have a real resting point so if yours happens to have a loose neck (as mine does) her head will have trouble sitting right.
Car form is still awesome. And her color scheme works really well. They did do a good job of re-tooling some of the parts to give her a unique sculpt from Tracks. (Head, thighs, ect.)
I also like the uniqueness of her gun. Not a standard weapon and as one reviewer pointed out makes it look as if her hand actually transforms into the gun.
She's was worth waiting for a sale price but I have a hard time giving her or MP Tracks a better recommendation because the problems they have seem like the could have been taken care of. But Takara instead went with some creative photography to hide the figures problems.
I would still be tempted by a black diaclone version just to keep in car form (after also waiting for the initial price decrease).
It is cool to have a Lady bot and hopefully if she does well hopefully we'll see an Arcee or even an Elita-One.

Finally they gave us a fembot! Bout damn time takara now hows about an MP scaled arcee please? She really is fantastic in person. the slight retools actually improve the issues Tracks has and on my copy the back pack pegs in very secure unlike my tracks which if you look at it wrong it comes undone. the left knee is a bit loose that's why I give it a 4 instead of 5 stars. But I do love his figure. the details are beautiful and I love the head sculpt, the nice feminine thighs and crotch actually allow for more articulation in the hips. her arms are on a pile of joints, the shoulders are designed odd due to transformation but once you get used to them they are very well executed. I still am not a huge fan of the giant hole behind the head, yeah like tracks her head is kinda floating there lol I wish they could have somehow added the fold down plate that RTS tracks has. The transformation is very involved, so far the most involved of the MP cars but I really dig the leg transformation, very clever and satisfying. The addition of the opening hood with a fully detailed engine(spot on to tracks engine in the cartoon) Over all a nice job by takara, could still have been better like not having the giant hole and no having the permanent pelvic thrust but still is another good one you cant miss out on. displays nicely with Exhaust and tigertrack