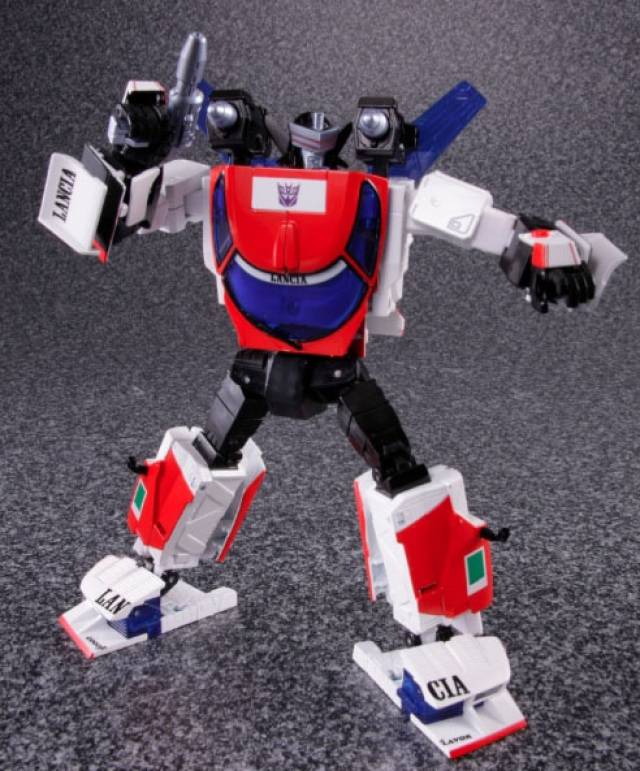 Transformers Masterpiece MP-23 Exhaust pays homage to the original Diaclone release of Wheeljack and feature his full racing colors and sponsorship colors and branding.  Additionally he is a retool of MP-20 Wheeljack inclduing a new diaclone head scupt, and even sports a sinister Decepticon insigna on his hood.  This figure pays homage to one of the rarest and most sought after Diaclone figures.  Figure includes the following accessories: Gun, 2 shoulder launchers, 2 missiles, Immobilizer.

MP-23 Exhaust is likely the greatest version of Exhaust, Wheeljack and a true masterpiece of a Transformers figure.  A centerpiece of your collection get yours at Toygeek your source for everything Transformers. 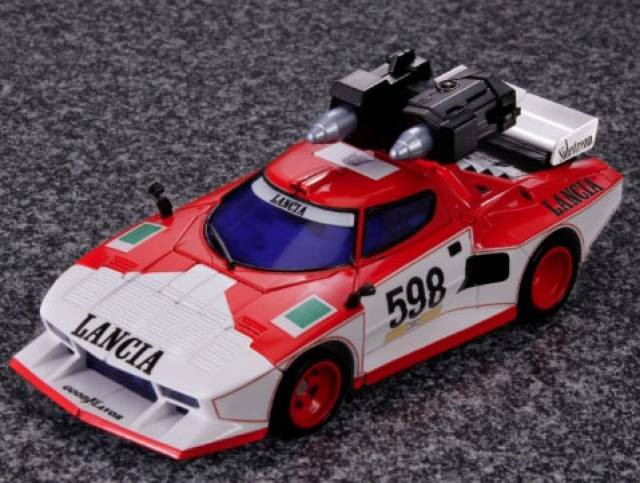 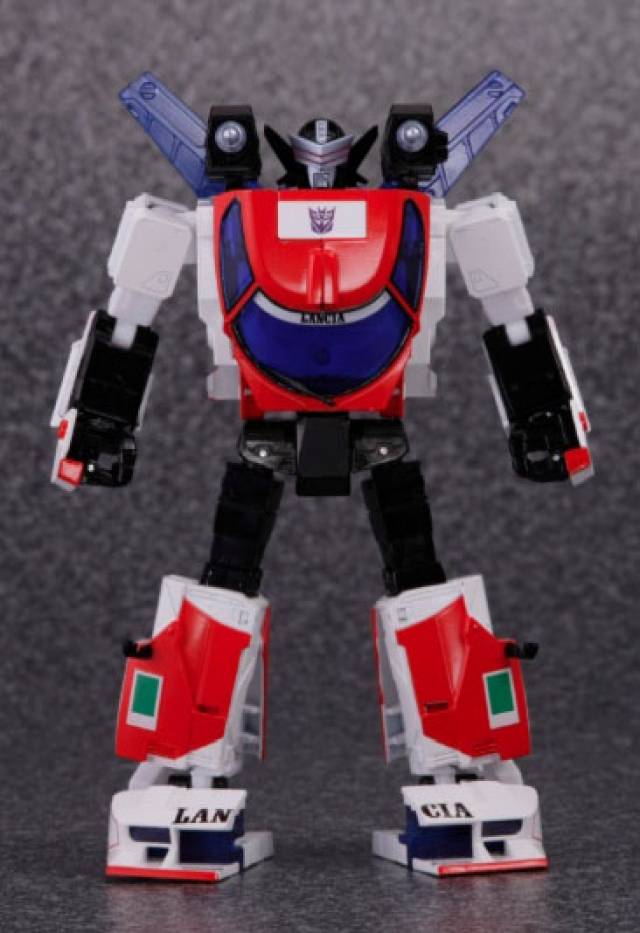 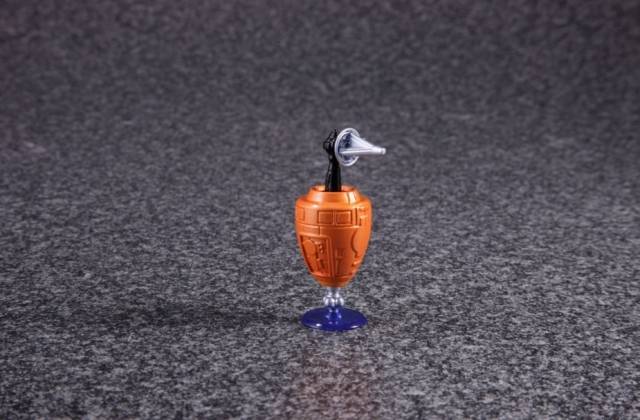 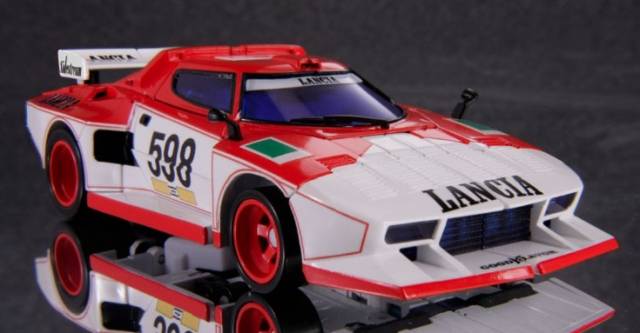