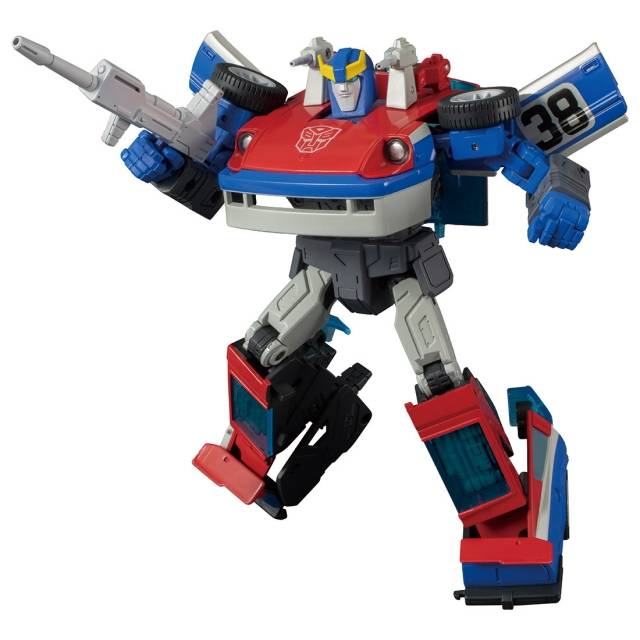 Transformers Masterpiece MP-19+ Smokescreen Anime Version includes a much more anime or Transformers G1 accurate color scheme, featuring a lighter shade of blue, red and overall detailing compared to the standard release of MP-19 Smokescreen.  Transformers Masterpiece MP-19+ Smokescreen is an online exclusive release exclusively available from Takara Tomy Mall.  He also comes with two new smoke effects that evoke his ability seen in  Microbots, which can be attached under his feet in robot mode and either on his sides or in the tailpipe in altmode.  Parts and accessories included: Disruptor Rifle, 2 Jamming Launchers, 2 Smoke effects, Smirking face and Serious face. 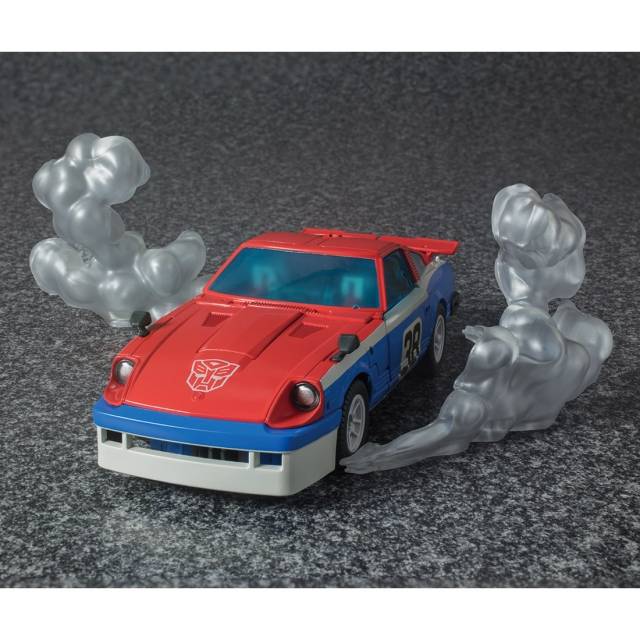 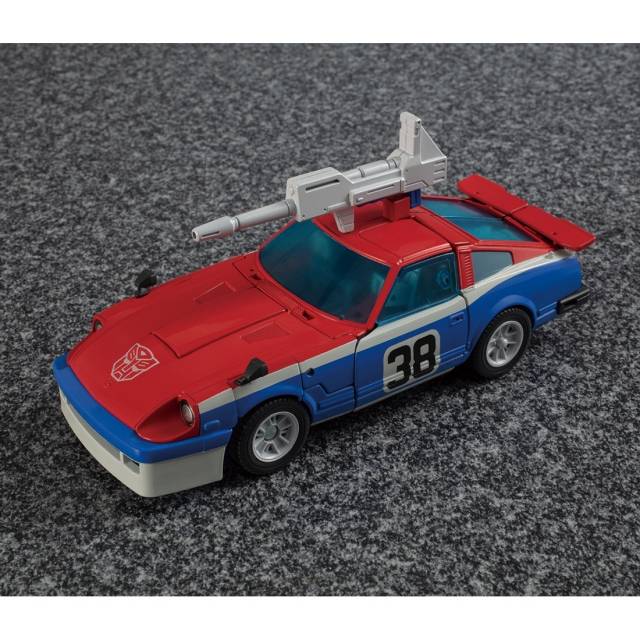 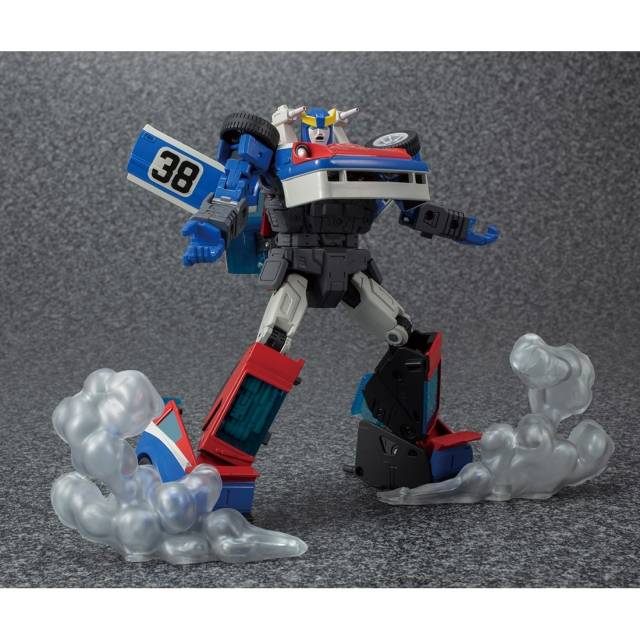 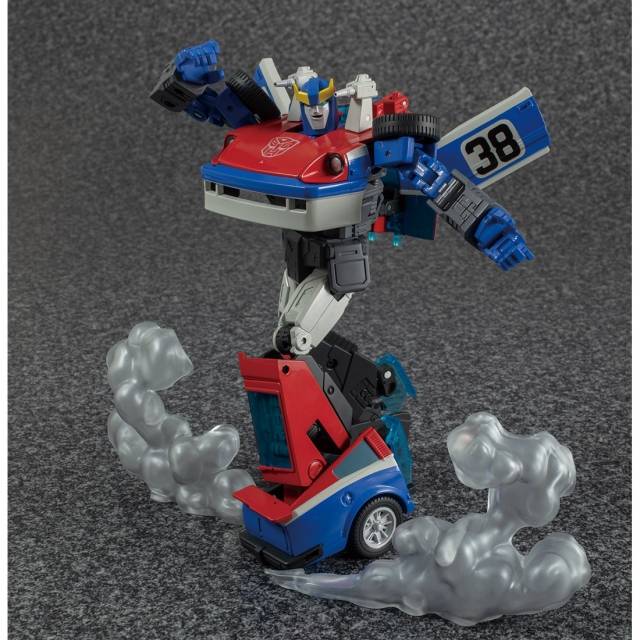 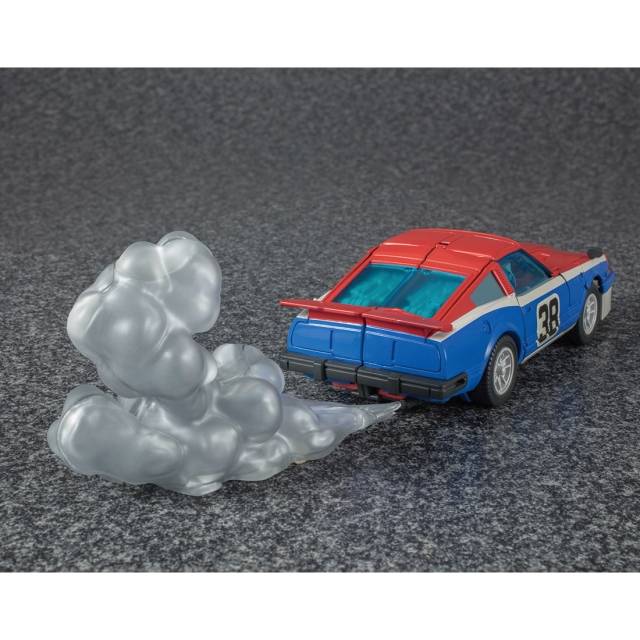 The chin alone is worth the price of the figure

The MP-19+ Anime version of Masterpiece Smokescreen is amazing and every bit a quality product as the name suggests, the cartoon-accurate paint job is beautiful and sturdy, the figure itself is quite posable and equally faithful to the cartoon, and in my opinion it is a great, if minor upgrade to the original MP-19 release. 100% recommend to all Masterpiece collectors who wish a quality Smokescreen figure they can play with and display as they like.