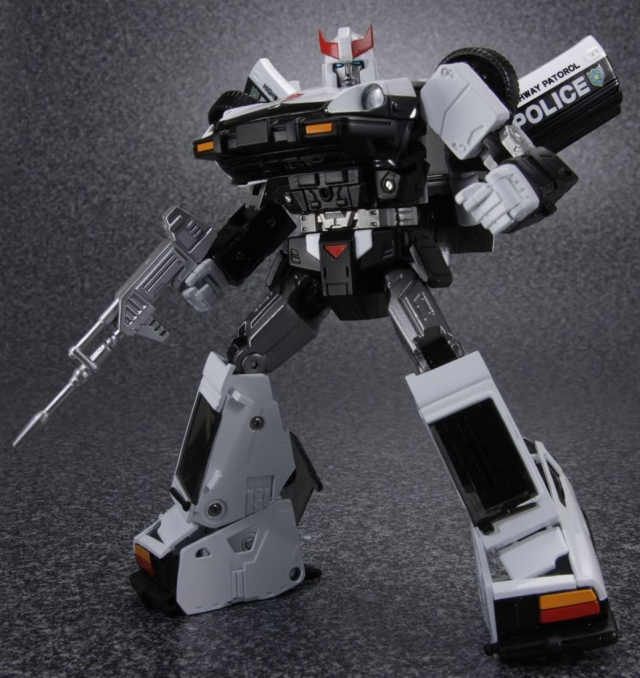 Transformers Masterpiece MP-17 Prowl is Officially licensed by Nissan and transforms into a Nissan Fairlady 280Z-T police car.  MP-17 Prowl is toy accurate in this color scheme as well as is faithfully cartoon accurate to the Transformers G1 animated TV series.  MP-17 Prowl can also fit in the trailer of MP-10 Opitmus prime (sold separately) and in the car carrier of MP-22 Ultra Magnus.  For accessories, he comes with his Semi-automatic rifle, which can be held with his hands, or can mount onto a peg-hole on the back of his light-bar via the separate peg on its jointed handle. He also comes with a pair of built-in shoulder cannons, based on Bluestreak's cartoon character model's cannons, that can be deployed in robot mode.

MP-17 Prowl is likely the greatest version of Prowl and a true masterpiece of a Transformers figure.  A centerpiece of your collection get yours at Toygeek your source for everything Transformers. 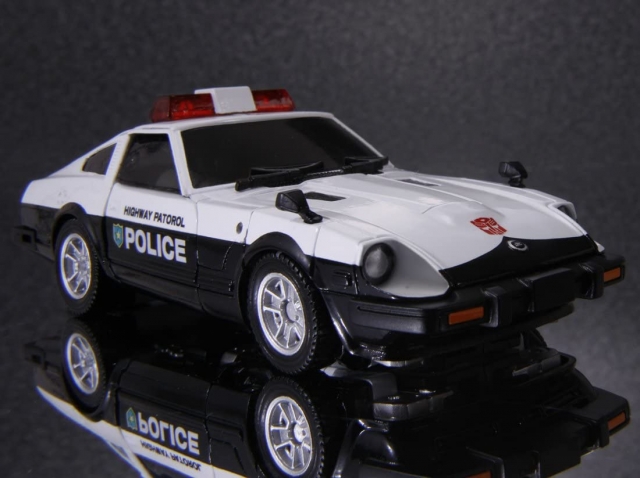 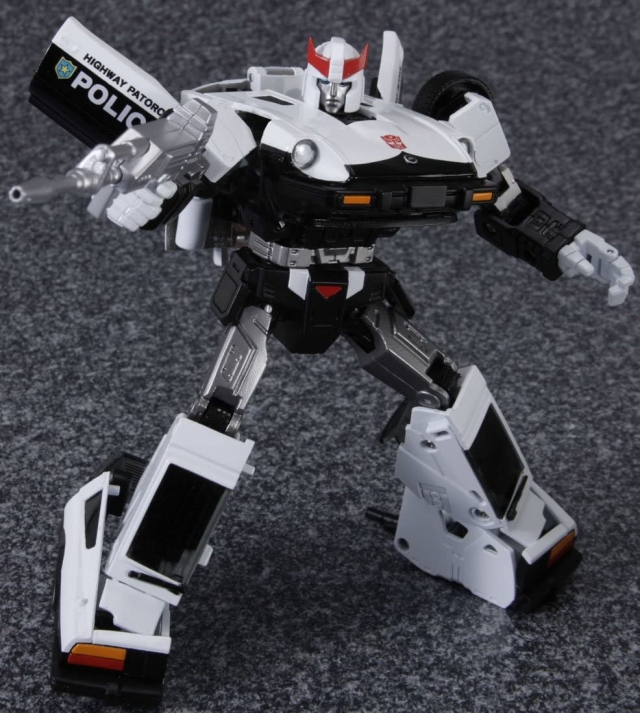 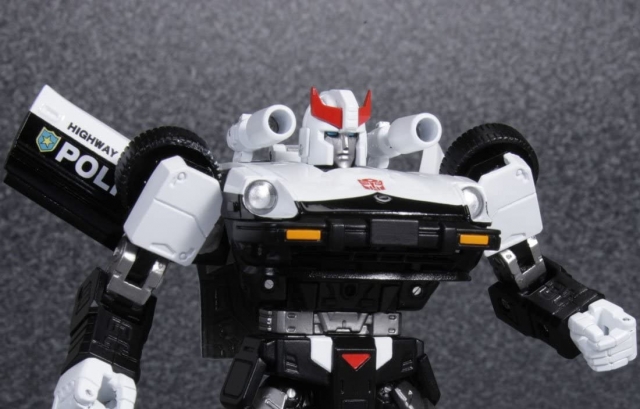 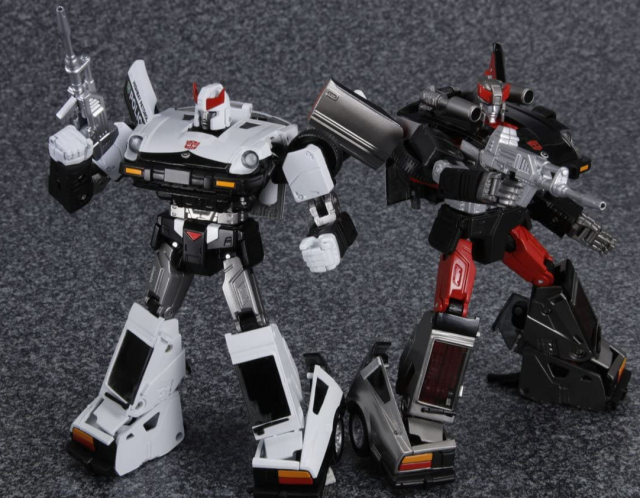 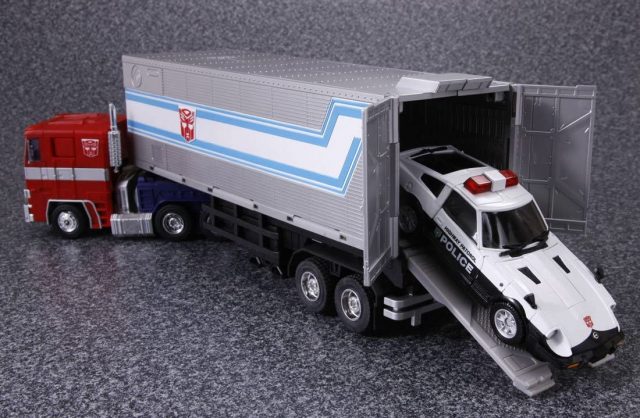 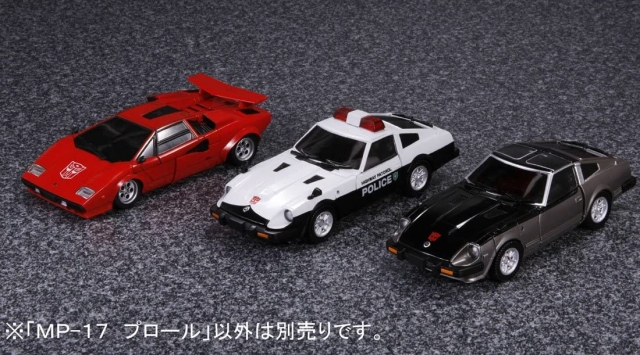 My second Nissan, Prowl looks awesome no issues posing him.

I must admit, the masterpiece figures really live up to their names. I couldn't be happier than having Prowl joining the team I have.
So well done and everything, it makes me speechless :D

Very cool figure. I love this figure mold, so finally adding Prowl to my growing collection of Masterpiece figures was a no-brainer. I definitely recommend it!

This figure is came out really good! I have wanted a solid Prowl figure for years and I'm glad to see one that does him justice (no pun intended). He's fully poseable with plenty points of articulation and has nice add ons too for those looking to step him up even more.

So they took one of my favorite bots and made an awesome work of art. No complaints here. He's great. The only way to make him better is to pick up the Omega Launchers (for the decals) and the DR. Wu Launcher (cuz it looks awesome on him).

I really love the MP series and how they focus on creating a poseable g1 accurate figure with a matching alternate mode. Transforming Prowl is fun & has a sense of nostalgia to his G1 figure. As all MP series have been. (excluding MP-9) But why have they stopped including RUBBER TIRES? I'm in my 30's now and I'm willing to pay MP prices but the MP series was created to cash in on our grown up wallets and I expect some more gimmicks with my $! Maybe someone like DR Wu will make some rubber tire mods for the new MPs and maybe some working lights!

he is an awesome figure with very few faults. he looks great feels good and the transformation is just enough to satisfy my transformers urge! ok now the down side he feels more like an alternator than a masterpiece and from the legs down he feels kind of cheap and hollow

I just received masterpiece Prowl and I have to say it goes far beyond my expectations. The transformation isn't frustrating and it looks fabulous. There is plenty of articulation as well and you can even pose Prowl in his classic transformation pose in G1 Episode 1 of Transformers. This makes me look forward to getting Blue Streak and Smoke Screen. Any ways if you love G1 transformers don't miss out on this one.