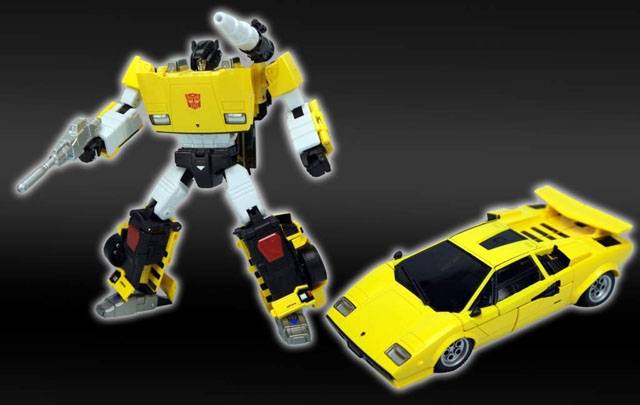 MP-12T Tigertrack Yellow Sideswipe is likely the greatest version of Tigertrack, Sideswipe, Lambor and a true masterpiece of a Transformers figure.  A centerpiece of your collection get yours at Toygeek your source for everything Transformers. 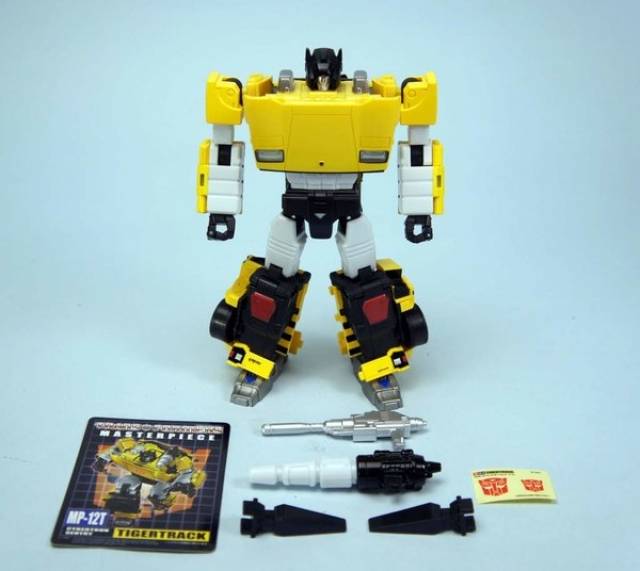 i have to admit that his paint quality is the best so far in this mold! mine did not have a single flaw! and he looks incredible in car mode. the down side is if this is your first purchase of this mold you will have an overwhelming urge to purchase Sideswipe and Redalert to go along with him. don't fight the urge!