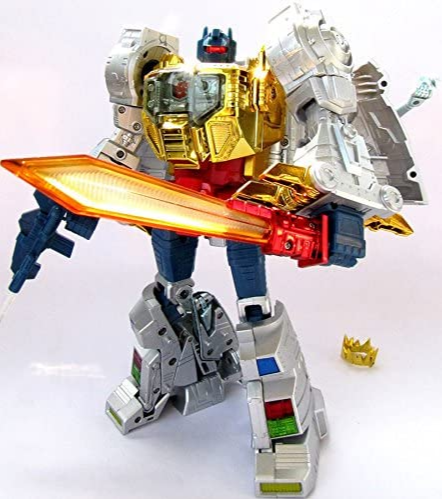 Transformers Masterpiece MP-08X King Grimlock Special Limited Edition is an exclusive online only figure  available through Toy Hobby market a Japanese online only store.  MP-08X King Grimlock features for the first time ever a color scheme based on his appearance in the G1 marvel comics.  His revised color deco also features silver paint in place of flat grey and metallic gold painted chest as well as blue chrome parts.  He also includes an updated orange color to his flame sword and incldues his gold crown thus the King Grimlock name.  Accessories for MP-08X Grimlock are his Energon Sword, Crown, and gun and comes in special packaging featuring G1 comic book art. Grimlock’s right fist even features an LED function!

Grimlock’s acrid disdain for weakness is rivaled only by his hostility towards those who use superior strength to victimize weaker life forms. Grimlock and his fellow Dinobots lend assistance to Optimus Prime generally with grudging reluctance and have defected from the Autobots many times.

MP-08X King Grimlock Special Limited Edition is likely the greatest version of Grimlock and a true masterpiece of a Transformers figure.  A centerpiece of your collection get yours at Toygeek your source for everything Transformers.

Transformers Masterpiece MP-08X Grimlock With All His Accessories! 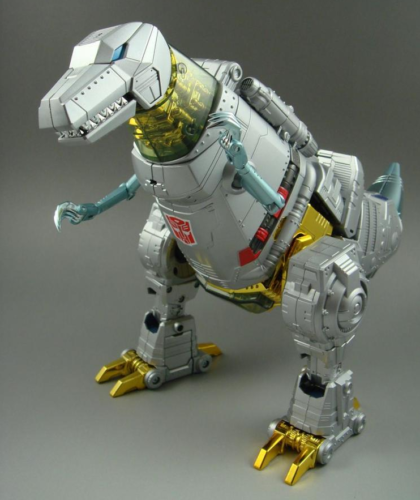 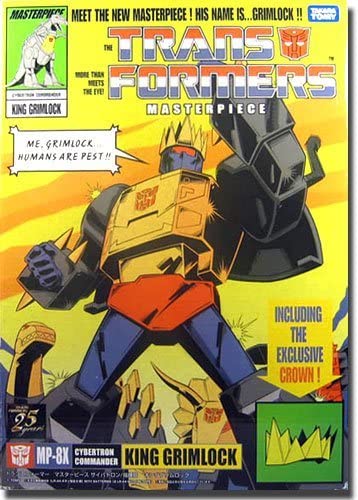 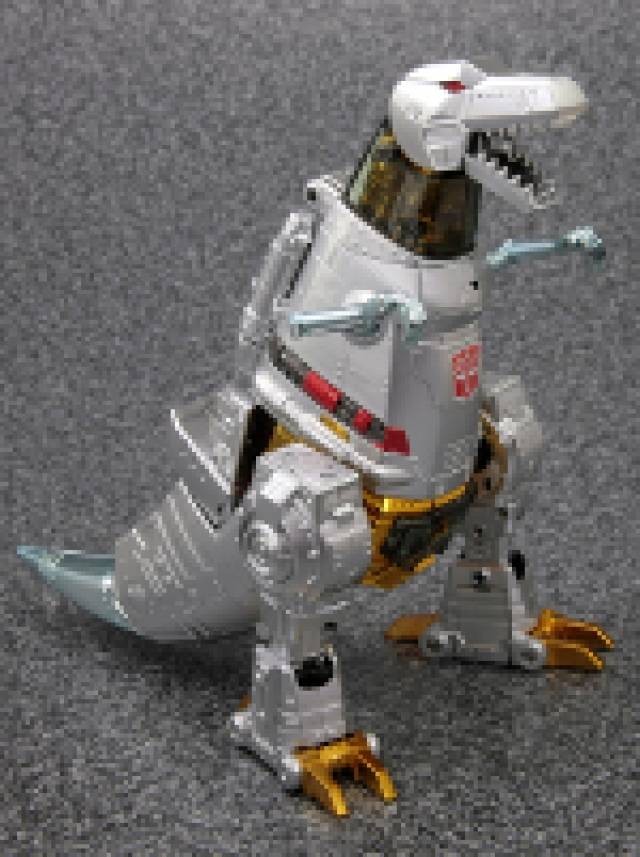 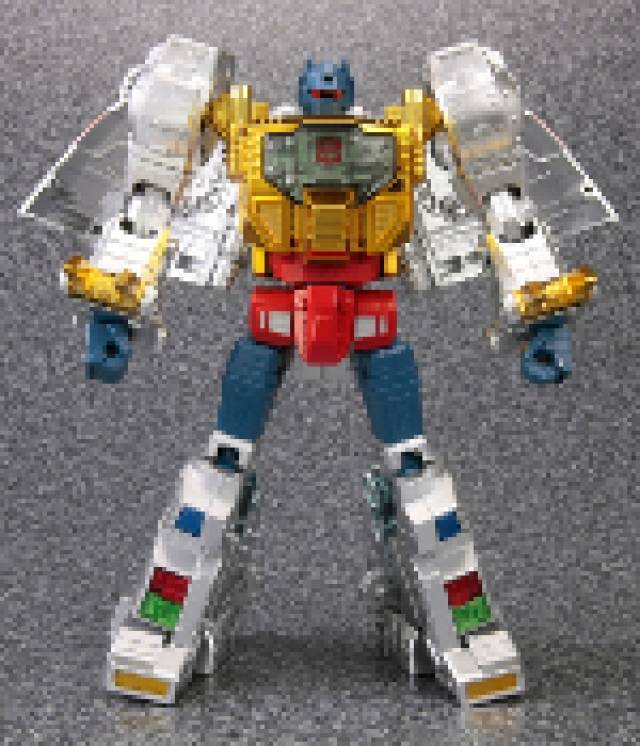 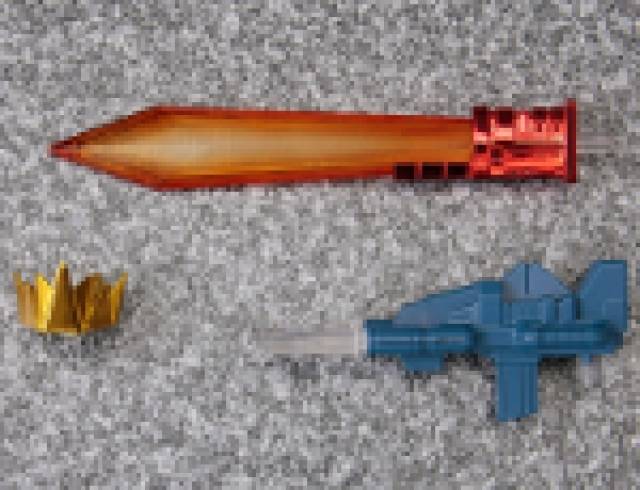 Very late review but I still love this figure, over the years with many transformations and light play he is still tight in all the joints. Have never had a single issue with him to date.