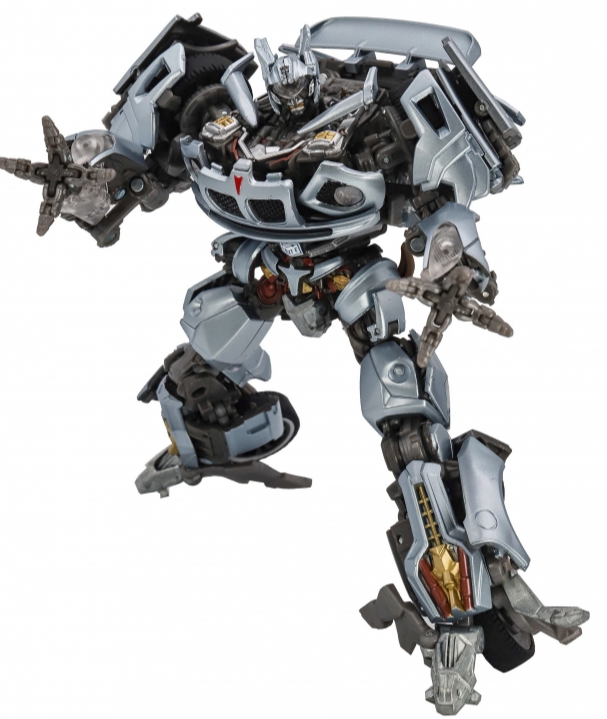 By pressing a back button, Jazz can be split in two and posed with Masterpiece Movie Series Megatron to recreate the tragic death scene from the film. The figure also features 47 points of articulation and includes a Sam Witwicky figurine running with the Allspark Cube.

MPM-9 Jazz is likely the greatest version of Jazz and a true masterpiece of a Transformers figure.  A centerpiece of your collection get yours at Toygeek your source for everything Transformers. 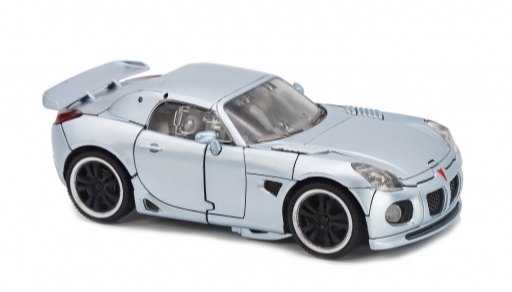 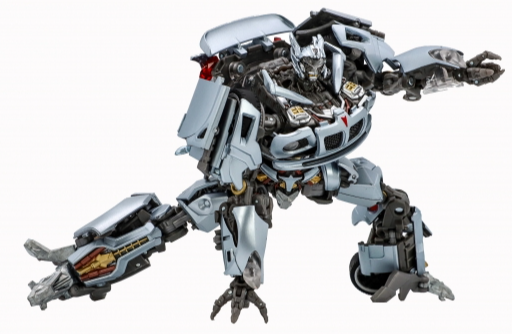 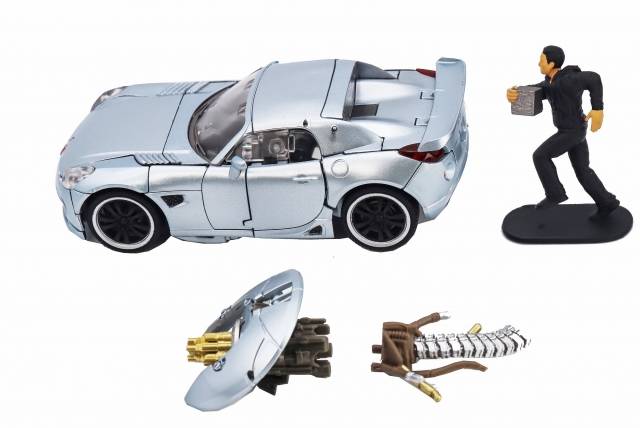 Not perfect by any means, but the figure still sports amazing design and a fun amount of posability. The hand of mine likes to fall off and some of his joints are pretty loose. Even with all that still a good figure. 8/10.

THIS IS SO GOOD

Everything went A okay

The vehicle mode is very nice, holds together solidly and has a sleek silver paint job. Which unfortunately is easily chipped especially with his transformation. The hood goes inbetween the chest and waist so it can scratch most notably there. The robot is very good, having amazing little details that are transferred from the 3D model. The second hinge on the knees and the hinges on the shoulders on my copy are very loose which can be a chore. Overall pretty good but not everyone's cup of tea

Came out of the box with a broken mirror. The paint was scratched up in several places and the fog might on his chest piece popped off by itself.

I had high expectations for Jazz but when I started to transform him, every part of him was loose. Head, legs, arms, waist, it all feels like an old GI Joe figure thatâ€™s about to fall apart. Donâ€™t get me wrong, he looks the part, just donâ€™t touch him once he is standing.