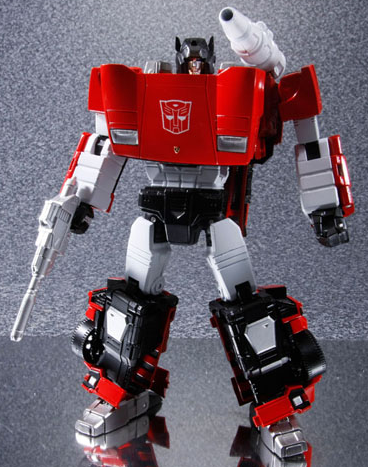 MP-12 Sideswipe Lambor is likely the greatest version of Sideswipe, Lambor and a true masterpiece of a Transformers figure.  A centerpiece of your collection get yours at Toygeek your source for everything Transformers. 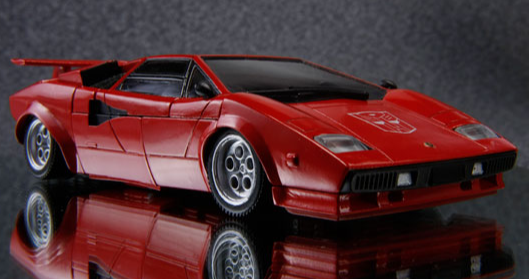 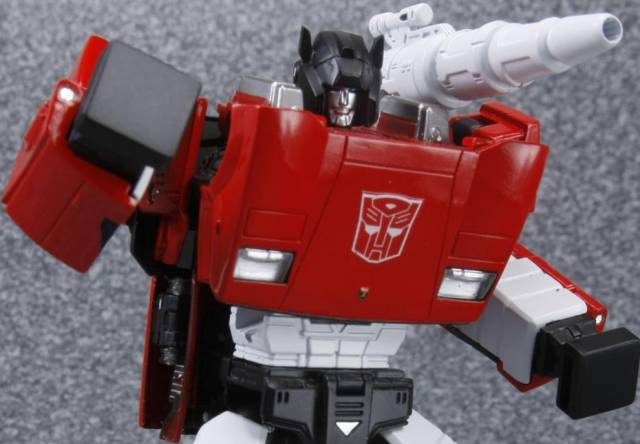 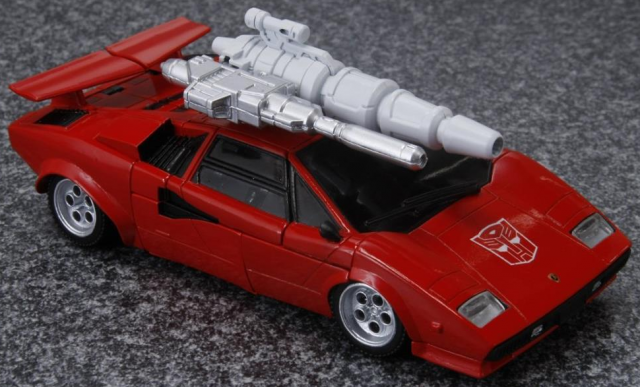 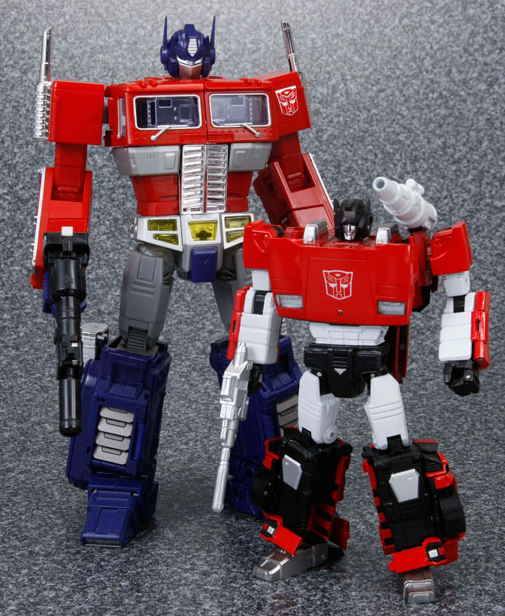 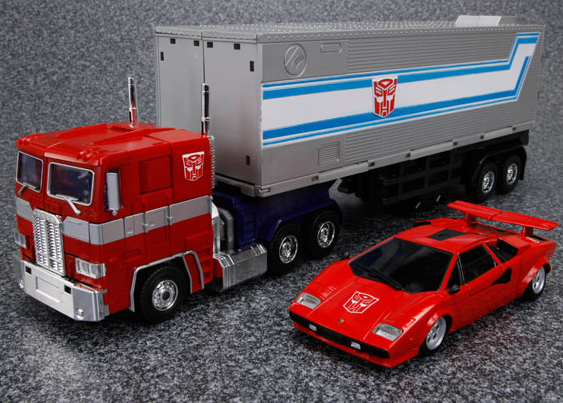 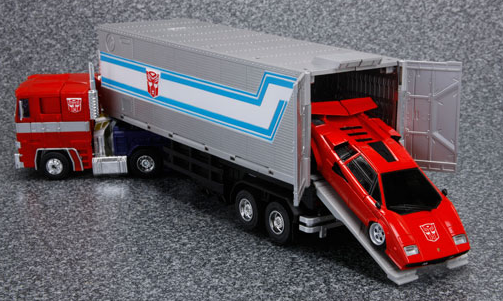 I managed to order this guy before it went OUT OF STOCK again and the timing on the delivery was impeccable. A definite must have for any collector. As with many previous feedback posts, the only problems I had are the mismatched color of the doors and the plastic tires. For the amount of $$$ we're investing in these figures (THROUGH NO FAULT OF TF SOURCE) they should be no less than perfect!! After all, they are MASTERPIECES

Got the order in 6 days. TFsource is awsome.

If you're a Masterpiece collector and been on the fence over Sideswipe don't. The figure is amazingly done. The detail is great, and the design is fantastic. I wont say THIS Sideswipe is the best since we're getting a G2 variant. But if you like the character don't pass it up before prices go up again.

why can't all transformers be this perfect

Overall an awesome figure! I agree that the painted panels should have all matched better and that the paint job is generally bubbly and flaking, but to me... My first impression was that it felt cheap and plasticy simply brcause of the wheel being loose with no rubber tires. For the price, these figs need rubber tires. Please be sure to resolve this before more masterpiece figs like Prowl and Smokescreen and Bluestreak.

This figure is amazing. Absolutely love it and would recommend to anyone who is a collector. If you have been on the fence don't wait too long!!!

Seriously though, the alt mode looks like it belongs in a Crue video.
Robot mode makes for one righteous soldier, the facial expression and the eyes, the articulation, and everything feels straight solid.
Transformation is some impressive engineering, meaning very clever, not too simple, and provides an outstanding shape w/o the insane complication of a Human Alliance figure.
He's def not as impressive as MP-13, but a super solid addition. And def spring for the Dr Wu die cast pile drivers; make a huge difference in display

Great looking, good stiff joints, nothing loose or floppy, and excellent articulation. My only gripe is the plastic wheels. A masterpiece deserves rubber tires. Other than that I'm very happy with the purchase.

There is a lot to love, about this figure. Both modes are super accurate, tight joints, and it gets in to great poses. If you've read some of my other MP reviews it going to start sounding the same. We need a premium paint job on figures. In the same line as an MP King Grimlock or a MP Megatron. That is what's really holding this figure from greatness.

I just received this guy today and he is soooo awesome! The poses he can lock into and his lambo mode. Is amazing! I didn't have any flaws or paint issues with mine! You won't be disappointed so buy yous now!

By all means this is the best Sideswipe to date. I like the fact that they are scaling the new Masterpiece line properly. That being said, there are some issues. The paint is sloppy, the door panels are slightly different red than that of the body. The intake vent black paint is poorly applied and runs onto the body red. The tires are plastic, really, plastic... At best this is a $50.00 figure. I expected better execution from Takara Tomy, especially for $90.00. Good build for both modes of transformation earns this 'Masterpiece' 3 stars.

The hallmark of a Transformer is its ability to form both a perfect rendition of vehicle and character form, without a transformation that kills you in the process (think ROTF Leader Prime). Lambor succeeds beautifully there, providing both a lovingly crafted car mode as well as a dead-on Sideswipe character model. The transformation is clean and easily repeatable without a lot of fuss. Engineering wise, this is highly recommended.

The glaring downside however in a piece this expensive, is the paint apps. The difference in red color between the body and cockpit is obvious (due to the material they're layered onto). And worse, in my particular model the silver paint that lines his shoulders was already severely chipped off in one spot, and bubbled in another. FRESH out of the box. As they say, always take caution with a Takara first run. Fortunately a little touch-up with my Elmer's silver paint pen did wonders here so it's livable.

Everything Andrew says,but... wish they would have dished out maybe .50 cents more to give him rubber tires and maybe little metal but still overall an amazing figure A+ Takara

Out of 10 id give this a 9.5 mine anyway, I have some Quality control issuse with it nothing major but bare spots with no paint where there should be and debris in the paint.... BUT I can overlook this and say its a awesome figure and TFS shipped quickl and was packaged perfectly. I will be buying more.

MP Lambor, or MP Sideswipe, here in the States, is simply put, amazing.

He is the size of a large deluxe figure in Robot mode but the articulation, detail and over all sturdiness of the figure is unprecedented. Everything pegs firmly into place throughout the entire body, so you're left with a show-accurate, rock-steady action figure of everyone's favorite show-off.

Even the weapons peg in nice and secure so unlike previous Master Piece figures, there's no sign of him dropping anything.

In vehicle mode, he's a breathtaking perfect rendition of a Lamborghini Countach LP500s, and would easily pass as a model kit of the car on anyone's desk at work!

For the price (cheaper than some 3rd party toys) and amazing detail you're getting with this piece, I don't see how anyone can pass him up.