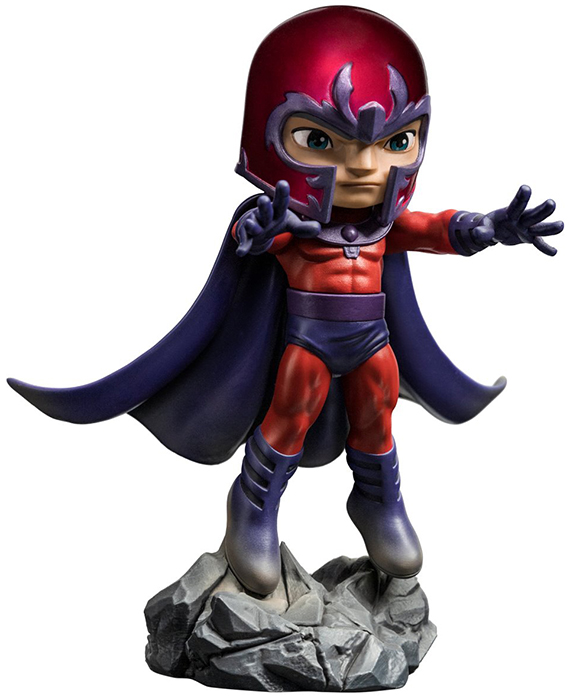 Wearing his classic suit created with his powers, made of an amalgam of various metal alloys, as strong as Iron Man’s armor, the mutant master of magnetism floats over a pedestal of metallic minerals with his arms opened, using his broad control powers over every form of magnetism to manipulate any metal and electromagnetic fields. In their best Toy Art style, Iron Studios present this figure of Magneto, releasing the first supervillain in the MiniCo collection inspired by Marvel’s mutant heroes.

X-Men’s greatest rival, Erik Lehnsherr, better known as Magneto, although considered by many a supervillain, Magneto is not that bad because, despite the rivalry, he’s also Professor X’s old friend, being many times a member and ally of the group of heroes created by Xavier, with whom he differs because of his opposing ideals. Besides his great omega-level mutant magnetic powers, Erik is a genius in many scientific fields, being a specialist in genetic engineering and mutation. Creator and leader of the group known as the Brotherhood of Mutants, he doesn’t believe in living in harmony with the humans, and because of that, aims to conquer the world to allow the mutants, a race he considers superior, to become the dominant species on Earth.

Add to your X-Men MiniCo collection and order your Magneto at ToyGeek today! 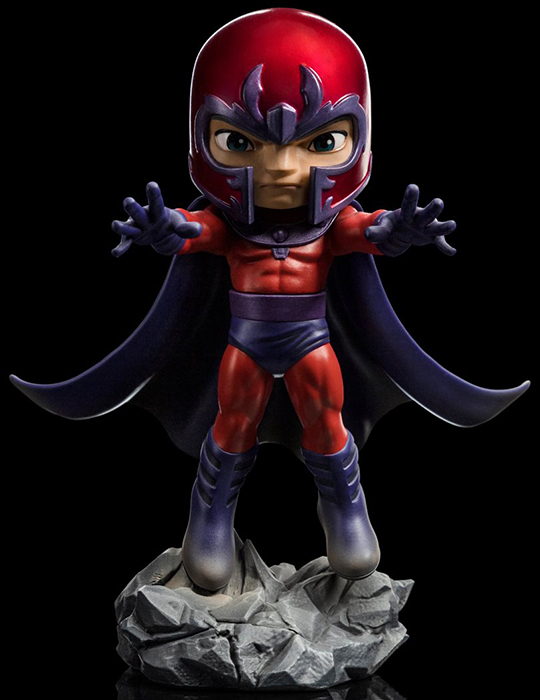 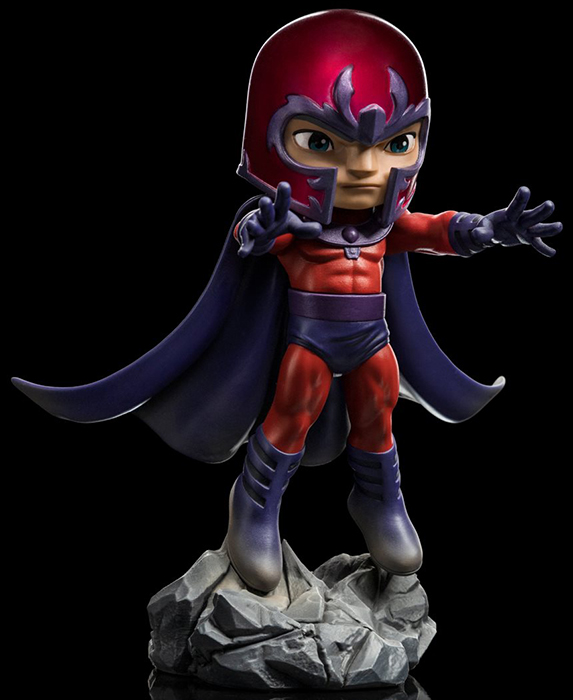 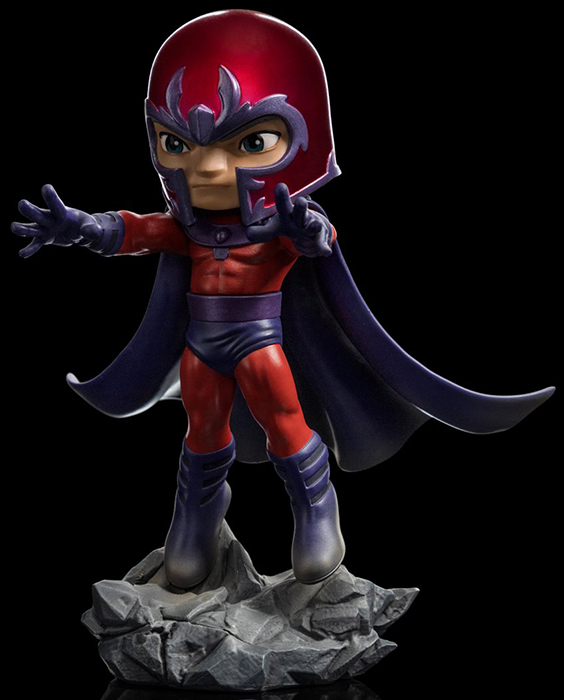 MiniCo Magneto is made of plastic!