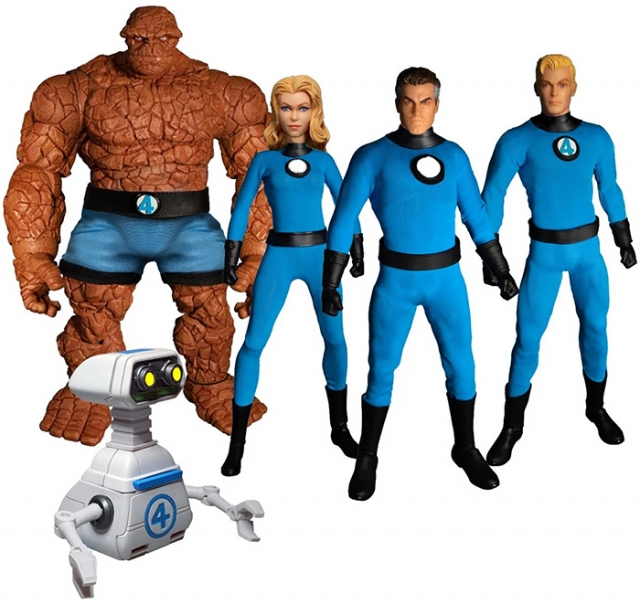 This deluxe steel boxed set contains all four members of the Fantastic Four, outfitted in their Unstable Molecule team jumpsuits as designed by Sue Storm and Reed Richards, except The Thing…he doesn’t do suits. Each character comes complete with multiple head portraits and character-specific accessories.

Reed Richards, also known as Mister Fantastic, utilizes his incomparable scientific brilliance and pliable form to lead the team. Mister Fantastic is the first One:12 Collective figure to come with an interchangeable torso featuring an internal skeleton armature that is durable yet highly posable.

Sue Storm Richards, also known as Invisible Woman, has powers of invisibility that give her the ability to both turn invisible and project invisible forcefields. Sue acts as the leading maternal figure of the Fantastic Four giving the team balance and guidance. The Invisible Woman comes with multiple energy shield, psionic forcefield, and projection FX.

Johnny Storm, also known as the Human Torch, burns up the sky with an unquenchable love of adventure and always has the backs of his family. Flame on! Human Torch comes with a range of flame FX that attach to his body as well as an interchangeable neck and head, allowing him to take on his flame form. He’s equipped with multiple fire ball FX and a flame blast FX stand with light-up function.

Ben Grimm, also known as The Thing, is a powerhouse with a heart of gold and the backbone of his team. The Thing comes complete with a removable trench coat and fedora to help him disguise his identity, as well as posable streetlamp and metal beam accessories that he can hold.

H.E.R.B.I.E is included and here to help! He features an onboard super-computer and mobile lab with sliding analysis tray, pop-out scope, arms, and rocket boosters.

The Fantastic Four gained superpowers after exposure to cosmic rays during a scientific mission to outer space. The team is dedicated to the betterment of the world through scientific discovery and defense against evil.

Add to your One:12 Collective collection and order your Fantastic Four from ToyGeek today! 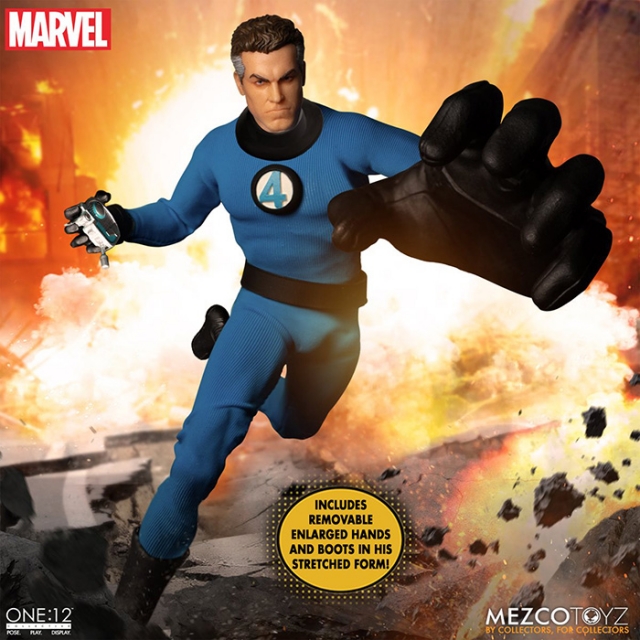 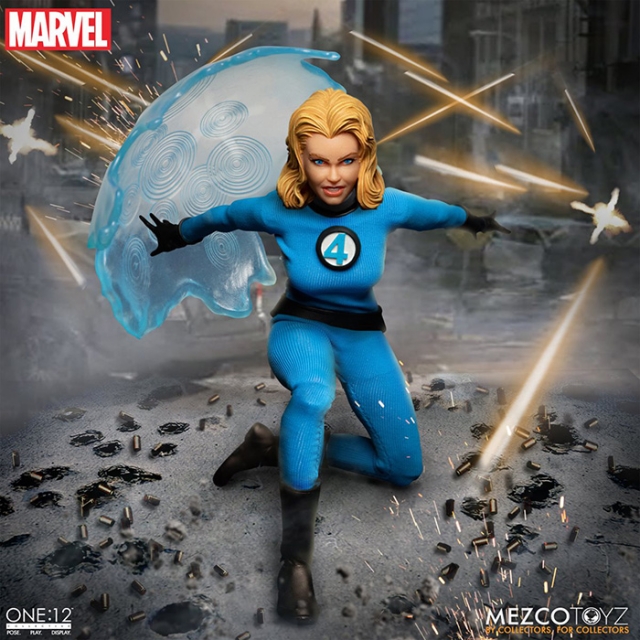 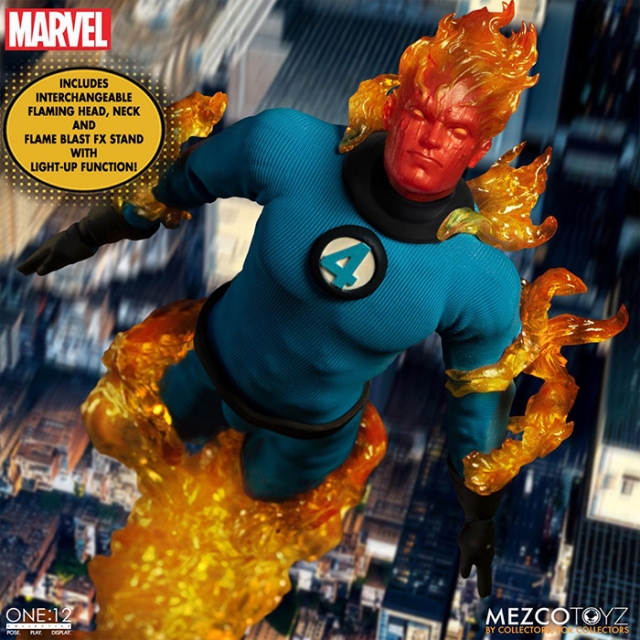