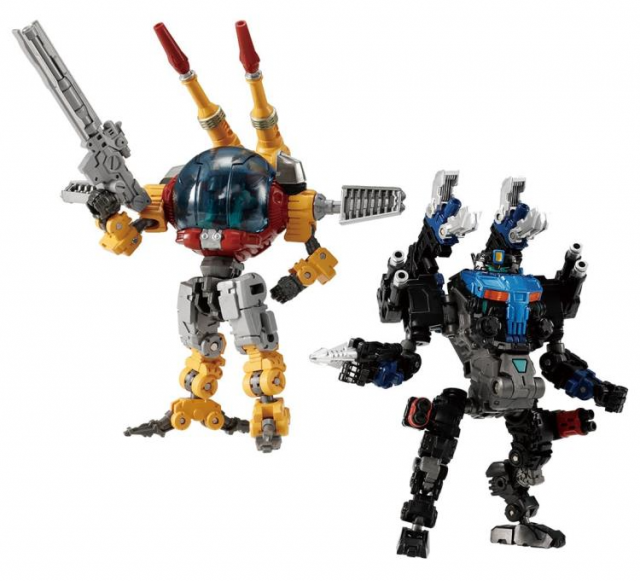 The Diaclone World of movable 1 and 3-inch figures and Powered Systems continues with Powered System Maneuver Epsilon and Taurus along with a wealth of equipment as a mobile base set!

Maneuver Epsilon is an aircraft organized for destroying Walder suits. Multiple weapon parts are included, allowing its armed form to be expanded by combining weapons.

The multifunctional fighter unit measures a total length of about 3 inches and comes with a pulse beam rifle. One Diaclone member and a Diaclone female member are included, along with an entire console featuring chairs, triple graviton cannon unit, twin blaster, and a combat bike.