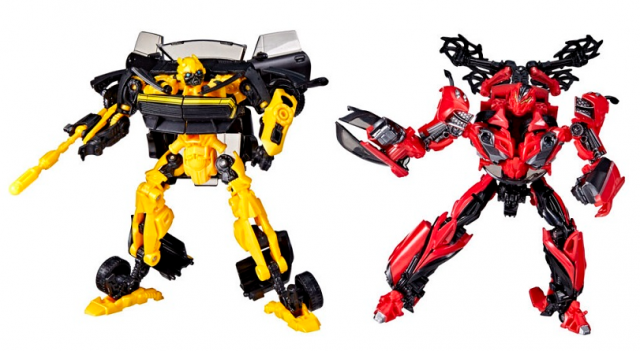 You've probably heard the buzz, but Bumblebee is kind of a big deal. And now the bodacious bot is making his mark with a line of some of the most buzzworthy Bumblebee products for fans of all ages. See what all the buzz is about, only at Target.

Bumblebee and his Decepticon alter ego, Stinger, battle to determine who the superior bot is. Remove backdrop to showcase High Octane Bumblebee and Decepticon Stinger figures in the Duel of the Doppelgangers scene. Figures feature vivid, movie-inspired deco and include detailed blaster and blade weapon accessories inspired by the film.