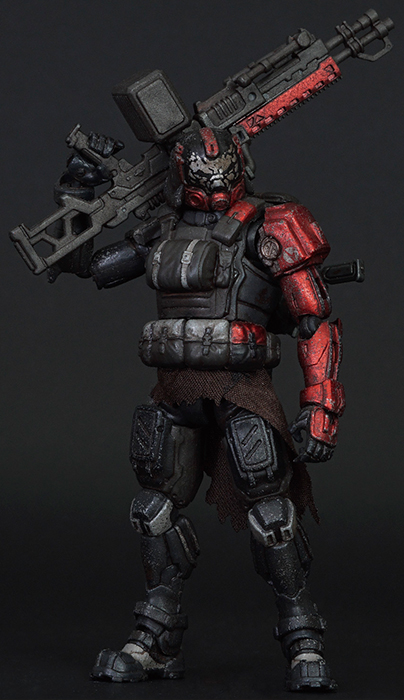 During the Unwelcome War between Gafia and Estancia, Gen. Titus Vanovich of Omanga, on the side of the Gafians, led a division of troops through the Vlachia Gray Zone straight into the Estancian heartland, where he and his men unleashed a biochemical weapon, bringing a terrible Gray Storm down upon the country, hastening the already ongoing process of desertification and sealing the kingdom’s doom.

The man known as Gauntlet was a youth when he joined Titus' march. He was cunning and an intelligent fighter, but overconfident. No one knew where he came from, and he refused to show his face - many suspected him of being an Estancian defector. During the fighting, he lost his arm. But when he returned to Omanga, he was strangely overjoyed to have a powerful mechanical gauntlet grafted to his body. Impressed by his resilience and guile, Titus recommended Gauntlet to have his own independent platoon.

Now, Gauntlet and his 'Blacksand Squad' patrol over the Estancian Gray Zone, where they frequently skirmish with the Agurtan Hellbenders and Soil Ghost warriors.

Add this to your FAV collection and order your FAV-A77 Gauntlet from ToyGeek today! 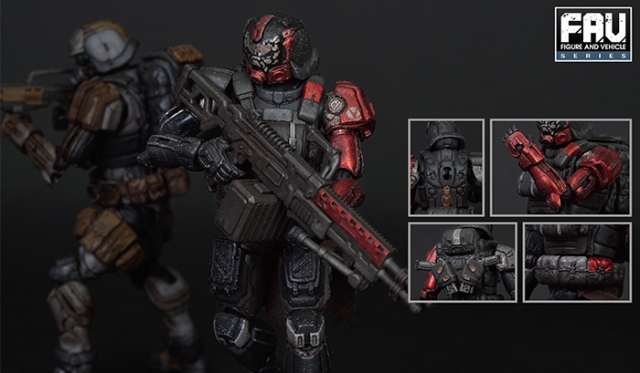 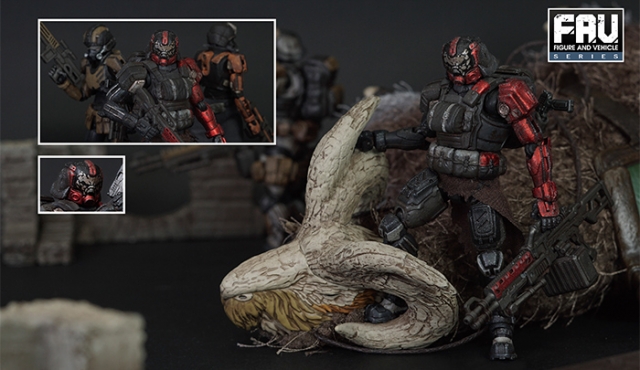 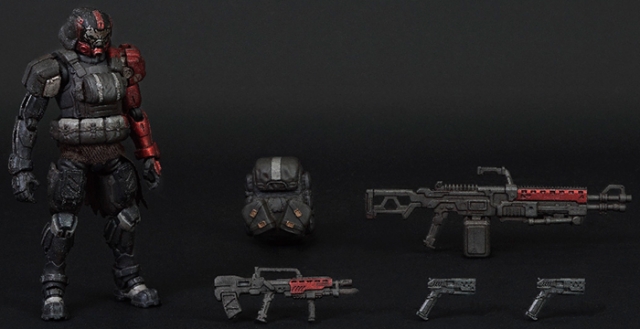